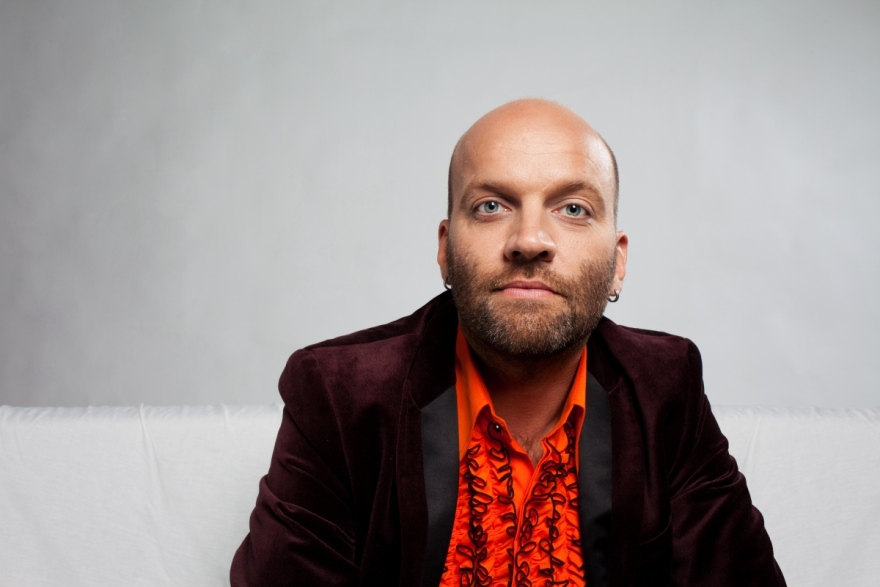 – It feels fun to come up with a little sign of life. After all, I spent a lot of time and effort last year trying to make the world aware that I was recording my life's album, that is, Nashville-produced Lucky Day, which I am still extremely proud of, says David Myhr, who came in contact with the song Work of love via composer Jimmy Lagnefors.

– It was already done when Jimmy asked me to sing the lead song this summer so he could present it to the director. Then he contacted me a few days before the film sound was to be finalized and said that the song actually comes into the film and wondered if I wanted to remain as a singer. I thought it sounded fun and I thought it was just as good that I was behind the song as an artist as well, says David Myhr and says that he could not refrain from making some improvements.

– The song was two minutes long and I felt something was missing. So I took the liberty of writing a dreamy stick to create some contrast in the song where I tried to connect textually to the melancholy wedding desire of the existing song lyrics.

Takes place in the swedish mountains

The film takes place in the Swedish mountain world and the song Work of love was written for a fast-paced scene on the slopes.

– The filmmakers needed a song that was very energetic and I think Jimmy Lagnefors (who wrote the entire soundtrack) in this case took inspiration in various 60s pop and power pop. That's probably why he came to think of me as these styles are close to what I've been focusing on over the years.

Alongside his own music career, David Myhr teaches industry knowledge, songwriting and music production at the university's music education in Piteå. Too be active in the industry, he sees as crucia so not to lose in relevance and credibility.

– I feel that it is very important to still be active in what you teach. I think the students also appreciate it, that you take current experiences into what you are talking about, says David Myhr and continues.

– My research is about melodically creating processes. It's an area that has fascinated me for a long time and I thought I would quickly find the answer to why you do what you do. But it is very difficult. I have come a long way but it is obvious that everything is very intuitive and thus difficult to explain. When I think of the melody for this piece, I feel very satisfied afterwards with the few notes and chords I found. But I wrote it in type five minutes when I decided that the song needed a stick. What exactly happened in my head when I chose these tones? Yes, I probably need a few more years to find the answer.