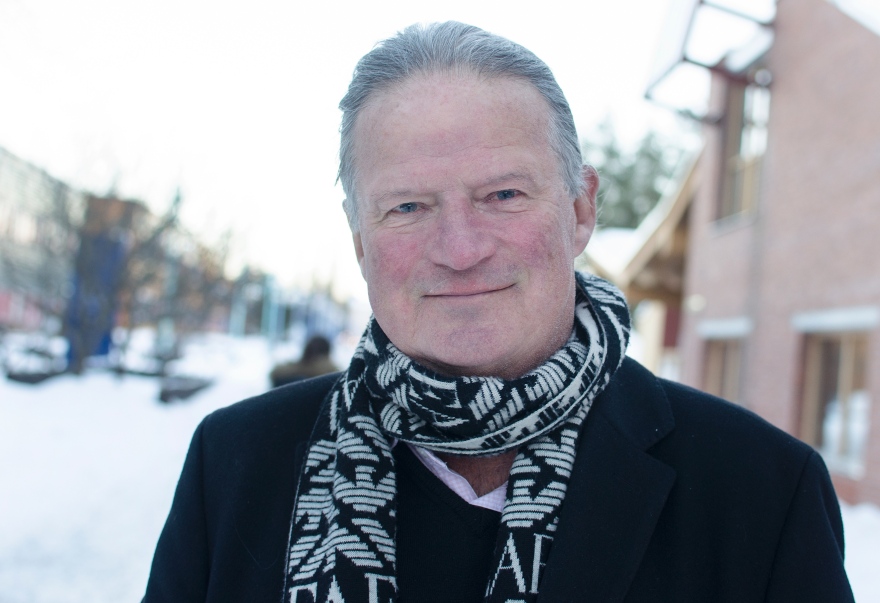 - To use a movie quote, it feels surreal but nice (Hugh Grant from the film Notting Hill, editor's note.). It's the first time that I write film music, so it is not possible to imagine a better response, says Jan Sandström.

Jan Sandström works as a professor and teacher of composition at the Music Academy at Luleå University. He has written music for orchestra, choir, opera, dance and radio plays. After the director and screenwriter Jonas Selberg Augustsén contacted him, he can now also add a soundtrack to the long list of merits.

- He contacted after he heard a radio program about me and we clicked right away, says Jan Sandström.

The film Sophelikoptern is about young Roma who travel through Sweden to supply a clock to their grandmother.

- It is a kind of road movie in which a number of exciting things happen on the trip. Jonas did not want the music to be Roma, but rather the Swedish National Romantic style by Lars-Erik Larsson, says Jan Sandström who like working with film again.

- I feel satisfied with the end result and Jonas and the crew thought the early sketches sounded just fine, so it was a nice - and very funny - trip I gladly repeat. Working with film is something special, and it's great to be able to go into a new room and play.

What would it mean to you if you win Guldbaggen?

- I'll be honest and say that to me is a nomination, one of three in the category of best film music for over forty films, quite enough.

Read more about it here