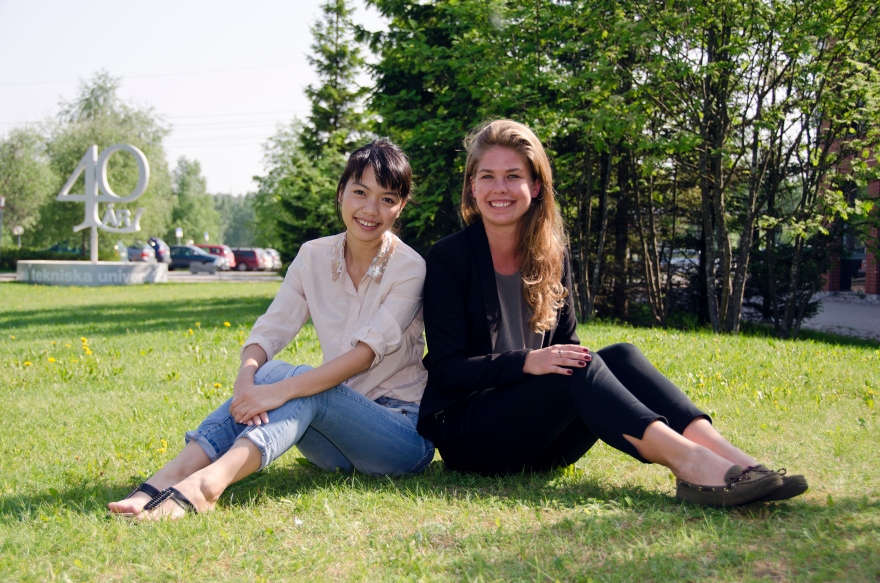 Microloans are used in India to stimulate small businesses, but according to Josefine Gustafsson only  twelve per cent of the borrowers in the country has some experience of running a business. The level of education is generally low and many cannot read or write. A large number of borrowers therefore fails to create a profitable business. The result is that clients often borrow  more and poverty is increasing rather than decreasing.

Josefine Gustafsson and Sandra Nguyen is interested in Asia and has studied in China. India therefore fell as a great opportunity when it came time to write the thesis.

– China and India are both major economies right now, so it was really fun to go over there and experience the culture-related differences but also the development that India is going through. It was really an interesting time, says Josefine Gustafsson.

Fills a gap of knowledge

Josefine Gustafsson and Sandra Nguyen wanted to study microfinance institutions to see whether the repayment rate was higher among the borrowers who received a financial education.

– There are not many whom have written about this particular combination of micro-loans and training, either at first cycle or or research level. The area is fairly new, says Sandra Nguyen.

Undertaking a thesis in India can test your patience’s. Josefine Gustafsson and Sandra Nguyen says  it took a really long time to get answers on emails and to get hold of the right people. Despite this, the students conducted interviews with people at two microfinance institutions that wish to remain anonymous, a bank and a non-profit foundation.

– When comparing the non-profit organization and the national bank, we could see that there was quite a difference between the repayment levels. The non-profit organization showed a repayment rate of 99.8 per cent. They offered a formal education in contrast to the bank where the corresponding figure was 80-85 per cent. The conclusion is that education in the extradition of microcredit contributes to a higher reimbursement level, says Josefine Gustafsson.