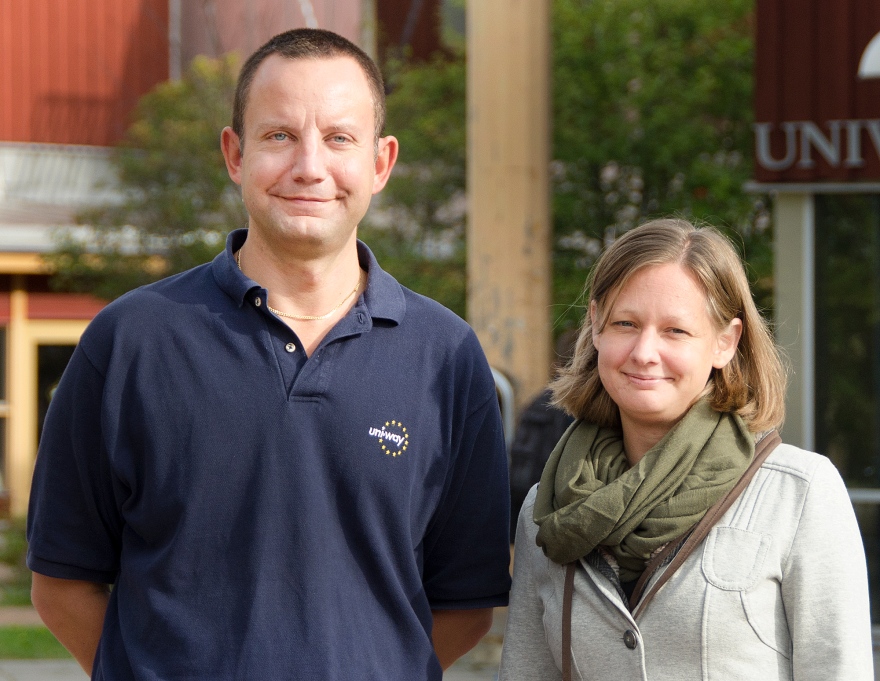 Jesper Stage and researcher Camilla Andersson is the university's representative on the project. Photo: Lars Andersson

- The largest sources of emissions in the world is fossil fuels but also deforestation in the developing world is a major climatic hazard. We therefore hope that the project can provide us and the politicians in Tanzania answer on how best to change their forest management, says Jesper Stage, a professor at Luleå University of Technology.

Requires a change in forestry

As the population of Tanzania increased in recent decades, the pressure on the country's forests have become larger and larger. Smaller forests has led to higher emissions of carbon dioxide, which has received environmental organizations and rich countries to demand a change in forest management in Tanzania and neighboring countries.

- Historically, the forests of Tanzania has been commons where people farmed resources as needed but as population growth forests have been devastated. Therefore, the country has now begun testing a variety of other forms of management, such as village management, where residents are responsible for the woods not being overused in exchange for monetary compensation, says Jesper Stage.

Will find the best form of management

A problem with this form of forest management is that many just go to other forests and take what they need there instead. Another problem is that people who depend on forests risk being hit hard when they can not use it to the same extent as before.
The main objective of the study is thus to show which form of management that provides the best and most effective results but also the possible negative consequences the various models can bring.

- For example, a reduction in the extraction of forest can cause the prices of charcoal in urban areas to increase, which can cause them to move to other energy sources that are even more harmful to the environment, says Jesper Stage.

Can take a lesson from the example of Tanzania

If Tanzania would find a successful form of its forest management Jesper Stage belives that could have significant effects in the region.

- Many countries in the region have similar types of forest and experimenting with similar management models, so the lessons learned from Tanzania should be of interest also for other African countries in formulating their forest policies.

The project is called Restoration of Forests, Carbon and Livelihoods: REDD + and the economics of Miombo land use and is a collaboration between Luleå University of Technology, Swedish University of Agricultural Sciences (SLU) and researchers in Tanzania. The study is funded by the Swedish Research Council and will run until 2016.