The project has improved our understanding of the spatial price impact on forest markets from the introduction of new high-volume user of forest biomass, such as large-scale biorefineries. Generally, increases in demand for forest feedstocks for production targets of 2nd generation biorefineries have little impact on average prices, in the short to medium term.

For the spatial assessment, a set of plausible future scenarios is outlined for an introduction of large-scale production of transportation biofuel. The assessment is based on price impacts and changing allocation patterns on forest feedstocks. The scenarios included in the analysis represent the projected demand schedule for forest feedstocks in Sweden for incremental biofuel production targets by 2030. 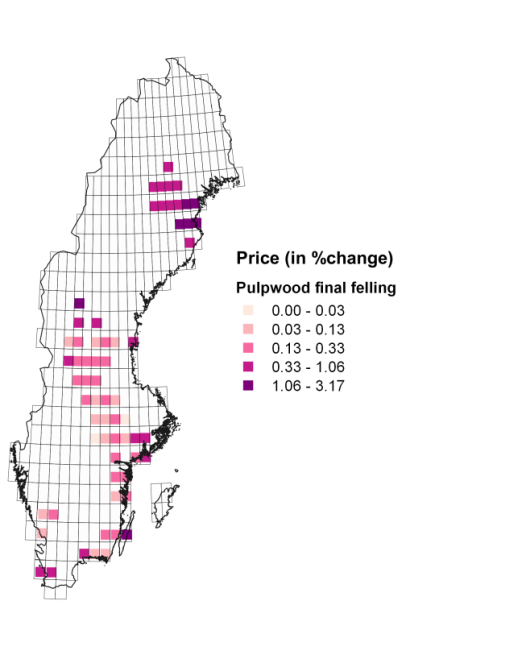 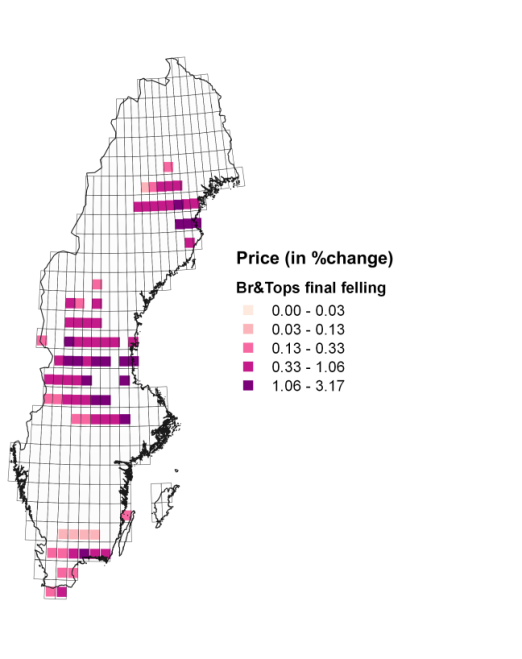 We observe that the highest price impacts do not always match up with locations where demand pressure is highest. This implies that the severity of the competition effect will tend to be more localised, and is affected by local conditions in terms of availability of woody materials and costs.

The results show that feedstock prices will not, in general, increase that much from an increased biofuel production. This implies that the production of considerable volumes of forest-based biofuel is possible, without significantly increasing the competition for the feedstock within the Swedish context. This reduces the uncertainty of feedstock prices for investments in large-scale biorefineries.

From a policy perspective, there is no need for market intervention to secure woody feedstock availability for any particular use or to even-out the argued price effect on the feedstocks from implemented energy policies. Instead, the results suggest that policy-making should focus on the locational linkages of price impacts.

In general, plant costs (capital cost and O & M) have the largest impact on the economic performance, followed by the total feedstock cost (internal or external, depending on case, plus feedstock transportation). The impact of plant costs is most significant for smaller plants while feedstock related costs dominate for larger plants. High transportation cost for the feedstock clearly limits the performance of the large-scale investments.

Our results suggest that, in economic terms, size matters. This is because the specific capital cost decreases with scale of production. Capital cost is not a linear function, contrary to all energy related flows, but decreases non-exponentially per produced unit with increased production (economy-of-scale). 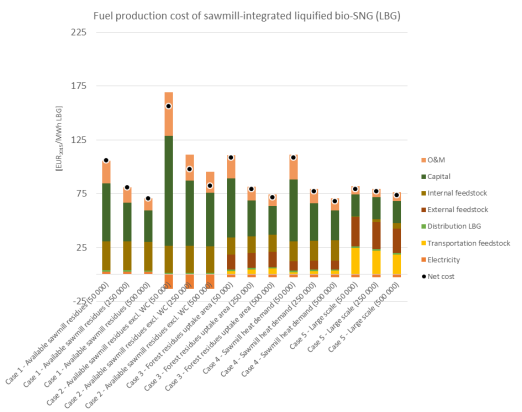