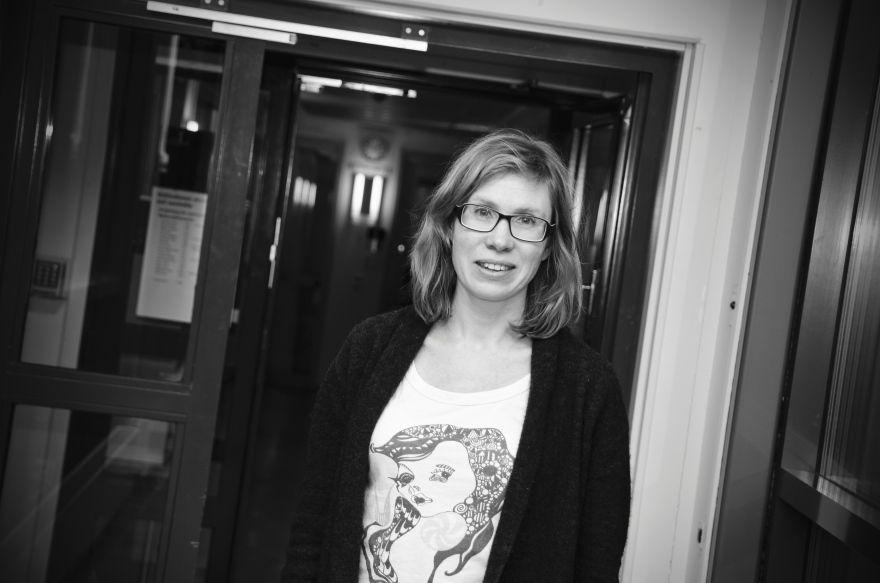 As a result, she was asked to join a project on future alternatives for the Nordic countries to meet tougher climate targets, initiated by the International Energy Agency (IEA) and Nordic Energy Research.

The International Energy Agency (IEA) has for the first time published a special report on the Nordic energy system. The report includes scenarios on how the Nordic countries can jointly achieve a carbon neutral region by 2050. LTU has participated in the work by adding a Nordic perspective to the global energy model that is the basis for the scenarios.

Energy models are available at all levels from regional, national, multi-national to the global level. The analysis is supplemented with other models to take into account aspects that cannot be described in the larger model. At the core of the IEA scenario work is a TIMES based energy system model - the same type of model Anna Krook-Riekkola uses in her research.

– Let’s look at our need to wash clothes and put it into the context of an energy modeler. How do you get the electricity to the machine? Where does it come from? Is it from coal, wind or biomass fuels? Is it from condense power or from combined heat and power? What happens if we continue to have low carbon prices in 2050? What happens if we put a cap on carbon dioxide? These questions can be answered by describing "all" potential technologies along with their techno-economic characteristics and limitations in an energy system model. Running the model, identifies the least cost technologies needed in order to reach a renewable energy target or a cap on carbon dioxide emissions, explains Anna Krook-Riekkola.

Anna Krook-Riekkola adds that previously the IEA has mainly worked on a global level, divided in larger regions. Even though some national details are captured in the global model, it is not possible to include all national potentials and energy solutions. Nevertheless, in order to meet tougher climate targets, the global analysis have to find ways how to better take into account the conditions in each country and the successful examples. The Nordic countries have a long history both in implementing environmental policy instruments (like carbon and energy taxes) and cooperating across national borders. This has significantly influenced the design of today's Nordic energy system which now is an almost fossil-free power system. National energy system characteristics affect how the energy system is described in the models: The Norwegian energy models have traditionally focused on the electrical system with a high time resolution in order to capture variations in the hydropower. In Swedish energy models the heating market has been a key part depicting the electricity and the heat market in interaction through cogeneration.

This is one reason why the IEA is now focusing its attention on the Nordic countries. The report Nordic Energy Technology Perspective is the first regional edition of the IEA's global publication Energy Technology Perspectives. The project is a collaboration between the IEA, Nordic Energy Research (an intergovernmental organisation under the Nordic Council of Ministers) and leading research institutes in Denmark, Finland, Iceland, Norway and Sweden.

The Nordic edition includes scenarios on how the Nordic countries can jointly achieve a carbon neutral region in 2050, and how the Nordic countries can contribute to the transformation of Europe's electrical system from fossil to more renewables. The report shows that this requires a total phase-out of fossil fuels in the Nordic electricity system; an increase in wind energy from the current 3 percent to 25 percent, grid-expansions both within and between countries and a radical change in the transport sector. The Nordic region is also important for the conversion of Europe's electrical system. For example, Norway's hydropower can act as a buffer against the increasing electricity from wind and solar power in Northern Europe (like Germany and UK). In the future the Nordic region will become an even bigger net exporter of electricity.

– The study shows that, whist very challenging, it is possible to achieve an almost fossil free Nordic energy system. It shows that while taking advantage of the most efficient technologies, we must also implement structural changes in urban planning to facilitate a reduction in traffic, especially when designing new areas. It is important that we start now, so that we don’t lock in urban development with high energy demands. Appliances can be replaced, but our urban fabric has a life cycle of at least 50 years, says Anna Krook-Riekkola.

The report will be presented in more detail at an event in Stockholm on February 11th.

Further information about the project and the IEA report.