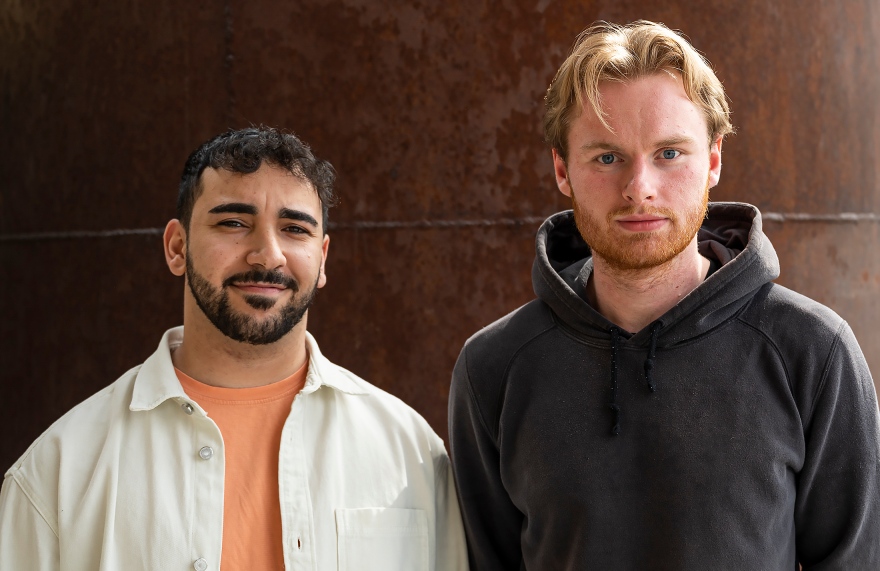 Olle Hage is a senior lecturer in economics and a qualified teacher. The Swedish Championships in Örebro is his sixth time as a judge in the competition.

“It's not something I get paid for but it's worth taking part anyway. I enjoy supporting an event organized by the students themselves.”

Students are assessed in four different economics subject areas: economics, accounting & governance, marketing & organization and general economics. The latter area can deal with issues that belong in law or statistics as well as purely general education issues. Each area has a judge. In addition, there is a chief judge.

Show that they understand

“Most questions require that the competitors do not just answer correctly. They must also make a proper analysis to show that they really understand the issue."

“I called Magne Björnholm and asked him if he wanted to join me in Örebro and compete. Magne is smart. In addition, he is in the first year of a master's degree in economics, thus he has the first year fresh in mind.”, says Isak Al.

Both in writing and orally

The final consisted of both written and oral questions. Some of the questions are pure factual questions with an unambiguously correct answer, while other questions require students to be able to make convincing reasoning.

“The last question was crucial. Luckily, I had just had an exam in applied macroeconomics. Thanks to that, I was able to answer the question”, says Magne Björnholm.

Despite the fact that the other teams consisted of three competitors, things went well for Isak and Magne. Together with a team from the Stockholm School of Economics and Karlstad University, respectively, they will compete against teams from Finland, Denmark and Norway in Helsinki this autumn.

“Norway is considered a favorite. But I am a competitive person so I go in to win in Helsinki”, says Isak Al.

Read more about our economics programmes

Read more about the Bachelor of Economics program