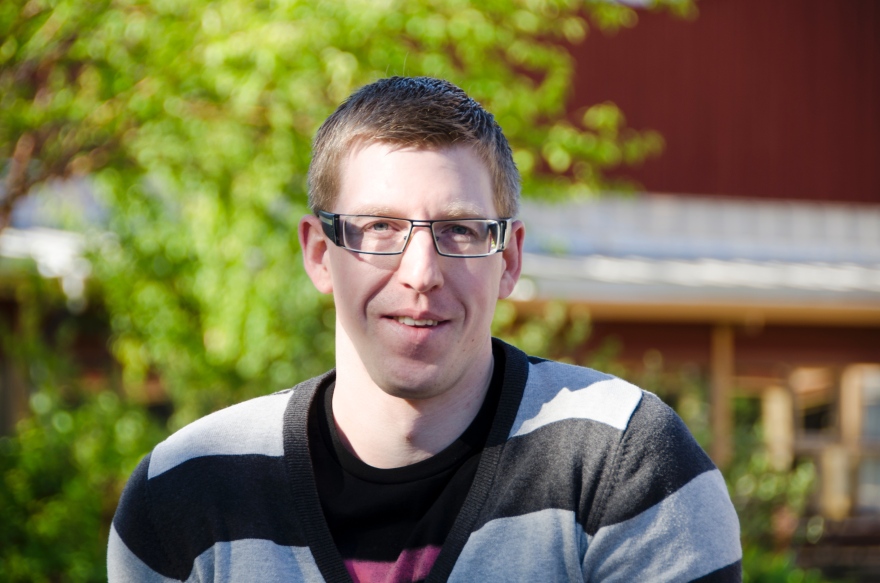 – This fact has received some media attention, but it doesn't seem to have reached the public yet, says Magnus Wikman.

– The problem is: To receive an added value when I buy actively managed funds, the return must be higher – because fund fees are higher. According to the theories involved, it is very difficult for fund managers to select stocks that outperform the market on a risk-adjusted basis. This means returns in relation to the undertaken risk, explains Magnus Wikman.

The essay completes a knowledge gap

Magnus Wikman is studying the Bachelor Programme in Business and Economics with a specialization in national economy. The idea for the essay came when he made a ten-week internship at a bank. He sat at many client-counselling sessions and found that the employees often recommended actively managed funds.

– I'm very interested in mutual funds, stocks and the stock market in general.

The LTU student began his work by reviewing previous research in the field, mainly American and British. He found only two studies from Sweden, which were relatively old. Therefore Magnus Wikman thought that a new investigation was warranted.

In the essay he analysed 13 large Swedish mutual funds and how they performed against a benchmark over a decade. This was done by using Jensen's alpha and Sharpe ratio.

In Sweden there are approximately 5000 funds. The LTU student had to set up seven criteria in order to limit his work. To be able to reflect the Swedes' mutual fund holdings and make the investigation fair, he chose mutual funds that invest in the Swedish stock market, has been legally domiciled in Sweden and at least one billion in assets.

The result of the essay was much like Magnus Wikman had expected. His investigation showed that the actively managed funds failed to achieve their goals.

– The conclusion I can draw on the basis of my sample group is that ordinary people should buy the cheaper index funds instead. Savers lose so much because of the high fee that the actively managed funds charge. In the long run it will be a big difference performance wise. There is also a lot of research in the U.S., which show the same result.