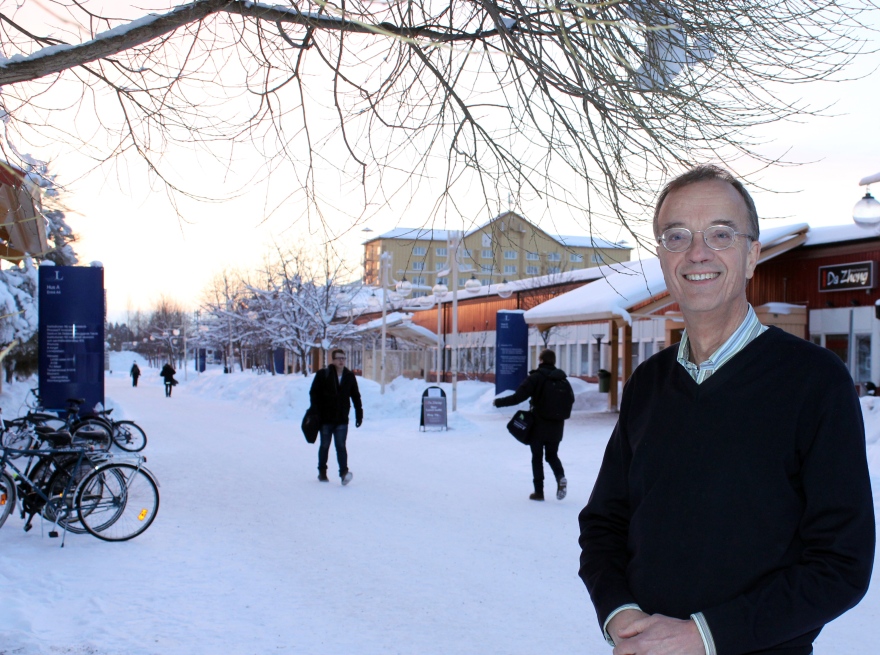 - Mine in Pajala is no IT bubble, mine and iron ore are there and the demand for iron ore is large in the world. I think they will have style to it, but it's hard to go from innovative exploration to mining of ore. The most common is that the projects are handed over to companies with more muscle and resources to handle the problems that arise. But in Australia a new mining company Fortescue started, 4-5 years ago. Now it is one of the five largest iron ore companies in the world and produces nearly 100 million tons of iron ore per year, says Magnus Ericsson, mineral economist at Luleå University of Technology.

South African miners' union
Since 2009, Magnus Ericsson is an adjunct professor in economics at Luleå University of Technology. For several decades, Magnus Ericsson built knowledge, and has become, one of the people, that has the best overview of the mining industry. Together with his colleagues, he has mapped all of the world's mine and mining companies and continuously monitor their investments. In the mid-1980s, he was in fact about to start the renowned Raw Materials Group, whose mission is a database of all the world's great mines. He has visited many of the mines in place and has built up contacts up to the presidential level. His network and knowledge of the industry is unique.

The clients of Raw Materials Group include, among other banks, equipment suppliers, mining companies, international organizations and governments.


- From the beginning it was a political commitment to start the Raw Materials Group. Support to do so, came from the Swedish mining union and early, we initiated a collaboration with South African miners' union the National Union of Mineworkers, says Magnus Ericsson.

Iron ore prices remain high
Luleå University of Technology is the only university in Sweden, where the economics are focused on mineral economics, ie economics with a focus on energy minerals and metals markets. A mineral economics main interest is to understand the functioning of the market for different metals and minerals, supply and demand and how the industry can contribute to sustainable economic development. Profitability in the mining industry is huge right now.

- And the high prices in terms of iron ore lasts another 10-15 years and will then never sink as low as they were a decade or so ago. Economic development can´t occur without metals whether for personal consumption or construction of infrastructure such as roads and bridges, he says, and glances toward China.

He points out that certain metals can be recycled, in order to meet the increased demand, but then it first has to be made time to wear out, and the demand is higher rate than that. New mines will take about ten years to establish and cause the metal prices are soaring.

- They began to be willing to pay high spot prices for iron ore, because the buyer needed, iron ore acute right now. Some Chinese companies also sold iron ore to a higher price than they bought it for. So the system has outlived itself, even if it is not completely phased out yet, to favor exchange rates, says Magnus Ericsson.

Now exciting missions are approaching, as a representative of Luleå University of Technology in the European Union in matters relating to research and mineral economics in the context of the European Innovation Partnership (EIP) as well as his own research projects on exploration.