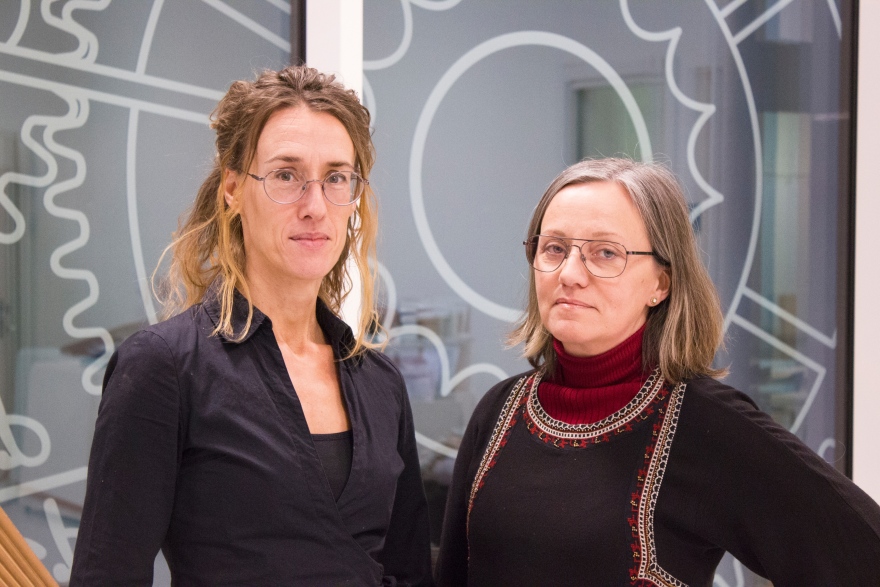 To ensure that the courts continue to consider the positive environmental impacts of wind power a change in the law is required says Maria Pettersson and Kristina Ek at Luleå University of Technology Photo: Linnea Lindberg View original picture , opens in new tab/window

The Swedish Energy Agency and the Swedish Environmental Protection Agency has implemented the knowledge program called Vindval. The project, in which researchers at Luleå University of Technology participated, consisted of two parts. In the economics part studies of positive and negative external effects of wind power were compiled, while the legal part examined how these effects are taken into account in the licensing process. More than 20 judgements from different environmental courts were examined and the result show that wind power’s contribution to sustainable development consitutes an important factor in the decision for permit. The project was reported in the end of August 2016.

Wind power is a fast growing energy source that has received a broad political support. To ensure that the courts continue to consider the positive environmental impacts of wind power a change in the law is required says Maria Pettersson. Since the courts do not rely on any substantive legal rule, the current practices could change with new strong directives.

– Previously, the impact on the landscape for a few individuals could play a big role in the permit assessment, but today, other factors, such as the wind power's contribution to the energy policy objectives are considered more important. A clearer basis for decision could also reduce the number of appeals and thus societal costs, she says.

On behalf of the Swedish Energy Agency and the Swedish Environmental Protection Agency researchers at Luleå University of Technology have studied the social benefits of wind power and how it is taken into account in the licensing process. However, it is not often researchers propose this type of legislative changes.

– Our proposal has been well received. It would not become easier to establish wind power with this change, but it will become clearer, says Maria Pettersson.

Optimistic to believe in new jobs

In addition to the assessment of the legal prerequisites the researchers have examined the local economic impact. From the political perspective it is desireble that the wind power also provides new jobs but the variation in outcome across different studies is large, says Kristina Ek, associate professor of economics.

– We analyse the concept of local utility. In some places, the establishment of wind power has created new jobs but overall there is a risk of having too high expectations. It is not certain that new jobs are always beneficial from an economic efficiency perspective in itself, it depends on what those becoming occupied in the wind energy sector did before. It is not even sure that the required skills are available locally, she said.

"Wind power gets support in courts"

"No legal basis for sustainable development"