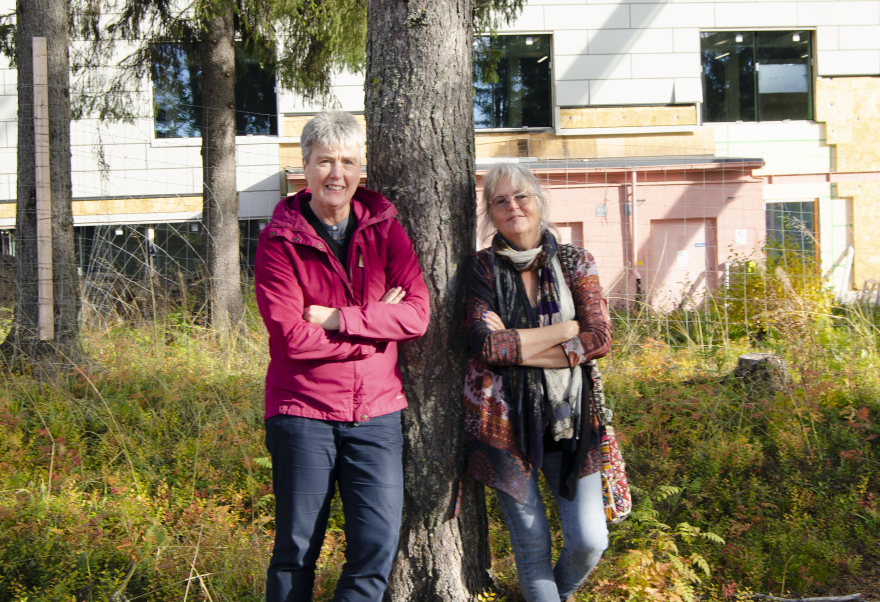 She and Eva Alerby, professor of pedagogy, have written a scientific article for the journal Nursing Philosophy, published by Wiley.
The woman in the study had been in a respirator for eleven days and was then cared for for two weeks at the hospital. Her family was not allowed to visit her, given the risk of infection, and she missed them a lot. She told how she looked at the pine tree outside the window at covid-iva in Piteå.
"It became almost like a friend. It shows the importance of having someone and that it can be something other than a human being", says Eva Alerby.

It became important for the woman that the blind was not pulled down, she wanted to see the tree day and night.
Åsa Engström states that the importance of nature and animals for recovery and well-being is well documented.
"I have had continued contact with the woman and she emphasizes the importance of nature even when she did not feel so well after she came home. She lives in another place, but when she had left the hospital she went back to see and hug the pine", she says.

A sense of belonging

Researchers use philosophical theories to discuss our relationship to nature, animals and plants related to the feeling of loneliness and our need to feel community. They refer to research that shows that nature and trees are important for human well-being and how we interact with trees, animals and nature. They also relate to issues such as loneliness, difficult experiences and losses.

The woman told she said good night to the pine every night. “And I knew it would be there every morning. The pine was my contact with the outside world ", she said.
"It gave her a sense of belonging", states Eva Alerby and Åsa Engström.
As they represent different research areas, they also see their project as an important part of the university's and department health, education and technology efforts to collaborate between different subjects.