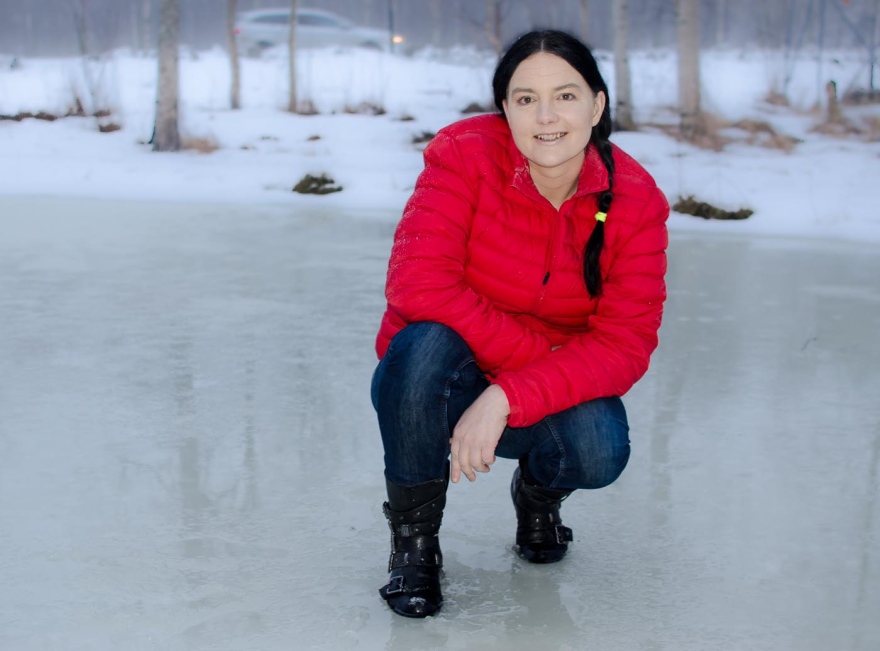 Angelica Forsberg has made depth interviews with ten people who had broken a leg, in some cases after slipping. The waiting time for surgery is particularly stressful for the patients, shows her research. View original picture , opens in new tab/window

-Patients in the study told that it was during the waiting they had the most pain. "I could feel the bone ends rubbing against each other," said one person I interviewed, said Angelica Forsberg, PhD in Nursing.

To get adequate pain relief was important and relieving pain, although it did not disappear completely.

As part of her research, Angelica Forsberg interviewed ten people who had surgery after being involved in an accident with broken bones in the lower leg or ankle.

The waiting time for surgery for those interviewed ranged from one to five days. Some had been waiting at home, some in hospitals.

-They had wanted the surgery done sooner but said they understood that older and sicker patients is a priority and get going before them, says Angelica Forsberg.

Besides the pain and that, as in several of the cases, forced to lie still on your back with your leg elevated long, was turmoil during the wait-wracking.

The concern was, for example, how the accident would affect their own finances, children, pets or planned trips.

Although the impending operation concerned.

It is therefore important that care as much as possible, inform patients on what to expect in the care process, consider Angelica Forsberg.

Interviews with the ten patients concerned the entire process from accident to treatment and surgery, as well as homecoming and a time thereafter.

-I was surprised that they had trouble and felt weak in the operated leg as far after the accident that they did, up to a year, says Angelica Forsberg.

-The recovery was a lengthy process for them, contrary to what they had expected, she says.

Research findings, based on interviews, has recently been published in an article in the Journal of Clinical Nursing.