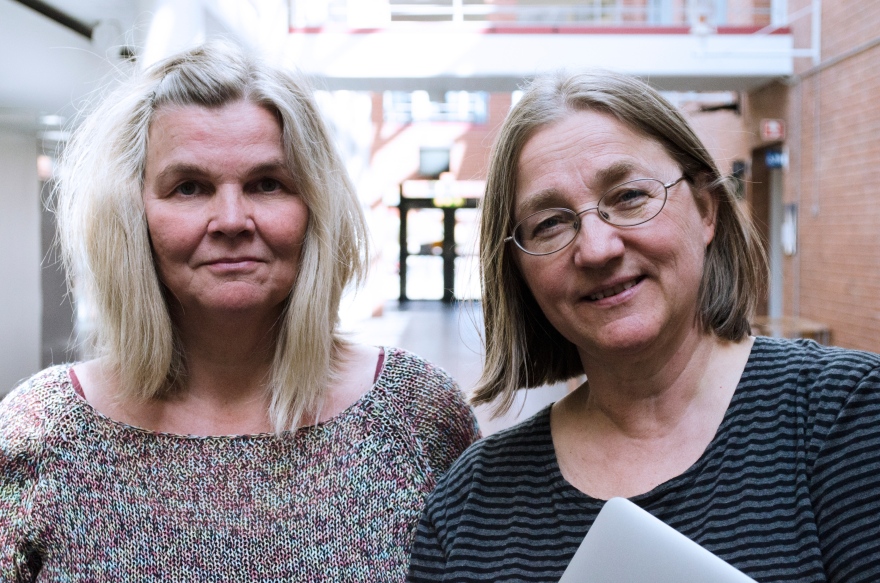 The project is funded by the European Social Fund and aimes at improving the employability of target groups and improved conditions to empowerment of participants through social enterprise. But the project means more than that.

- Bliss is important. It is my voice. Without bliss I would only been able to say yes or no. With bliss, I can speak for myself and be understood, says participant Axel.

The project also contains the construction of a national knowledge of symbolic language Bliss, where information, education and research is included. BCI, Blissymbolics Communication International is the name of the international organization that coordinates the work around the Bliss system. BCI has been moved from Canada to Sweden in 2010 with the involvement of the other Nordic countries, which have attracted considerable international interest in the results of this implementation project.

- In addition to increasing collaboration on Bliss nationally, it is essential, on the basis that Bliss is a relatively small and also international language, to cooperate with other countries to exchange experiences, says Åsa Gardelli.

The overall purpose of Åsa Gardelli and Solange Perdahl research, is describing and analyzing the application of Bliss in the project - with particular focus on Bliss mediated tools, and identity development and creation of a socio-cultural individual, as an function in an interpersonal communication.

- I use Bliss symbols and becomes happy because I think it is good to be able to talk and communicate and make myself understood. I can ask, I can tell you what I want and get answers. I have used bliss for many years and teaches bliss to my boss and my co-workers, says Victoria as part of the project.

The project is seen as a democracyproject where people who are marginalized in society are given the opportunity to make their voices heard and influence their life situations. The communicative aspect in relation to the democracy perspective puts the project is in line with the research focus areas that both researchers see as extremely important from an individual and societal perspective. Experiences from the project will contribute to support the research and publication of scientific publications.

- During the project bliss-users has been visiting various activities to inform about Bliss and the project purpose. Among other things, they came to the university and informed in special education courses. From a participatory inclusive perspective, it is important that prospective teachers gain insight and understanding of the various opportunities for communication, says Solange Perdahl.