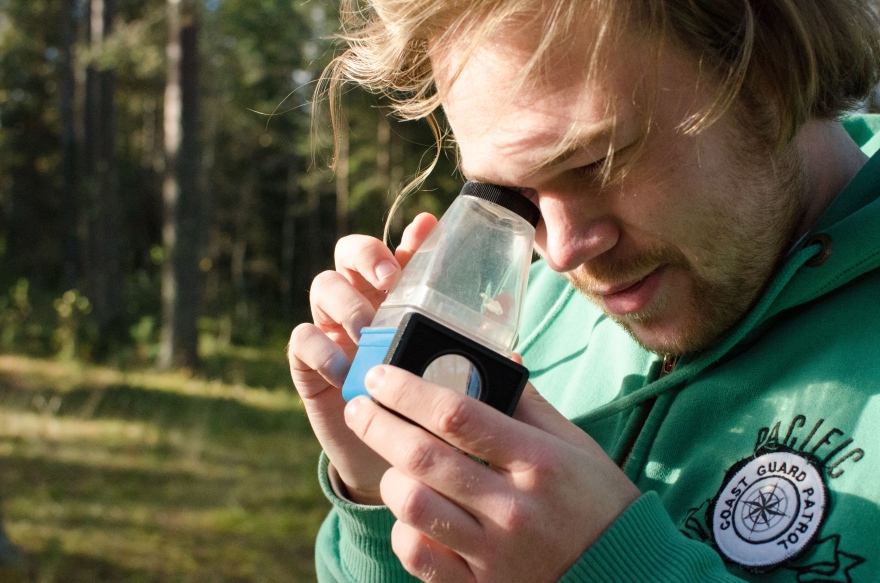 Although the sun is shining, it's a cold wind blowing through the nature reserve of Gammelstadsviken. It is time for the new students at the Bachelor programme in Early Years Education to make their first practical exercise outdoors. Their teacher, Anna Vikström, inspect their gear. She is satisfied. Most of them have rubber boots.

- Those of you that doesn’t have rubber boots, you have to get yourselves a pair. During your studies you will need boots, water- and windproof pants and a good jacket. When winter comes, you’ll need proper winter shoes. And when you start to work after your graduation, you’ll have this kind of clothing until you are 65 years old and retire, Anna Vikström says. 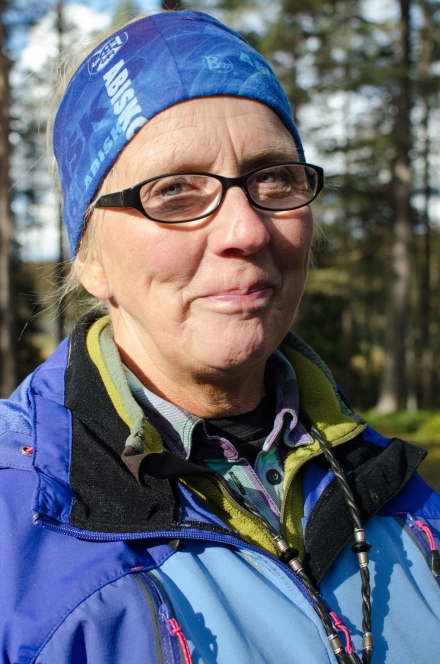 Today's excursion will give students a grasp of what science in preschool is. They will perform tasks on five stations that are all about sorting and categorizing what they find in the nature.

- Children sorts and they want to know more. They are born scientists, says Anna Vikström.

But few of the students has studied Science or Technology at high school. Linus Söder from Töreboda has studied electricity but became aware of the preschool teaching profession after he substituted in a pre-school and worked as an assistant in a preschool class. Hilda Liljestrand has studied theater. At university level, she has almost completed her studies to become a radio journalist. It was her student counselor who encouraged her to change career after she often talked about how she would like to pass on her knowledge to children. Another student has studied Transport, a third has music.

At one of the stations the students are supposed to sort objects based on the question "Is this life or not life?". At first it seems almost ridiculously simple. But categorization becomes more complex the longer the group thinks.

- What I think is life is biodegradable, now living, have lived or can reproduce, says Emmely Norlin Gustafsson.

When the sorting is complete Anna Vikström picks up two red candles. It turns out that the longer one is made ​​of paraffin, which in turn is made ​​of oil. The small light is made ​​of pig fat and is therefore moved to the pile of objects stored under "Life ".

Suddenly you hear falsetto screams from another group. They have collected insects and are looking at them in a magnifying jar. Fear of bugs is something a preschool teacher must learn to master says Anna Vikström.

- This is the difference between being a pupil and teacher. If you had been out with a group of children, would you have screamed then, too? she wonders.

Sara Sveder and Hilma Liljestrand have just collected insects from a lake nearby. They are pleased with today's exercises.

- I was not aware of how many bugs there is in the water. In the woods, you see them in a different way, but in the water they are not as visible, says Sara Sveder.

After they finished watching the insects, they release them in the same spot that they were caught. The preschool teachers are supposed to teach consideration to the children. The release of insects is an important symbolic gesture.

When all groups have completed their stations, they are asked to draw an ant. Sketching encourages students to look closely and really observe how things look in real life. Anna Vikström says that it is very rarely that someone manages to draw an ant as it actually looks. Everyone has their own idea of what an ant looks like, but it does not match reality. She talks about Walt Disney ants and how children even draws happy faces with round eyes, smiling mouths and teeth.

- It is not wrong to be imaginative, but it is not science, says Anna Vikström. 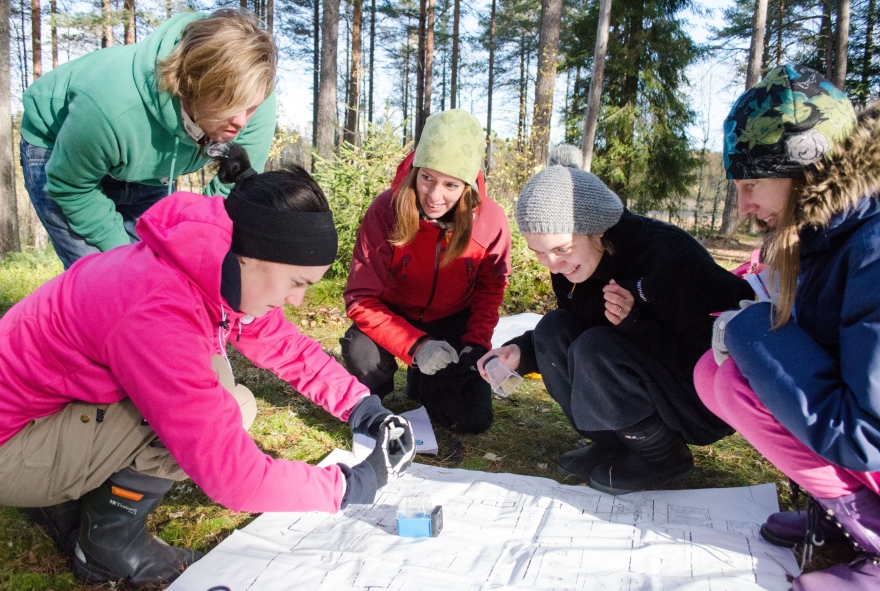