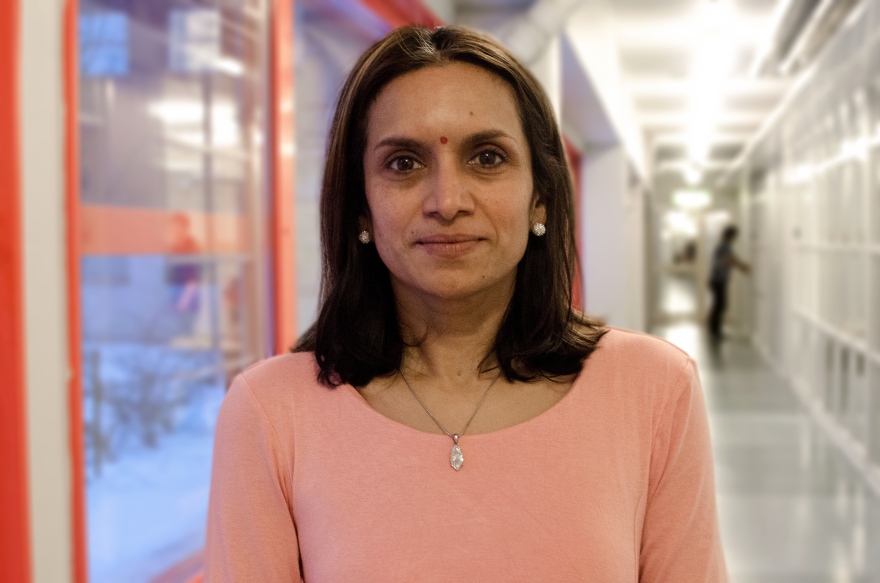 During December and January, Luleå University of Technology has been visited by Kalpana Hiral who is an assistant professor at the University of KwaZulu-Natal (UKZN) in South Africa. UKZN is one of the largest university in sub-Saharan Africa, with 30,000 students spread over approximately 2000 different programs.

- Teaching at UKZN and LTU are similar, but in South Africa we can have 1,000 students in one module, says Kalpana Hiral.

The exchange with UKZN is funded by Linnaeus-Palme and is implemented for the sixth year at the university.

- I have had the opportunity to learn a little about Swedish history, language and culture. It is a priceless experience, says Kalpana Hiral.

At LTU, she has lectured for aspiring history teacher at the high school level. The focus has been on South Africa's history.

- I hope that the students have realized the importance of race, class, ethnicity and gender in that context. said Kalpana Hiral.

Kalpana Hiral research include the role of women in the anti-apartheid movement. During her weeks in Sweden Nelson Mandela passed away. Kalpana Hiral has followed South Africa's grief process a long way from home.

- I am amazed by the Swedish media coverage of Nelson Mandela's passing. In a way, Lulea always have a special place in my memory because I was here when he passed away.