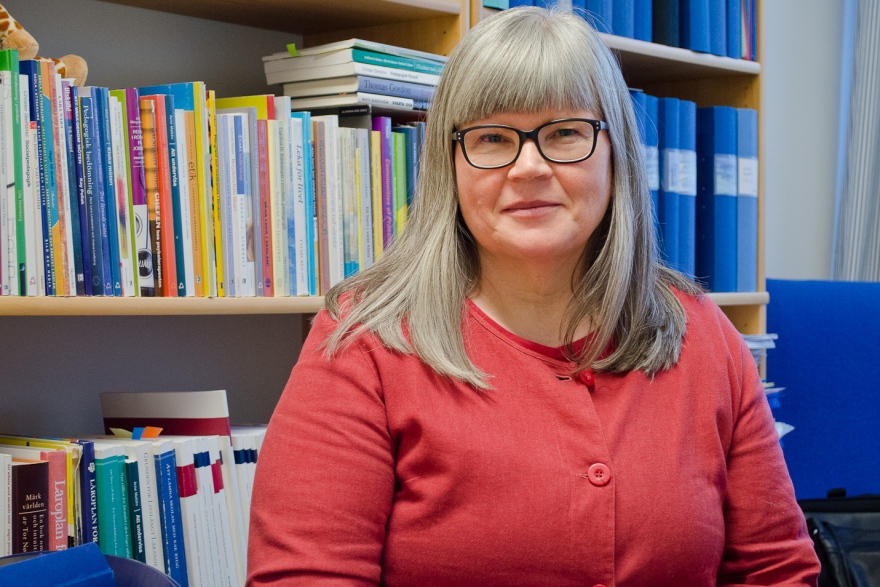 Probably no actor in school will deny the fact that the learning goals in different subjects are important for students. And probably everyone also agrees to the fact that the social goals are equally important for students to feel well and reach the different learning goals. A consequence of this is that the educational leaders has to start prioritizing statutory equality work in a different way than before.  Researcher Greta Rova Lindberg studies aspects of the school as a social arena and particularly how the Swedish school manages to handle equality work including discrimination.

Since 2008, The Swedish National Agency for Education has conducted a national initiative on the development of skills aimed at promoting equal treatment and preventing discrimination in school. The mission is supported by two laws, the school law and the Discrimination Act, and Greta Rova Lindberg and LTU were involved in the initiative from the start. Initially the initiative focused on efforts to prevent and stop bullying, but now the mission has been broadened to include all forms of degrading treatment and discrimination.

- An educational leader in school and preschool has a big responsibility to contribute to a good learning environment for all children and youth. Secure students both feel and perform better. Violations and discrimination can relate to all seven bases in the Discrimination Act; gender, ethnicity, religion or other belief, sexual orientation, gender identity or expression, disability and age. As a teacher or headmaster, you must challenge yourself so you know which norms and valuations you communicate, according to Greta Rova Lindberg.

Background in the classroom

Greta Rova Lindberg took her own teaching degree in 1975 and has been working as a primary school teacher and a special education teacher and also as headmaster for nursery, pre-school and classes for years 1 – 6.

- I started to think about why some students more than others were subjected to violations and negative treatment as harassment or discrimination and how this could lead to a situation where students didn´t feel well and had difficulties in performing at school. In many schools there was a culture of looking at students as the actual cause of the problem instead of looking at the underlying structural problems that could exist. Greta Rova Lindberg declares that it is the educational leaders who have the responsibility to manage these problems.

After a twenty-five year long career in elementary school Greta Rova Lindberg in 2003 came to LTU as a lecturer in Education and Special Education and has also been Director of studiessince 2006.

- Our meetings with the students studying to become teachers are very important and in their training we are able to make a difference in their professional development. We can challenge their attitudes and discuss aspects of both social goals and learning objectives in school. We can help them understand how important it is that children and youth are secure in the school environment so that they can perform according to their goals, says Greta Rova Lindberg.

In her current study Greta Rova Lindberg so far has interviewed among others 15 headmasters in compulsory school in year F-6 in one municipality and studied how they interpret and lead the equality work in their school. In addition to these interviews the study also consists of analysis of the participaiting schools plan against discrimination and degrading treatment and also their quality reports.

- Without having analyzed all my material, I find that the interviewed headmasters identified knowledge and experience in equality work to be one of the keys to succeed in this work. This knowledge must be shared by all actors, headmasters and the teaching staff in school. One of the risk factors in this work, according to the interviewed headmasters, is that it is difficult to find enough time for effectuation and though a majority of them express that equality work is important, it is not always a prioritized work, according to observations made by Greta Rova Lindberg.

In addition to conducting the study Greta Rova Lindberg also holds lectures, seminars and professional development courses and activities to increase awareness and knowledge of the importance of the social environment and the work with values and equality work in school.

- Children and youth in school have a right to a secure environment, both in classrooms, in corridors and during breaks, but also during their leisure time, and it is important that schools take their share of responsibility for the whole situation of their students. I hope that my study will contribute to develop the statutory equality work in school in general and particularly strengthen the important role of the headmaster in implementing this work, according to Greta Rova Lindberg.