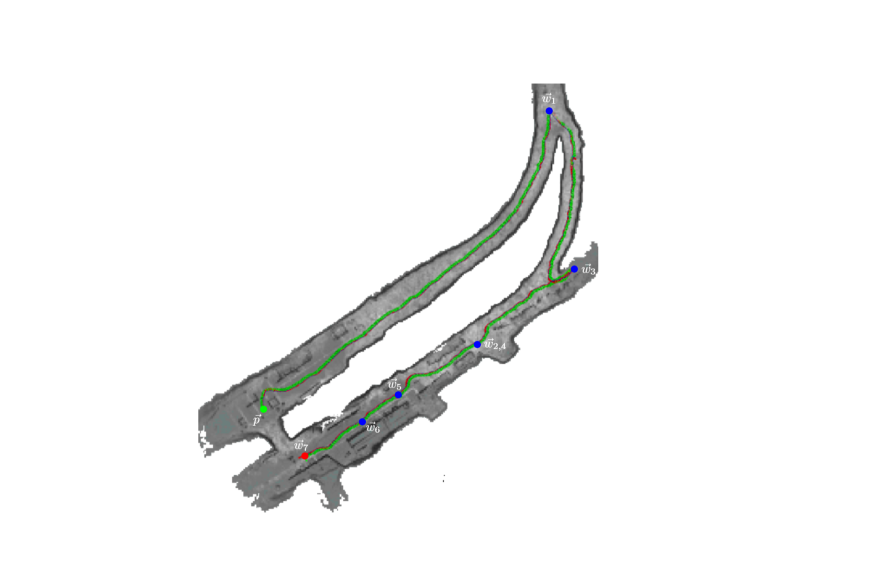 In this article, we address the task of experimental evaluation of autonomous map-based navigation of a Boston Dynamics Spot quadruped robot in confined environments equipped with the developed autonomy package that incorporates a 3D lidar, an IMU, and an onboard computer. For that, we propose an integrated software and hardware system that is considered as an enabler for robot localization and risk-aware path planning, based on the known map. The system design itself is modular and incorporates the perception capabilities required for autonomous navigation. The Spot robot first is utilized to build the offline map of the environment by utilising the Google Cartographer simultaneous localization and mapping (SLAM) package. During the next step, the online environmental information from the autonomy package sensors and the offline map are provided to the onboard computer to localize the robot on the known map by utilizing means provided by Cartographer. Finally, the occupancy information is provided to the online grid-based path planner that generates risk-aware paths. The extensive experimental evaluation of the proposed system is performed in corridors and SubT environments.