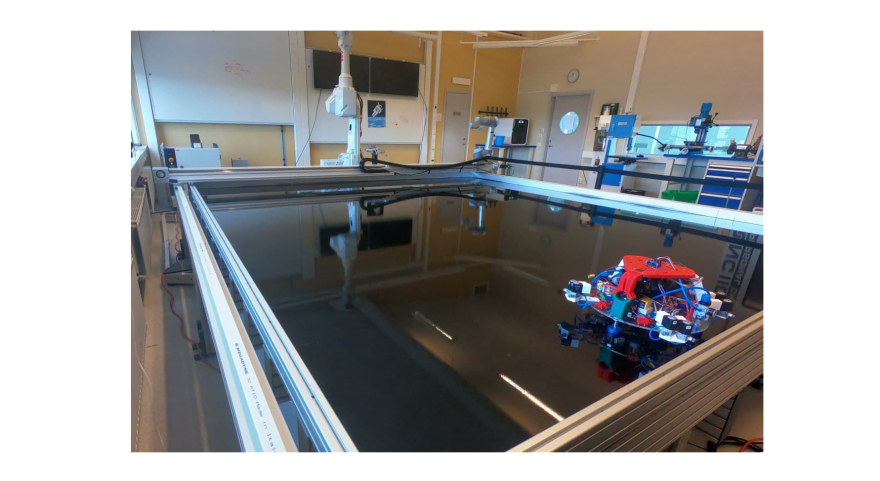 In this letter, a floating robotic emulation platform is presented with an autonomous maneuverability for a virtual demonstration of a satellite motion. Such a robotic platform design is characterized by its friction-less, levitating, yet planar motion over a hyper-smooth surface. The design of the robotic platform, integrated with the sensor and actuator units, is briefly described, including the related component specification along with the mathematical model, describing its dynamic motion. Additionally, the article establishes a nonlinear optimal control architecture consisting of a unified model predictive approach for the overall manoeuvre tracking. The efficacy of the proposed modeling and control scheme is demonstrated in multiple experimental studies, where it is depicted that the proposed controller has the potential to address a precise point-to-point manoeuvre with terminal objectives, as well as an excellent path following capability. The proposed design is validated with extensive experimental studies, and it is supported with related results.