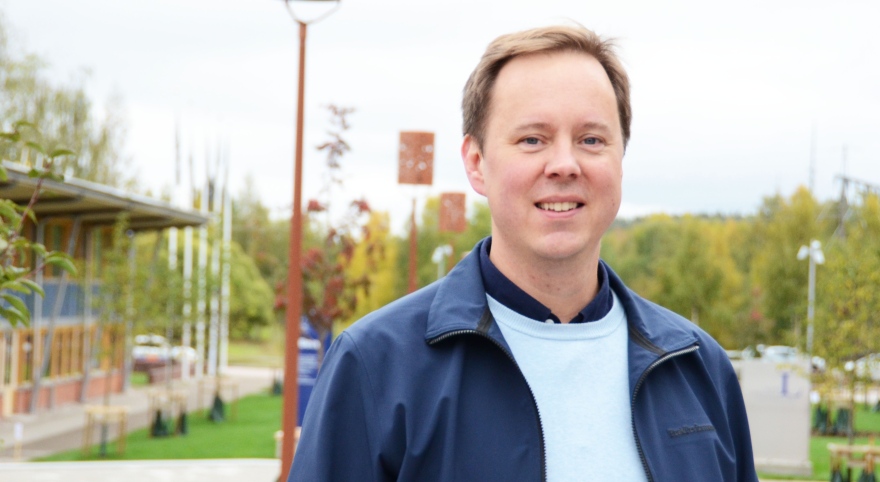 – A possible solution, one that is also technologically and economically sustainable, could be to use renewable fuel-flexible propellant, such as liquid methane, ethanol, methanol, ammonia, hydrogen peroxide and liquid hydrogen, i.e. fuels with low carbon-to-hydrogen ratios that can be produced locally by using green energy available in Norrbotten, Alexis Bohlin explains.

To achieve intended result, Alexis Bohlin will use unique laser diagnostics. There are many benefits to using this method. For example, laser diagnostics can quantify important properties such as temperature, substance concentration, and density of the chemically reacting flow without contact and thus does not interfere with the inherent chemical process at the measuring area. In addition, the information is delivered with excellent room and time resolution and with room-temporal correlation.

– Such a sharp measuring capacity is centrally important in the experiments. We are convinced that we can make new discoveries and make rocket propulsion systems more "green" and sustainable.

Alexis Bohlin is a physicist educated at Lund University. During his research career, he has developed the use of advanced laser diagnostics in studies of flames that form the basis for chemical propulsion. Via a postdoc at Sandia National Laboratories in the USA and several years at the Faculty of Aerospace Engineering at Delft University of Technology in the Netherlands, he has arrived in Kiruna where he will take his research area in a somewhat new direction, into space.

– I always considered the subject physics to include everything, and through my experiments, I have a close relationship with space through the idea of ​​space and time resolution. The order of magnitude is of course different in the laboratory compared to the celestial bodies, but not everything is infinite in space. Our tools and models to quantify chemically reactive flows and describe how flames propagate are tools that can apply to stars and plasma states, says Alexis Bohlin.

The plan is to build a laboratory that is specially adapted to test relevant conditions of rocket engines based on liquid fuels. The test facility is located at Esrange Space Center, where Luleå University of Technology collaborates with, among others, Isar Aerospace Sweden AB and SSC, the Swedish Space Corporation. The purpose of the test facility is to increase knowledge in the field and to develop innovative technology that improves the efficiency of rocket engines and that enables rigorous testing of important properties of sustainable fuels for rockets.

– Modern rocket technology has a real boost, not least at Esrange, whose main mission is to put satellites into orbit. We see a strong commercial interest in the routine operation of launch vehicles and the return of rocket stages and it will be a strategically important research area for Luleå University of Technology, Alexis Bohlin concludes.