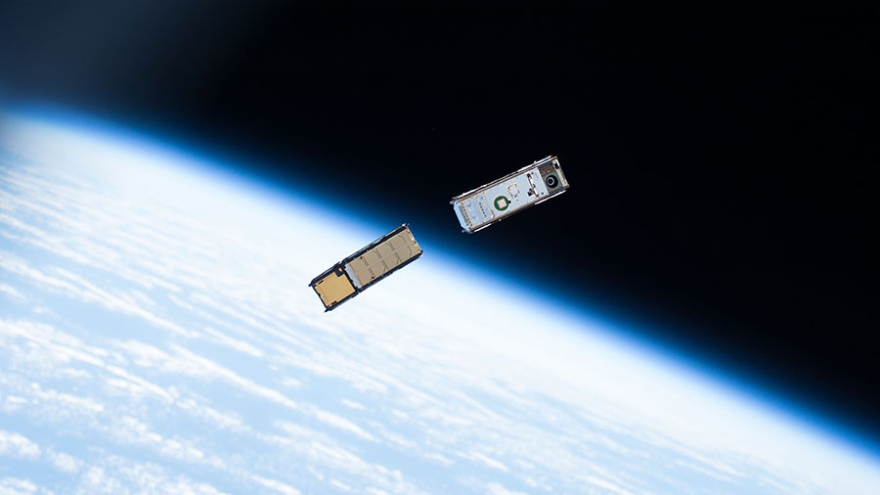 A pair of CubeSats, with the Earth’s limb in the background, is seen moments after being ejected from a small satellite deployer outside of the space station’s Kibo lab module. Photo: NASA View original picture , opens in new tab/window

The satellite was launched from the International Space Station, ISS, this Tuesday. Its mission is to contribute with research on the rather unknown portion of our atmospehere, the thermosphere. The miniaturized satellite is now in orbit about 300 kilometers from Earth.

– We were able to decode the signals for the first time last night, and they depict that all the modules are within the range. The cubesat is in good health so far, says Reza Emami.

The miniaturized satellite is built and developed at Luleå University of Technology and the research group of Onboard Space Systems, in collaboration with the UK-based space company Open Cosmos Ltd. In total 28 satellites from the so-called QB50 project were transported to ISS a couple of a weeks ago. There, they have been resting while waiting for the perfect moment to move on into space.

– We will begin telemetering the science data from the payload after the early operation phase is completed in a couple of week, says Reza Emami.

Johan Sterte, Vice-Chancellor at Luleå University of Technology, welcomes the news about that the satellite is in orbit and is communicating.

– I think it is great that our satellite is in orbit. We have invested a lot in our space research and this is undoubtedly a big step forward, says Johan Sterte.