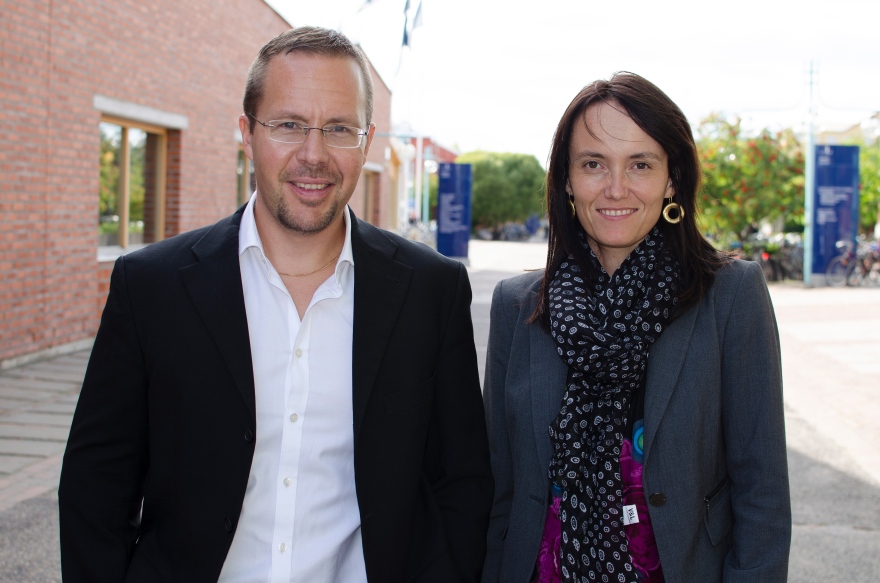 Microlubgear is the name of the technology where a microchannel is used to apply grease on the gears that control the angle of the wind turbine blades. Lubrication can be performed during operation, in contrast to existing solutions where the wind turbine must be stopped to allow for maintenance, with reduced electricity production as a result. Luleå University of Technology is a partner in the project, led by Assistant Professor Jasmina Casals-Terré at the Technical University of Catalonia UPC.

– We complement each other well. They are specialized in building small scale and we are good at flow mechanics in small geometries. We are also experts in modeling the flow mechanics of grease. To optimize the production of electricity in a wind turbine, the turbine blade is angled in a narrow range; which means that only a small number of teeth in the pinion gear are worn. Using Microlubgear, it is possible to apply the grease during operation, says Lars-Göran Westerberg, assistant professor at Fluid Mechanics, Luleå University of Technology.

– In order to ensure that the lubrication via a micro channel will function, I have contributed with knowledge on the flow properties of grease in small geometries, including the flow into a ninety-degree bend, known as an elbow channel. By understanding how grease behaves, we could conclude that Microlubgear will work, says Lars-Göran Westerberg.

Jasmina Casals-Terré expects the first customer, a wind farm, to use the new technique within the next few weeks.

– It is a cost effective product because it is quite simple to manufacture and you can also apply Microlubgear to existing wind turbine lubrication systems.

– Regarding the concept of lubrication through micro channels, there are other potential applications, such as solar panels. We also need to learn more about how the grease behaves in other geometries, for instance t-shaped channels that are common in many industrial machines, says Jasmina Casals-Terré.

Microlubgear is a EU-funded project within KIC InnoEnergy, which is a collaboration between academia and industry with a focus on sustainable energy.