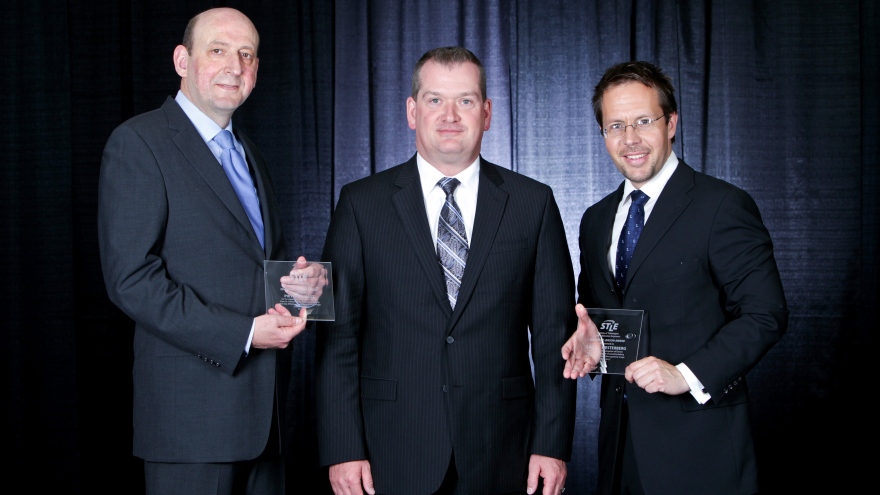 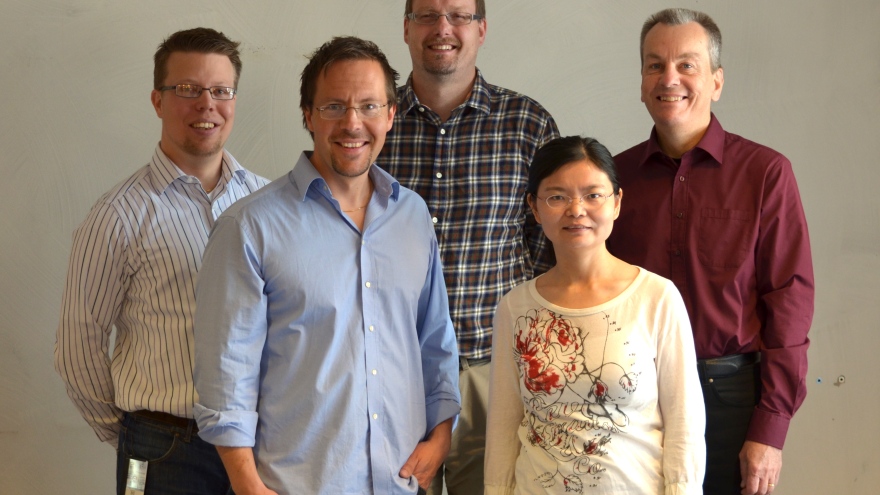 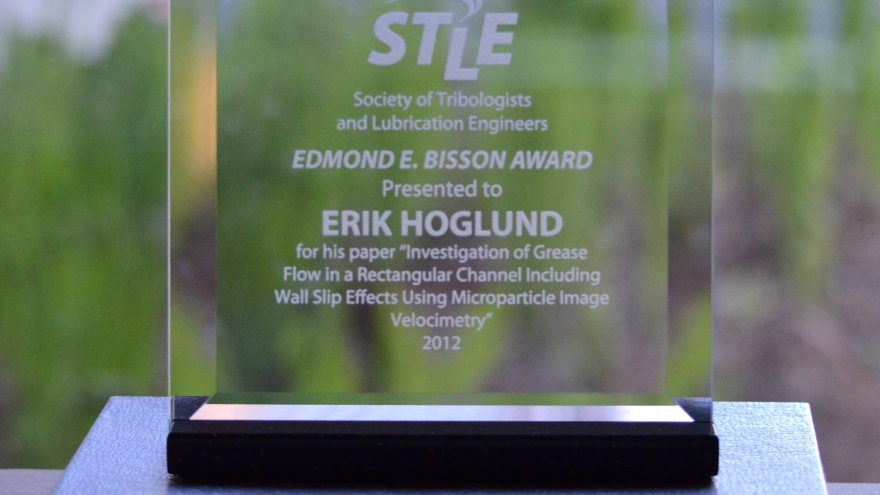 Researchers at Luleå University of Technology were recently given the STLE (Society of Tribologists and Lubrication Engineers) Edmond E. Bisson Award for this years best publication in the journal of Tribology Transactions. STLE is an authority in the tribology world and the price is certainly an acknowledgment that the research conducted at the university holds a high standard.

It is a successful cooperation between the research topics Fluid Mechanics and Machine Elements at Luleå University of Technology and the industrial giant SKF which at an early stage has started to bear fruit. The award-winning article is the first in a series of publications that will focus on the flow behavior of grease in the lubrication of machine elements. Research on lubrication, in this case from grease, is important to understand in order to create a long service life of for example ball bearings.

– We are very happy, this was something we did not expect, says Lars-Göran Westerberg, assistant professor in the research field of Fluid Mechanics. In addition to Lars-Göran Westerberg the research group consists of Staffan Lundström and Torbjörn Green at Fluid Mechanics, Erik Höglund and Jinxia Li at Machine Elements and Piet Lugt and Pieter Baart at the SKF Engineering & Research Center in Nieuwegein, Netherlands.

What the research team tried to find out in the current article is whether it is possible to measure the velocity of grease at all. And they could. Using a method known as Micro Particle Image Velocimetry, the researchers with the help of laser and microscope were able to measure the speed of grease in a simple rectangular channel. Lars-Göran Westerberg mentions some advantages with using grease as a lubricant.

– Grease is preferable to oil in many applications, but it is also more complex. At low forces it behaves as a solid body, while at high forces it acts like a liquid. Grease can be seen as a sponge which is soaked in oil. Grease both lubricates and seals, thus preventing moisture and other particles from entering.

"Wall slip" could be proved

How did grease behave in a rectangular channel then? Lars-Göran Westerberg gives a pedagogical explanation:

– Where the grease flows closest to the wall of the channel, so-called shear forces occurs and these forces decreases the further into the canal it goes. In the middle of the channel the shear forces are so low that you get a constant speed so that the grease behaves like a solid body, as if you were pushing a wooden plug through the channel.

– The interesting thing was that we closest to the wall could find a transition layer of grease where the speed were changing extremely fast, unlike an ordinary so-called Newtonian fluid whose speed constantly goes to 0 near the wall. That behavior is known as wall slip, where you have a velocity also very close to the wall. This phenomenon is even clearer when a thicker grease is used. The wall properties, however, were not that important for how the grease flowed, according to Lars-Göran Westerberg.

From the measurements conducted through a microscope, a mathematical model on how grease of different thickness flows through a channel could be created. Traditionally, the liquid properties (rheology) when subjected to shear forces is measured by means of a so-called rheometer, but then you assume that the wall slip does not exist, which can lead to incorrect values. This applies, for example, to lubricating greases which have a complex rheology and flow behavior.

Benefits for the industry and the environment

– Practically, our results contribute to a better understanding of the grease flow behavior, which ultimately increases the understanding of lubrication properties. This in turn helps to make more sustainable engineering components as bearings, and to optimize lubrication - with less fat consumption as a direct result. This is of course also good for the environment, Lars-Göran Westerberg concludes.

* Tribology is the science of surfaces in sliding or rolling contact which include friction, wear and lubrication.