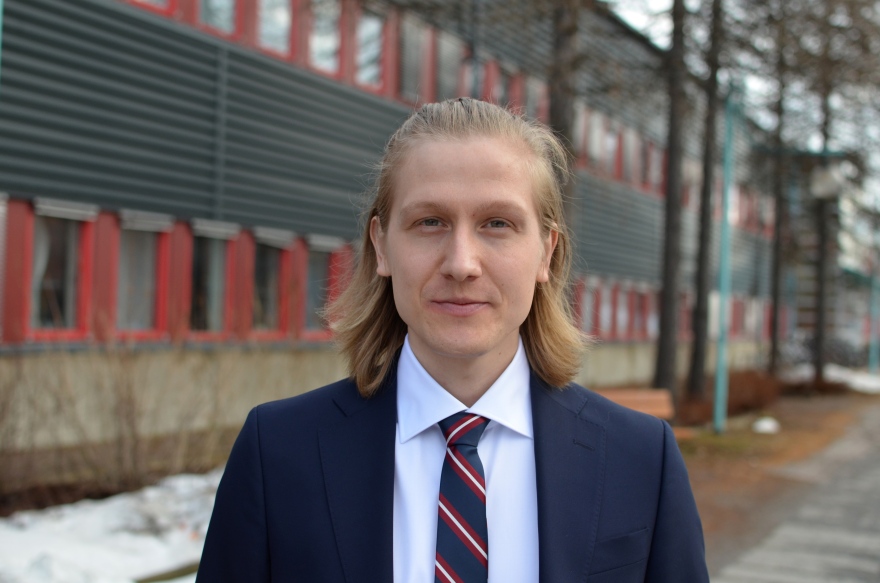 – My results can hopefully be used to model the flow of hydroelectric turbines in a more efficient way. This allows the hydropower to be optimized, which in turn enables hydropower to control an increased share of renewable energy sources with varying (intermittent) electricity production such as wind power, says Joel Sundström, who is now taking his PhD in the subject of Fluid Mechanics at Luleå University of Technology.

Through experimental studies, partly in collaboration with NTNU in Norway, Joel Sundström has studied flow problems where flow speed varies over time. Either under so-called transient conditions, which means that the flow changes monotonically for a shorter period of time, such as acceleration or deceleration. The second type of variation is pulsating, which means that the flow speed changes continuously over time.

– When hydropower plants now, with the introduction of intermittent energy sources, are forced to work under transient conditions, better knowledge about this type of flow is needed to reduce the damage caused on hydroelectric power stations. In my project I have been able to see a strong connection between transient and pulsating flows. This result will hopefully be used to model the flow of hydroelectric turbines in a more efficient way.

Learning to use new measurement and analysis methods is something that Joel Sundström appreciated from his time as a PhD student.

– It has been fun and rewarding to work independently in a project and learn to use new methods of measurement, and to apply the knowledge I received during my MSc studies.

The research has been conducted within the Swedish Hydroelectric Centre (SVC). However, before the results can be implemented, further research is required where the models are tested directly in hydropower applications.