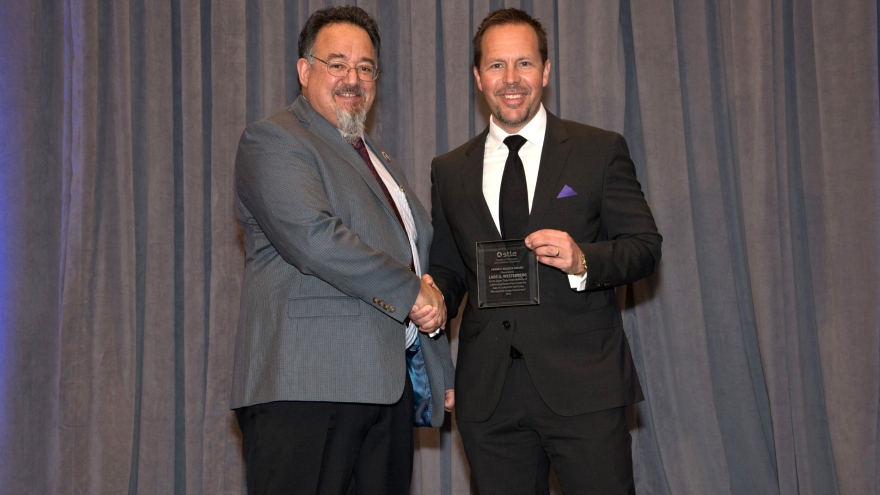 Lars-Göran Westerberg with the plaque for the Frank P. Bussick Award at the STLE Annual Meeting and Exhibition in Nashville. Photo: STLE. 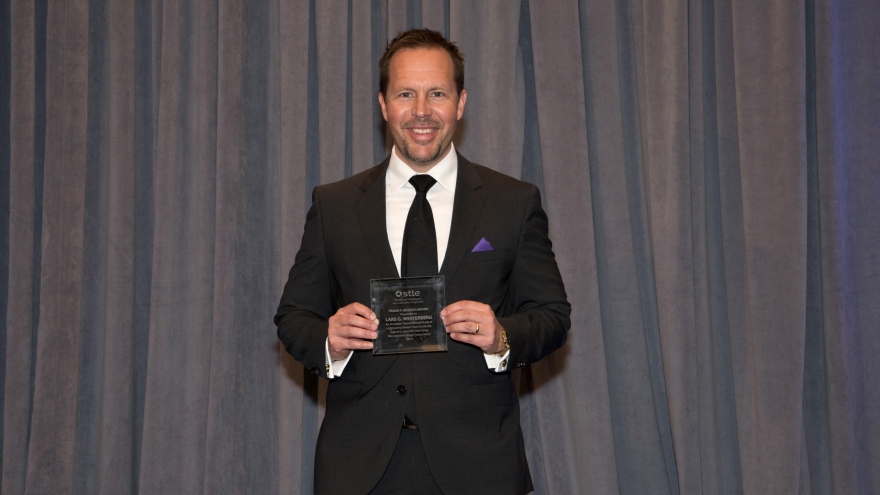 The prize is the STLE Frank P. Bussick Award for best publication on seals in the prominent journal Tribology Transactions.

– It feels honourable to be noticed by the research community, especially by such a respected organization as STLE (Society of Tribologists and Lubrication Engineers). I see it as a confirmation that our research is of high quality, says Lars-Göran Westerberg, Professor of Fluid Mechanics at Luleå University of Technology.

It is the third time that Lars-Göran Westerberg and Erik Höglund receive an award from STLE, and the second time they receive the F.P. Bussick Award – the first time was in 2014. The research behind the publication has this time been done in collaboration with a Polish research group from Wroclaw, primarily Jan Duenas, who Lars-Göran Westerberg has been the supervisor for.

– The work is about understanding the flow within labyrinth seals used in many applications, for instance in conveyor idlers in the mining industry where other types of seals would be ineffective due to power losses caused by friction or high rotational speeds. It is part of a master project covering modeling and visualization of the deformation of non-Newtonian media – which in tribology applications is grease. It is an area we have established since around 2009 where I would say that we are quite unique, says Lars-Göran Westerberg, and continues to explain the research in more detail:

– Lubricating grease is used as a lubricant in many applications, such as ball bearings and gears – found in everything from lawn mowers to wind turbines, conveyor belts and cars. Ball bearings are sealed to prevent dirt particles to enter the bearing which otherwise can be destroyed. The seal also prevents leakage. Labyrinth seals make it harder for dirt particles to reach the lubricated contacts as the particles have to take a long and complicated path due to the design of the bearing – which is especially good in environments with a lot of dust in the air. The construction also reduces friction. In order to better understand the function of the seal, it is important to understand how the grease moves in the seal. Grease is a complex semi-solid material, which, depending on load (shear), can behave like a solid gel-like body, or flow like an oil. The work was about visualizing the grease deformation in the seal. The grease itself is a standard grease used in bearings.