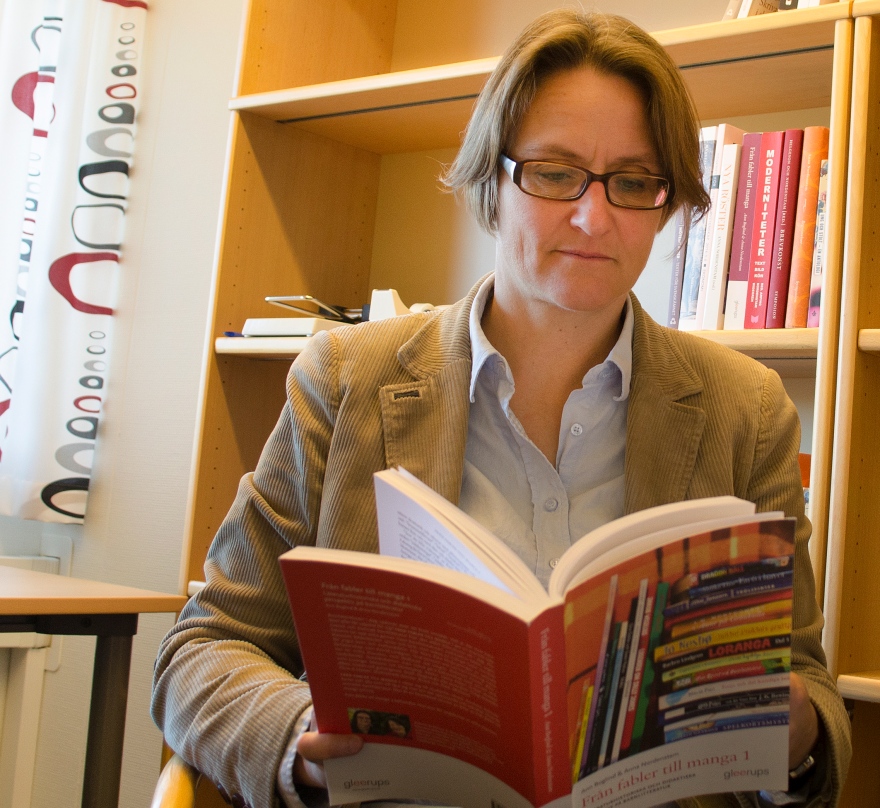 – Children's books has become increasingly darker and more problem-oriented in recent years. This can include things like drug abuse problems, divorce and racism. Not even the endeings needs to be happy anymore, says Anna Nordenstam, Professor at Luleå University. Her research on children's literature is now gathered in a new book aimed primarily at teachers and student teachers.

The reason books aimed at children has become increasingly gloomy offers no easy answers but Anna Nordenstam think the general world situation and changes in the welfare state is also reflected in the literature.

– We live in a troubled time and in a society that lived through cuts in social welfare. Inequalities have increased and the relative child poverty is shuddering high in Sweden. In addition, our big cities are segregated in a way we have not seen before. It may be that this is why parts of children's literature addressing difficult topics, says Anna Nordenstam and calls for more books that deal with today's multicultural society.

– Sure there are books that thematises ethnicity but it is still striking white given how society actually looks like. It surprises me.

Even the humor increases

– Here we also see a significant increase. The books are aimed primarily at children between the age of eight to twelve and works in the tradition of Roald Dahl and Ole Lund Kirkegaard. For example, the Norwegian crime writer Jo Nesbø wrote a series of children's books full of twisting words and exaggerations that have become very popular, says Anna Nordenstam.

A question of democracy

Now she hopes the newly written book will lead to a greater reading among children and adolescents.

– We hope that it will be used as a textbook in teacher training programs and that it will inspire teachers to work more with children's literature in schools. It is particularly important now that children's reading habits and literacy is challenged from various quarters. Everyone should have access to good literature and here the school must help. Basically it is a question of democracy, says Anna Nordenstam.