Theres Brännmark during her lecture on the grammar day. 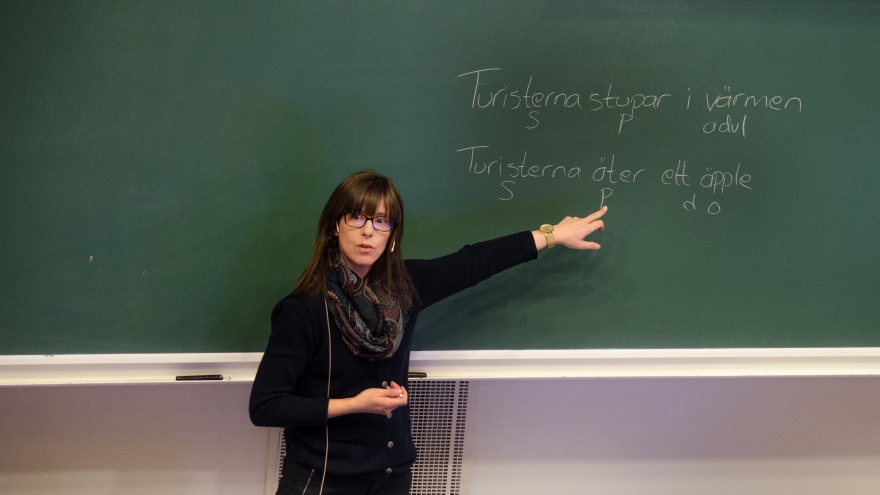 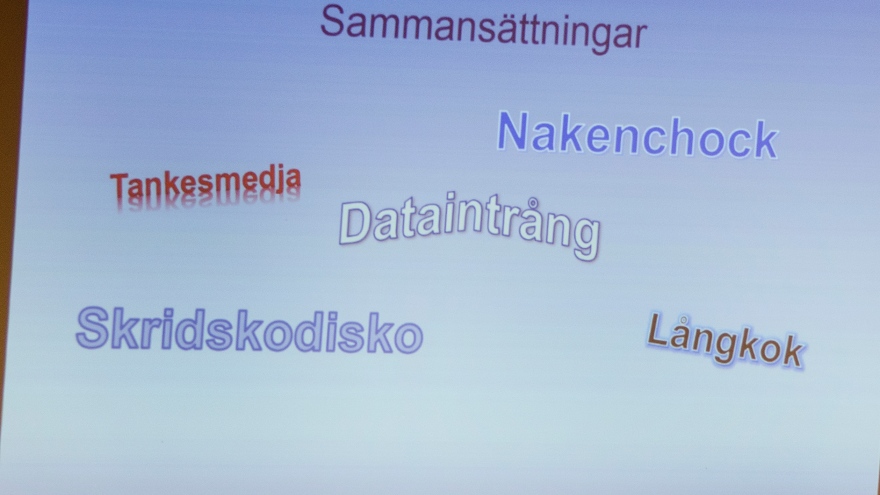 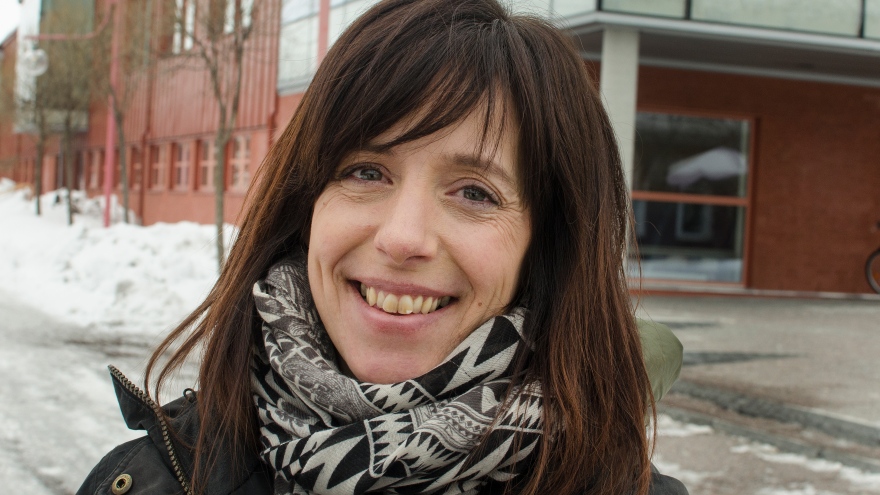 Forming words can be done in many ways. For example, by composing words so that two words become one. A phenomenon that is very common in the Swedish language. For example, in the latest edition of the Swedish Academy's Glossary (SAOL) there are 125 000 words, of which 90 000 are compiled. A fact that received Theres Brännmark, university lecturer at Luleå University of Technology, to play with the idea of ​​whether Swedish can be considered the world's longest language.

There is a demarcation problem

- Basically, this is obviously an impossible question to answer when we deal with different language types. There are a lot of demarcation problems, for example, how do we deal with polynynthetic languages, where one word can form a whole sentence or the Arabic scriptural language that completely lacks vowels, says Theres Brännmark, pointing out that compiled words is in no way unique for the Swedish language.

– Although we can form long words in Swedish, the longest in SAOL seems to be capital gains taxation, we can find even longer words in German and Finnish, for example.

Theres Brännmark sees it as crucial to the survival of a language that it is constantly beeing renewed and developed.

– Swedish has always been prominent in inventing new words and wording. It is also a language that has taken influence from other cultures, which means that we use a lot of loan words, such as outfit or a direct-translated word as stand-up comedian. This development is a crucial part of keeping languages ​​alive.

In line with new phenomena, the need for new words also arises. Housewife was established in the 1950s and 1975 saw that new word of paternity leave. But Theres Brännmark is careful to point out that a creative development of the language and the phenomenon of compound words has an ancient history.

– It actually seems like this is timeless. We think we know that compound words can originate as far back as 5-6000 years ago in our Indo-European origins and there are definitely examples of compound words in old norse.