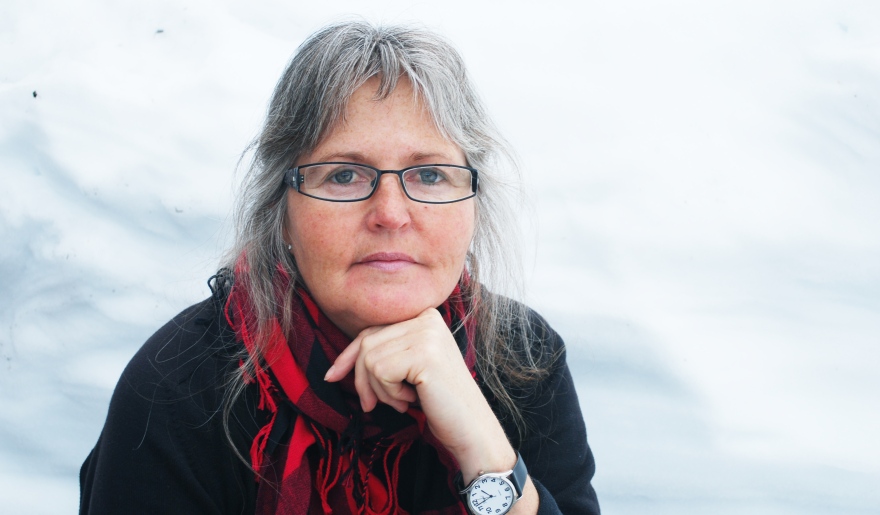 One of several aspects Eva Alerby especially is interested in is what is said in what is not said - the many silent messages that daily occur when people meet and interact. She agrees with the French philosopher Maurice Merleau-Ponty who believe that there is something beyond what is said, who cannot communicate verbally - a tacit and implicit language.

- If we connect this to the classroom, it is therefore important to sensitize silence many different ways of expression, but also the importance of allowing silent gaps in learning situations. It is in the quiet spaces of reflection that learning can occur. We should also stop and think about whether it is accepted that a student is quiet, or if this is only seen as a problem by the school. Is it that verbal activity is above the stillness and contemplation in today's society? says Eva Alerby.

Eva Alerby points out that there are several aspects of silence. Sometimes silence is awaited and pleasant, while other times it may be perceived as both unpleasant and frightening. Silence can be found, for example, as a component of power and used in bullying situations. She believes that the school's part, therefore, is about to "listen to the silence," that is, to make the force of silence visible - for better or worse.

In 2012, Eva has published the book "If silence - in educational settings" which she presented at this year's Book and Library Fair.

- The road to the finished book has been pretty bumpy and the writing has been a long process. Already in early 2000 my interest in silence phenomenon was raised and especially the importance of silence in various educational settings, says Eva Alerby

The first essay focusing on silence Eva Alerby presented at an international conference in 2002 and the first scientific article published in 2003. In September this year Eva Alerby and one of her graduate students, Susanne Westman, attended at the International Merleau-Ponty Circle, on the theme "Self & Others, Silence & Solitude", in New York.

- Since then I have more or less active dwelt on this and I have more than 10 publications, both national and international, in the field of silence and pedagogy, says Eva Alerby and continues

- Since I for so many years, in different contexts, have written and talked about the silence the idea came to publish a longer text about silence in the form of a book - and I did. The book is thus based in part on earlier texts, but above all on completely new material.

Eva Alerbys latest publication is the article "What is it that you hear in the silence?" For Educational magazine. She has also just proofread the chapter, "Silence Within and Beyond Education", which she wrote for the book "Attending to silence. Educators and philosophers on the Art of Listening" with a planned publication at the end of the year. The first week of december this year featuring Eva Alerby also an essay as part of the symposium "Giving Voice to Silent Knowledge" at the AARE conference in Sydney, Australia, which she, together with colleagues from LTU is in.

- Silence is such an incredibly exciting field and I am constantly finding new angles, so more texts will be written. For example, I received an invitation to be part of a panel and a symposium on "Silence, Serenity and Solitude" at the Philosophy of Education Society, Great Britain conference in Oxford next year, which is both flattering and fun. Now I just  have to write something until then, says Eva Alerby.

What is your favorite sound?

-Silence contrast is sound and I am often asked which is my favorite sound and there are of course many, but one of the most peaceful sound I know is when the horses in the stable are chewing. When it comes to music, I'm pretty much a "omnivore", but I if should mention a few in this context, it may be the Australian duo Angus & Julia Stone, says Eva Alerby