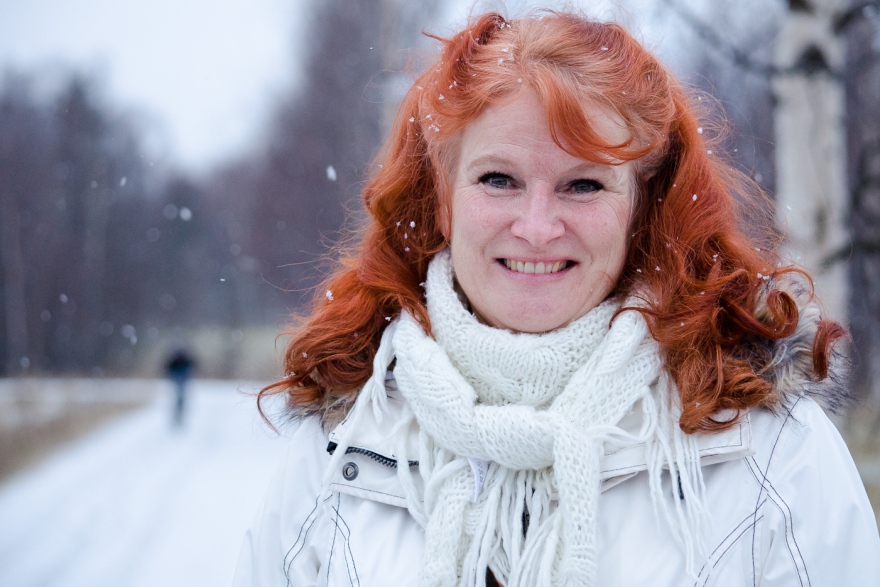 In four research projects Märtha Andersson have studied children of all grade levels from pre-school up to grade five. In two of the projects she has studied two different schools but in the rest have up to 750 students participated.

In recent years there have been many alarming reports on where Swedish school are heading. But Märtha Andersson does not agree with all the critical voices. She believes that there is a lot of good work being done in the schools.

– The question is what one actually measures. If I look at the skills these kids have, I see that they have learned a huge amount, but their knowledge may not be covered in the PISA study. The skills the children have is not always made visible, says Märtha Andersson.

At the beginning of the projects the teachers testified that storytelling has decreased in teaching. Among the causes that were mentioned she found lack of time and stress of everyday life, individualization, which led to that the cooperation among students has decreased and hence also the narration. The teachers felt, however, a great deal of enthusiasm to give students the tools to develop different narrative forms, a way to create meaningful context for the students.

After participating in Märtha Andersson's research project for six months, they see an improvement and that a great deal of interest was awakened in the students, especially among boys who had previously been completely uninterested in writing.

– It was great fun to see. It became a huge commitment from both teachers and students who saw the narrative possibilities. Many have continued the project on their own where Kulturskolan have recorded children's stories and where children have continued writing.

The use of narratives can be a way in to the more fact-based language. Through the stories the children will also have a chance to tie together their experiences and create an involvement in their learning.

– The students notice that their friends have a lot of stories and it creates an understanding of differences. It is actually a kind of democratic education.

The thesis is called Narrative possibilities – multimodal narratives and aesthetic learning processes and examines how children use different types of resources when the written word gets competition from other media. For example, Märtha Andersson was able to see that among the younger children there is a real fairy-tale structure in their stories. The older inspire and borrow from the world of film.

Her research on narrative is not over. She has just started a new project linked to children's learning through storytelling.