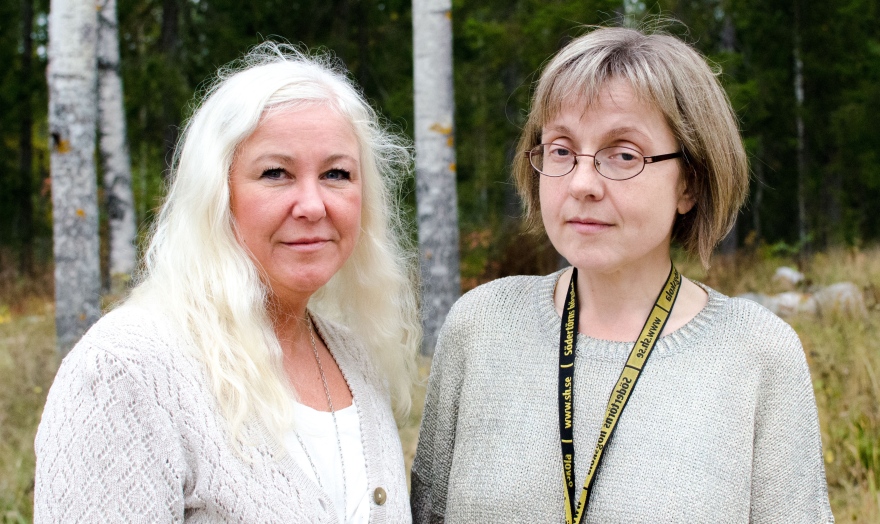 How it that it’s not until 2013 a doctorate student is finishes their Swedish doctoral dissertation? That's because LTU has not had its own research in Swedish before. It was only in 2003 when Swedish got its first professor, a guest professor, that the research environment began to take shape. Swedish as a language and general literary studies were academic subjects at LTU, but how to deal with Swedish in the future was unclear.

Swedish with a didactic approach was the path that LTU chose. Anders Öhman became professor of the subject and the first graduate students were hired in 2008. Last spring they defended their doctoral dissertations.

As the first doctoral students in Swedish, Lena Manderstedt and Annbritt Palo have seen how a new system was formed around them. The structures around the graduate program have not always been completely finished.

- It has been challenging, both that the topic of our research was relatively new in the academic world and that it’s a lot to take in at the beginning of a graduate program, they conclude.

But being the first doctoral students have also had clear advantages. They describe themselves as being pampered by colleagues. Lots of people have been interested in what they have been up to and how their research has been going.

- At a department with lots of research an individual doctoral student can be quite anonymous. That was not the case for us, says Lena Manderstedt.

Annbritt Palo and Lena Manderstedt had two separate dissertations. However, their theses was connected to each other since they studied different aspects of the teacher education. Annbritt Palos thesis is about how, through their way of formulating courses and study plans describe what kind of teacher you want to and believe that you educate. Lena Manderstedt has focused on how the internship (placement) is described in the study plan.

Although their research was on different topics, they worked closely together. They read each other's texts, asked critical questions and help motivate each other when the research felt difficult.

- Sometimes we saw the same thing but from different sides, says Annbritt Palo.