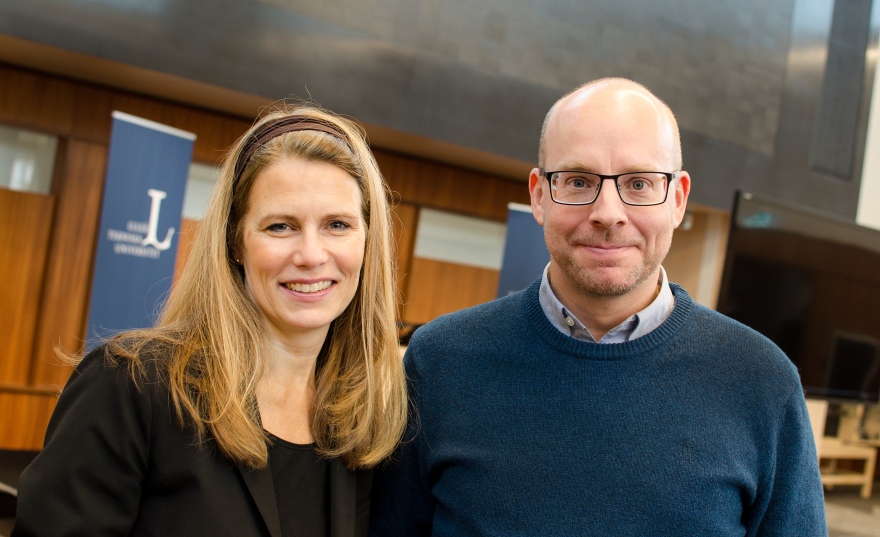 – Previous research shows that there are great benefits to do in the learning context, not least in terms of reading and writing skills. There are also indications that interactivity makes you engulfed by the story in a different way than reading a book, says Stefan Lundström, senior lecturer at Luleå University of Technology.
He believes that the development of a game design can help students find a red thread in reading.

– Literature reading at school is often very fragmentary and for students it becomes difficult to see the context between these different texts. By placing the texts in a simulation and a framework we think that one can create a context where the students actually understand how texts from different times and cultures fits together.

Following an avatar through the literature story

Together with Caroline Graeske, Assistant Professor at the University, they both lectured under the heading "Playing for reading" at Vetenskapens hus in Luleå. In collaboration with graphic artist and doctoral student Stina Thunberg, they have developed a game design that has been tested at a high school. The overall purpose has been to investigate how game design elements may be used to develop students' reading skills and understanding of literature.

– The idea is that students should follow an avatar traveling through literature history. The avatars would then collect, or unlock, as many heroes as possible during a literary epoch . These heroes are characters in fiction and body themes like love, evil, life and death and possess different characteristics that the avatars will gather. To help, the avatars have fictional texts but also picture and sound clips, says Caroline Graeske.

One contributing reason for the launch of the project was the fact that young people read less fiction. Particularly clear, it is for young men who engage in television and computer games in a much greater extent than they read printed fiction.

– An earlier survey of youth's use of fiction in various media shows that adolescents aged 17-18 spend an average of one hour a week reading printed fiction. Young people, however, devote much more time to movies and television shows, but the absolute greatest time is spent on computer games. On average, young men spend ten hours a week playing. Young women plays significantly less, but they also spend more time playing video games than reading books, says Stefan Lundström and continues

Teachers required to work with games

– Another aspect of the necessity of gamification is what is actually in the curriculum: "texts that combine words and images, such as movies, interactive games and web texts". Teachers are thus required to work with games in the classroom.

The game design was tested on 16 students in a class 8 on two occasions and in addition four workshops were held with graphic artists and researchers. Although the experiment is still in its infancy, it was possible to make some preliminary observations.

– But that did not happen. The tendency was rather that the girls were more positive about the game design. But we do not know if it depends on the data itself or whether it was reading texts that were dissuasive, says Stefan Lundström.