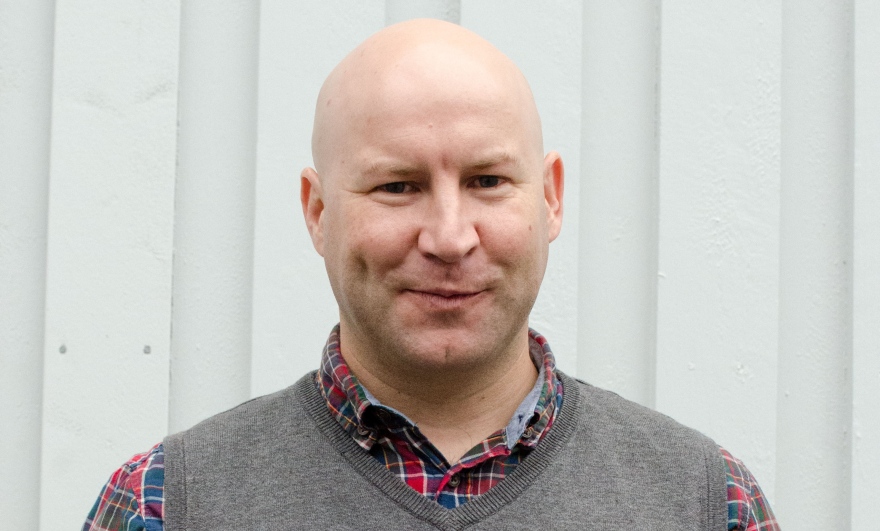 Right now Adrian Rodriguez teaches a course in Swedish for beginners where some of the participants speak Farsi as their first language. To show his students how much they can learn during a ten week course he'll learn Farsi while they are learning Swedish.

- I think it's important that students understand that they will never get a better opportunity to learn to speak Swedish than now when they are in Sweden, he says.

Adrian Rodriguez lives his life in Swedish and English. Each week he also speaks German, French, Spanish and Russian. Right now he is learning Chinese. He tries to make the languages a part of everyday life.

- I love to watch soccer and when Zlatan plays in France, I choose to watch his games with French commentators, he says.

Adrian Rodriguez comes from a community outside of Auckland, New Zealand. When he was starting sixth grade he had the opportunity to study a foreign language in school. He wanted to learn French, but his parents thought it would be a waste of time, so he chose to do extra sports instead.

- They didn’t think I would ever study at university, he says.

Dialogues is an important tool

Now, he has studied 17 languages ​​- but is at levels in all of them. He has noticed that instead of learning from a book in a traditional way, it is better to create short practical dialogues. When he traveled to Turkey, he wanted to be able to speak Turkish with those he met. He thought about the most common conversations he would have and learned how to introduce himself and talk about why he was in Turkey. He studied for 20-30 hours before leaving. In a taxi, he managed to keep up a conversation with the driver for 15 minutes. It was only when the driver started talking about the World War I that he had to switch to German.

He uses the same method when he teaches Swedish as a second language at Luleå University of Technology. He creates dialogues that students can customize to suit their own lives. While reading the text, they can listen to audio files he has recorded. In the lessons he tries to activate students' knowledge in different ways so that they leave each lesson with practical skills they can use in their everyday life. He also tries to teach strategies to help students become independent in their language development.

Being surrounded by the language you want to learn is a great advantage. Anyone who wants to learn a language spoken in a different place than where they live would benefit from having a friend who is a native speaker of that language.

- You cannot learn a language in the same way you learn mathematics. You should ideally have an emotional connection to the language, the country where it is spoken or people who speak the language. If you're planning on going to Latvia is it smarter to learn Latvian than Spanish, although Spanish is a world language.