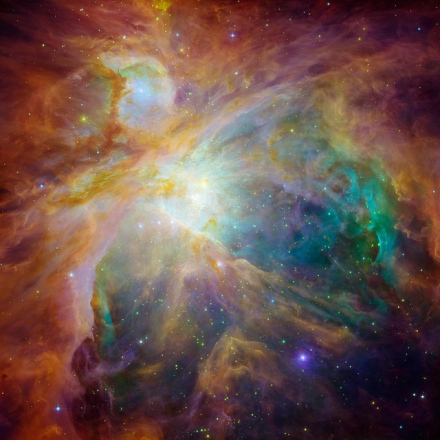 The Orion nebula is an example of an interstellar cloud. Source: NASA/JPL-Caltech/STScI. View original picture , opens in new tab/window

Method development for computations of molecule production in the interstellar medium

In space there are intersteallar clouds (like the Orion nebula, see picture) that are formed after supernovae and contain large amounts of molecules.  About 200 molecular species have been observed in the interstellar medium so far.  In the molecular clouds new stars and planetary systems are formed.  The molecules are crucial in this process since a cooling mechanism is necessary when the matter goes through gravitational contraction.  Molecules can efficiently transform the gravitational energy into electromagnetic radiation.  This means that reactions and excitations of molecules is of great importance in the birth of new stars. It is a great example of interplay of small (molecular) and large (interstellar cloud) length scale physics.

Research on the interstellar medium is interdisciplinary.  Observations are done with radio telescopes.  A very modern and impressive observatory of that kind is placed in the Atacama desert in Chile.  The facility is called ALMA and consists of 66 parabolic radio receivers, and its price tag is about 1.4 billion dollars.  All the data that is collected there must be analyzed, and a cooperation between observational astronomy and computational science is vital to carry on the research on the dynamics of interstellar gas.

One important mechanism for formation of molecules in interstellar space is radiative association.  In this process two atomic or molecular fragments collide and bind to each other by releasing energy in the form of electromagnetic radiation.  Radiative association is almost impossible to study in a laboratory because of technical limitations.  Instead, the probabilities for molecule formation, so called rate constants, have to be computed.  Formation of diatomic molecules have been studied quite a bit, and there are several available methods.  Some computations of formation of weakly bound triatomics, and one or two chemically bound triatomics, have been carried out.  We are working on development of methods that can be applied to formation of triatomic and polyatomic molecules through radiative association. 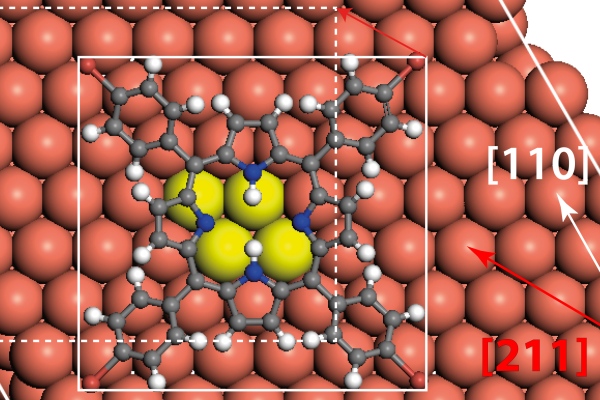 One step closer to molecular electronics

A collaboration between Applied Physics at Luleå University of Technology, Nottingham University and University of Bath has led to groundbreaking discoveries within molecular electronics. The results are published in the high ranking journal Nature Communications.

The research subject applied physics at Luleå University of Technology