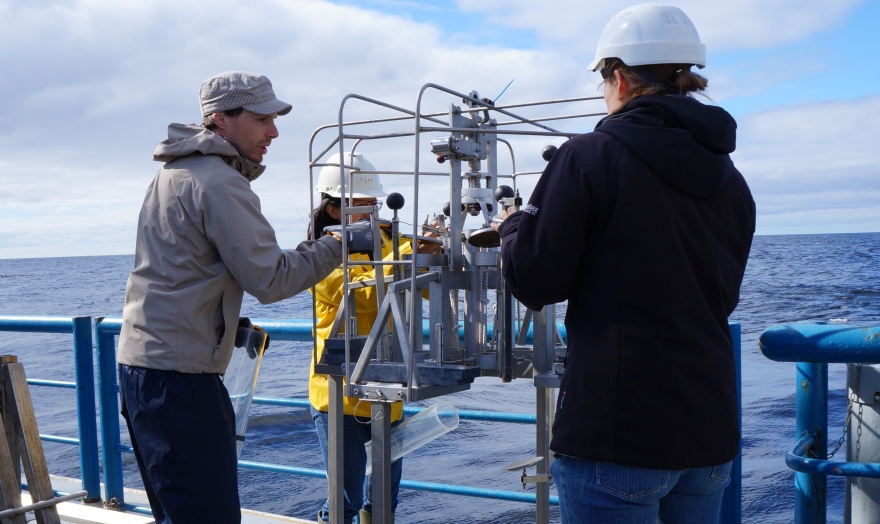 For Sarah Conrad and her research colleagues at Applied Geology all elements of fieldwork are apprecated breaks in the job. View original picture , opens in new tab/window

In the southern Baltic Sea algal blooms due to the high levels of nutrients (phosphorus) and has for a long time been a major problem, while in the Gulf of Bothnia it is not present at all. Since the Gulf Bay sediments tbinds phosphorus and represents a phosphorus trap, it is important to understand how this trap works. 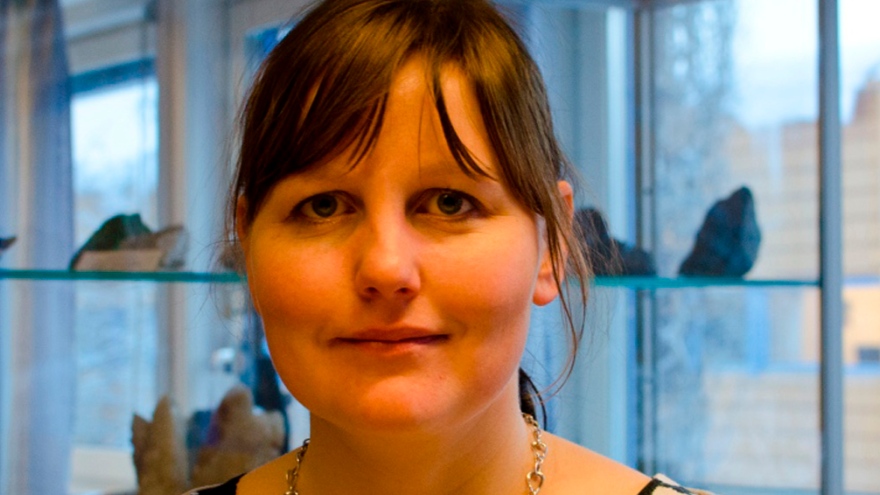 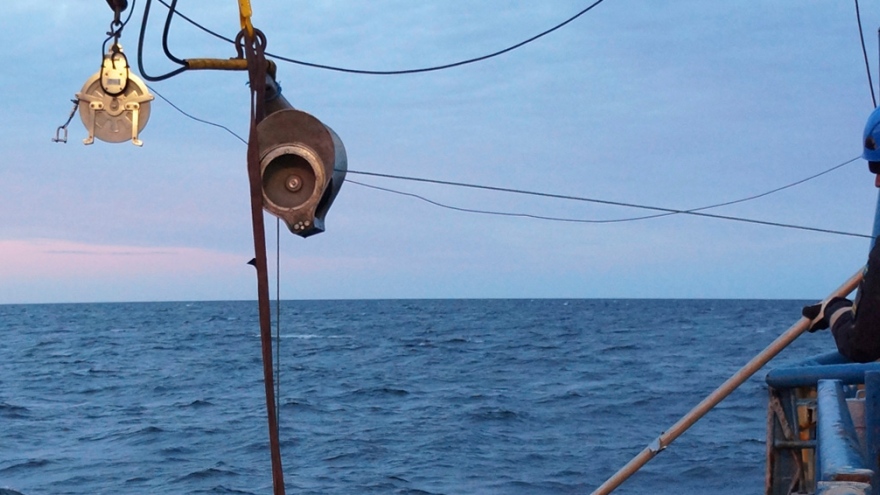 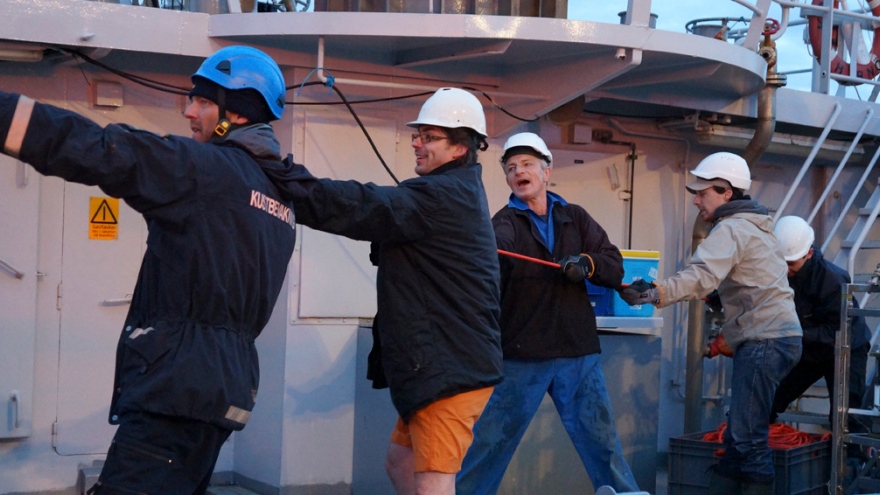 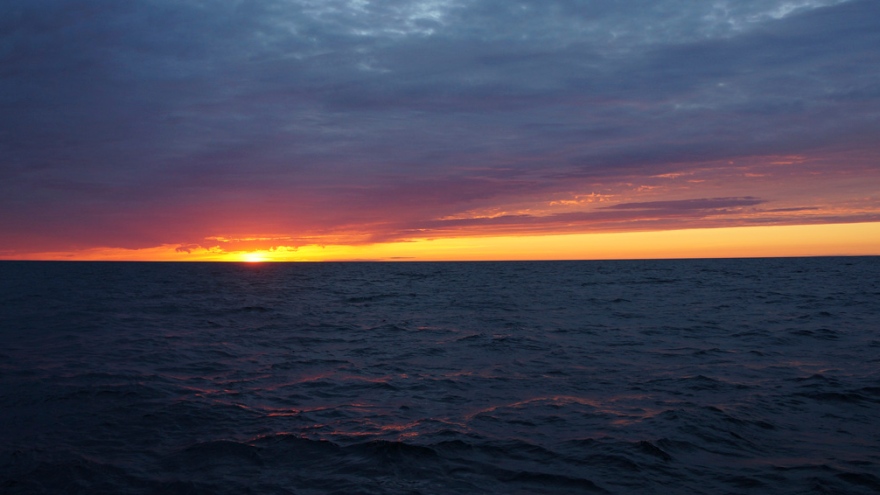 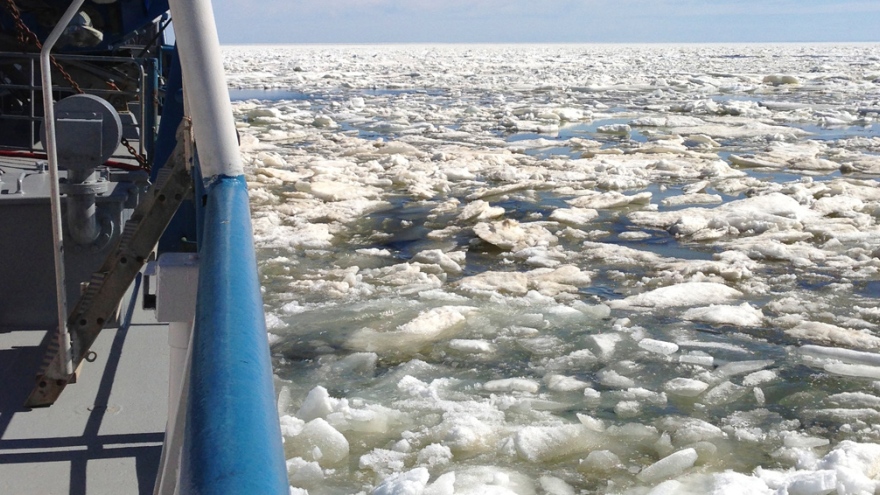 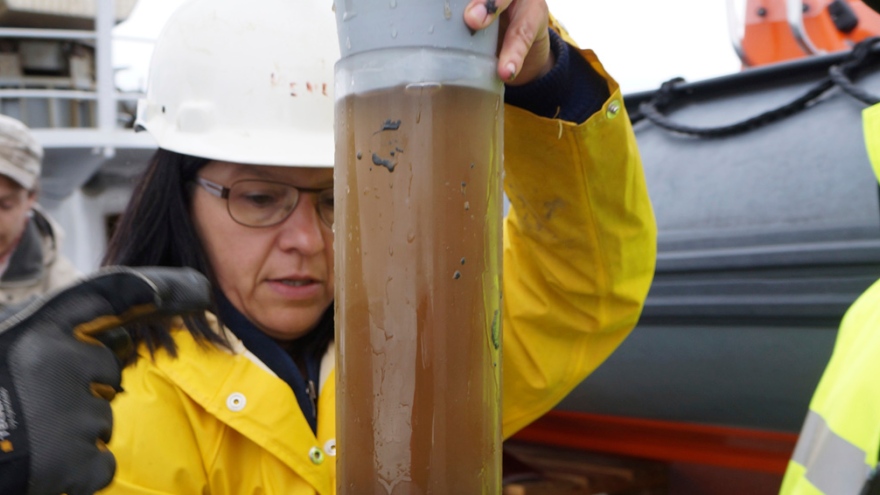 Above: Images from the spring and summer sampling

Sarah Conrad is active in the research field of Applied Geology and the man looked in the summer is iron and manganese transport to the Bay from land. What you want to study is whether particles of iron binds phosphorus and how this affects miljögeokemin in the Gulf of Bothnia, especially photosynthesis. Johan Ingri, Professor of Applied Geology, summarizes the hyptes working after this:

- Photolysis is an important process for the regulation of phosphorus in the Gulf of Bothnia surface water. When the sun shines on the brown humic water coming from the country the humus is broken down and the formation of iron particles (photolysis). Nutrient phosphorus sticks to the particles and will not be available for plankton, which contributes to the Gulf of Bothnia is a nutrient-poor part of the Baltic Sea.

For Sarah Conrad and her research colleagues at Applied Geology all elements of fieldwork are apprecated breaks in the job: - We spend so much time indoors in front of computers and other technical equipment, so get out the archipelago, it is entirely inspiring, says Sarah Conrad.

If the theory that researchers at the university now investigating proves correct, one can understand and respond to future climate change in a better way. The summer sampling is a pilot project for the next summer when the bright being carried out if everything works. - Our ambition is to be able to get our theory confirmed sometime in late fall 2014, concludes Johan Ingri.