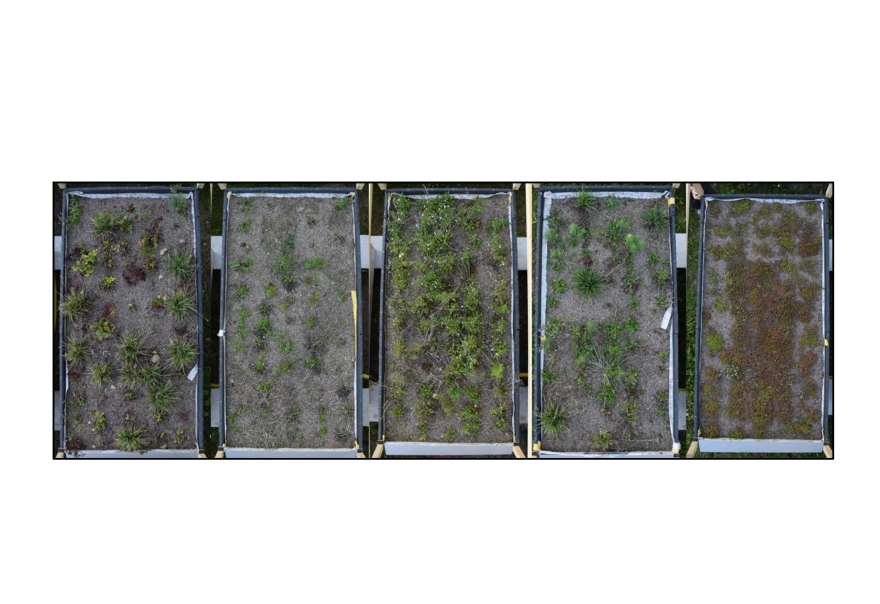 Green Roof Performance in Cold Climates: A study on how different plants suited for the subarctic climate in northern Sweden affects the performances of green roofs View original picture , opens in new tab/window

Increased urbanization leads to an increasing amount of impervious surfaces and a decrease of the natural hydrological function. Urban stormwater can thus impact receiving water bodies (e.g. erosion) or the urban area itself (flooding). Integrating more nature-based systems can mitigate these risks. One such technology are green roofs. Most of the research and development done on green roofs have been focusing on the conditions of central Europe. Installing green roofs with the same vegetation in the subarctic climate of northern Sweden would expose it to a climate it is probably not suited for, and growth would be limited. The vegetation helps increase the performance of the green roofs and therefore the purpose of this thesis was to examine if planting native vegetation would help increase the green roofs performance. Thus, experiments on pilot green roofs with different vegetation were conducted.

The vegetation was chosen based on Grime´s “universal adaptive strategy theory”, which describes competitors, stress tolerators and ruderals as three different vegetation groups with different survival strategies. Different species from each group were selected and planted on the roofs. There were five roofs per survival strategy and five roofs where all strategies were mixed. Conventional sedum vegetation was planted on five roofs to be able to compare green roofs performance. Five control roofs with substrate only and one reference roof made of steel were installed as well. In total, seven rainfall events were analyzed and few significant differences could be found between the competitors, stress tolerators, ruderals and the vegetation mix.

A conclusion is that stress tolerators may help to increase green roofs performance mostly, but due to the relatively short study period, continued measurements are recommended to draw further conclusion. The competitors, stress tolerators, ruderals and vegetation mix increased green roofs performance in comparison to using sedum vegetation or only substrate.

Green Roof Performance in Cold Climates: A study on how different plants suited for the subarctic climate in northernSweden affects the performances of green roofs
Master thesis on green roofs