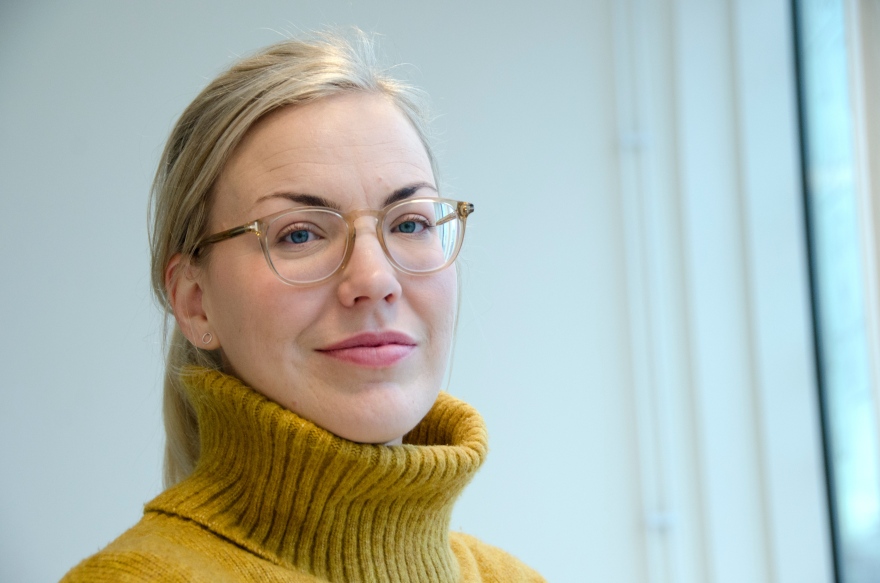 The mine has not always been a workplace only for men. Before the industrialization, women also worked in the mines, but with the industrialization in the late 1800s when mining became more capitalized, centralized and mechanized, there was also an exclusion of women in mining. The exclusion of women at work was a development driven by the state, employers and the trade union movement. This led to the introduction of a statutory prohibition against women in underground work in 1900, a law that was repealed as late as in 1978.

From the 1980s until 2005, the proportion of women working in mining in Sweden increased slowly, from about three to six percent. However, as of 2005, women's participation has increased at a faster rate and in 2018, the miners' collective consisted of 17 percent women (SGU 2019).

– There is a duplicity in the mining organizations. On the one hand, the mining companies are modern high tech organizations with world-leading technology and gender equality high on the agenda, on the other hand the organizations are still dominated by men. But we see that there is a change going on. The image of the mine as a workplace only for men is no longer obvious, says Lisa Ringblom, PhD in Human Work Sciences at Luleå University of Technology.

Lisa Ringblom has a PhD in Human Work Sciences and her dissertation is about gender and gender equality work in the Swedish mining industry's work organizations. She has interviewed miners and HR managers from several different mining companies in Sweden. She has also done a number of workplace visits.

Something that turned out to be characteristic for the underground work was the hard jargon. The miners described it as "raw but cordial", "open discussion" and a "familiar atmosphere". But according to Lisa Ringblom, the jargon can also be used to exclude, express sexism and be directly hostile, for example against women.

– When it is an "open discussion" the bar is raised for what is okay to say and not. You can see that some people use this space to say anything about women. Since women are in the minority in the workplace, they end up in a very vulnerable position when they are designated in a group of men in this way. It gets sexist, says Lisa Ringblom.

Several of the interviewed women working in the mines describe strategies for dealing with "when the joke goes overboard", such as walking away or "shutting their ears off".

­– If women, on the other hand, manage to use the jargon to their own advantage, they can gain influence in an environment where the jargon is an important cultural marker, says Lisa Ringblom.

According to Lisa Ringblom, the gender equality work in the mining organizations has for a long time focused only on the women. They have seen them both as a problem (there are too few women in the mines) and at the same time the solution (if we only get more women then the problem is solved). For example, they have focused on supporting the women who already are in the organization and also tried to recruit more women. The women are expected to add "something else" to the organizations, such as being more collaborative and creating a "nicer atmosphere".

– The problem is that this idea is based on the fact that men are still the norm and that women are considered to be “something else”, says Lisa Ringblom.

But now people have also started to see the role of men in the gender equality issue, says Lisa.

– However, not all men are actualized. Those who are identified as a problem are the working class men from sparse and rural areas. The view is that "we have to get order on these guys”, she says.

Lisa's research thus shows that inequality in organizations is not seen as a structural or organizational problem, but rather as a problem caused by certain "problematic" groups.

– The research says that if you are going to work with gender equality in a good way, you can’t focus on certain groups in the organization and designate them as scapegoats. You have to review the organization at all levels. I think this is a structural organizational problem, not a problem at the group level or individual level, she says.

Gender equality is important for the mining companies' future from a sustainability perspective, says Lisa Ringblom.

– To be able to create modern and attractive organizations where people want to work, you need more knowledge about these issues. You also need to be aware of the pitfalls of gender equality work, says Lisa Ringblom.

– What I have seen in my research is that the gender equality work carried out in the mining companies both contributes to break but also to reinforce the men's norm and gender relations, although that is obviously not the intention. For example, there is still a rhetoric in which they talk about women's inequality in relation to a norm of men and masculinity that is taken for granted. Such rhetoric only further reinforces the image that men are in one way and women in another, because of their gender, she says.