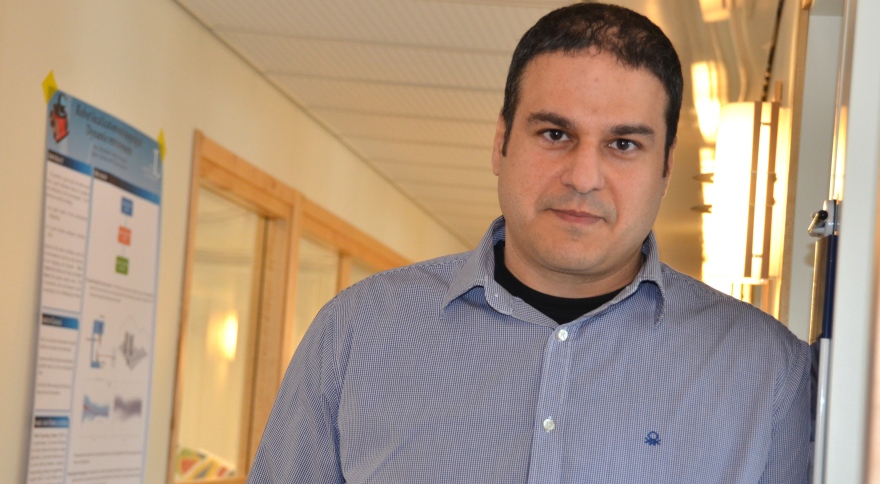 The Department of Computer Science, Electrical and Space Engineering at Luleå University of Technology is leading the robotic part of the project SIMS, Sustainable Intelligent Mining Systems. SIMS’ vision is to create a long lasting impact on the way new technology and solutions for the mining industry are tested and demonstrated.

– There is a gap between theory and practice and SIMS will narrow this gap. For us, the project is about applying research we have already carried out, says George Nikolakopoulos.

When a blasting is done in an underground mine, a completely dark shaft full of rubble and rocks are left behind. Before wheel loaders can enter in order to pick up the valuable mineral, the shaft has to be considered safe. Voids and loose rocks need to be carefully checked for if accidents are to be avoided. This is a job that advantageously can be done by autonomous drones and other robotized machines e.g. robotized scalers.

– Drones can be used for inspection purposes. After a blasting, a drone can be sent there to map the environment. After that, people or vehicles can be sent in, says George Nikolakopoulos.

The biggest challenge in robotics

The drones that the Automatic Control Group is working with have two cameras attached to them, for stereo vision, and electronics and sensors for detecting orientation. Hence, the most difficult question to answer for an autonomous vehicle is where am I?

– Imagine yourself being in a totally unknown environment with closed eyes and having the task to perform a complicated action or just move around. This is why Where am I is the most fundamental question in robotics. If we find the answer to that, the rest is easy and straight forward, says George Nikolakopoulos.

– We can already do this in a lab, now we need to try this in reality. In the final year of the project we’ll demonstrate this in real mines. Also, we need to make sure that the drones can handle the mine’s dusty and humid environment.

The drone’s ability to map an unknown environment is one of two missions the researchers from Luleå University of Technology are involved in within the SIMS project. Also, they are going to further develop the use of a remote operated scaler machine in combination with augmented reality for creating a more physical interface to the remote operator controlling these machines.

– Augmented reality in mines is one of the future’s biggest features in general in Robotics. By using VR goggles, an operator will be able to see both reality and additional augmented useful information. This could improve the operator’s working experience and performance when remotely operating the scaler, says George Nikolakopoulos.

George Nikolakopoulos is convinced that all heavy services, such as construction machines for roads and buildings, will be fully automated in the future. And mines will be no exception. From a human perspective it will be safer, and from a commercial perspective it will be more efficient since there will be fewer production stops.

– The purpose is to move people from inside the mines to above the mines. Humans are limited in a way that robots are not, robots don’t get tired for example, and we need to exclude humans and let the robots do the work.

The EU initiative for Sustainable Intelligent Mining Systems, SIMS, is a three year project and has a total budget of 168 million SEK and most of the funding comes from Horizon 2020, EU’s biggest research and innovation programme. The robotic part of SIMS has a budget of ten million SEK.