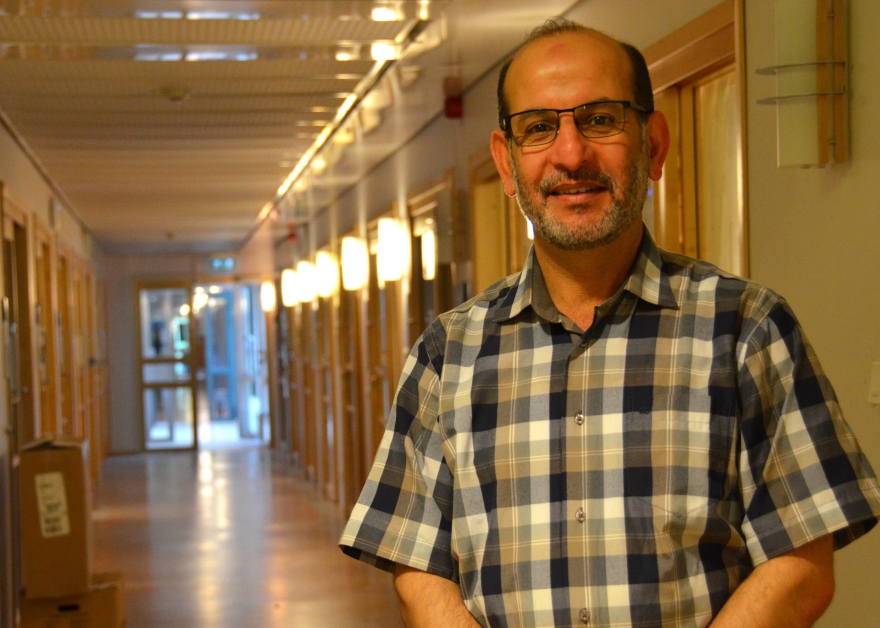 In his Doctoral thesis, Thaker Nayl addresses the problems of modeling, path planning and path following for a vehicle in a realistic environment and in the presence of multiple obstacles. Imagine for example a vehicle that is operating in a mine, how can it move without bumping into obstacles? And how can this be done by using local sensors instead of sensors in the environment in which the vehicle moves?

– One concern is that vehicles side slips, while moving the vehicle slips sideways and it shouldn’t. I have modified an algorithm and done multiple experimental tests using a fully realistic vehicle, Thaker Nayl explains.

– I hope that my research can get us one step closer to autonomous vehicles in mines. I’m sure it will happen in the near future.

Thaker Nayl is one out of five students from Iraq that are doing their PhD’s within the field of Automatic control at the Department of Computer Science, Electrical and Space Engineering. There is an agreement between the Iraqi state and Luleå University of Technology and it is the Iraqi state that finances the positions. Thomas Gustafsson, Professor of Automatic control and one of Thaker Nayl’s supervisors, says the agreement is important for both the university and the PhD students.

– We get the chance to teach and share our knowledge. But also, our Automatic Control Group has got five PhD students that can conduct research within a relatively loose framework. We call it curiosity research, says Thomas Gustafsson.

– The five PhD students from Iraq have contributed a lot to our group, both professionally and socially.

Thaker Nayl appreciates the experience of doing a PhD in another country and at Luleå University of Technology.

– For example, as a PhD student in Sweden you get to travel and visit conferences. That gives you great opportunities when it comes to networking and also broadens your thoughts on your research, says Thaker Nayl.