Skip to content
Tobias Bauer, associate professor of Ore Geology, guided the King when he entered the University´s virtual mine. 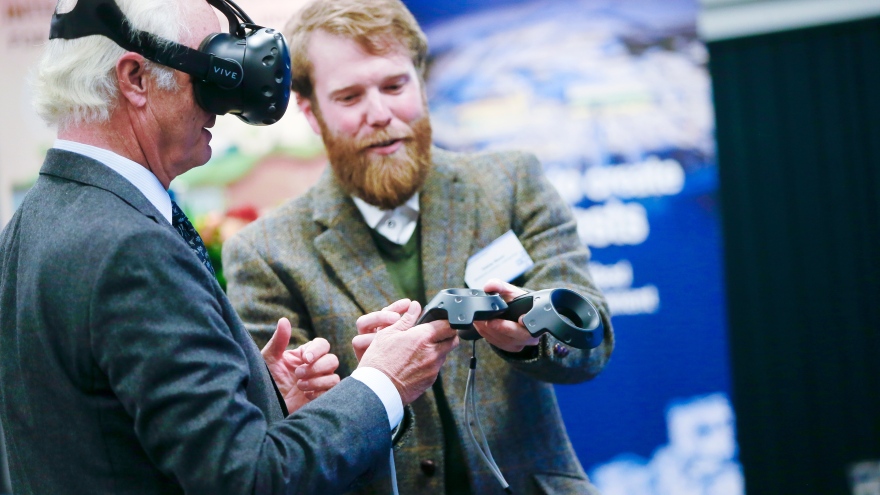 The King shaked hand with a humanoid in the robotics lab at Luleå University of Technology. 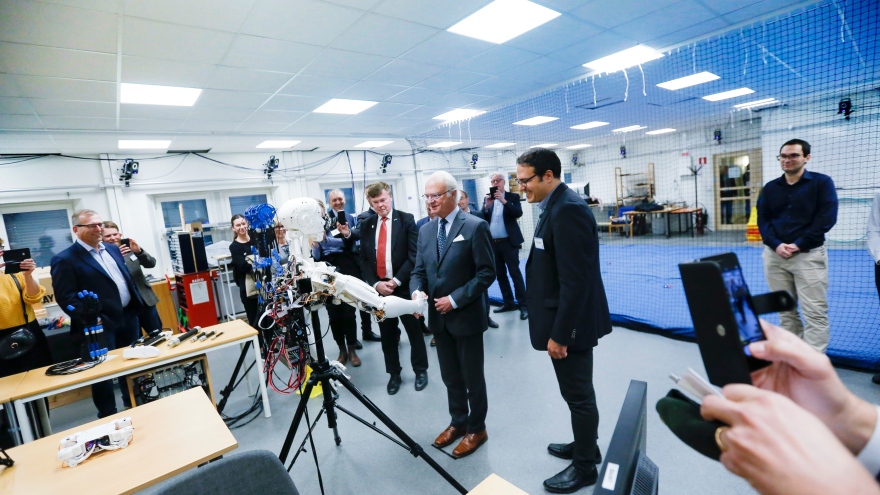 The King's visit to Luleå University of Technology was part of a trip in Norrbotten with focus on sustainability. 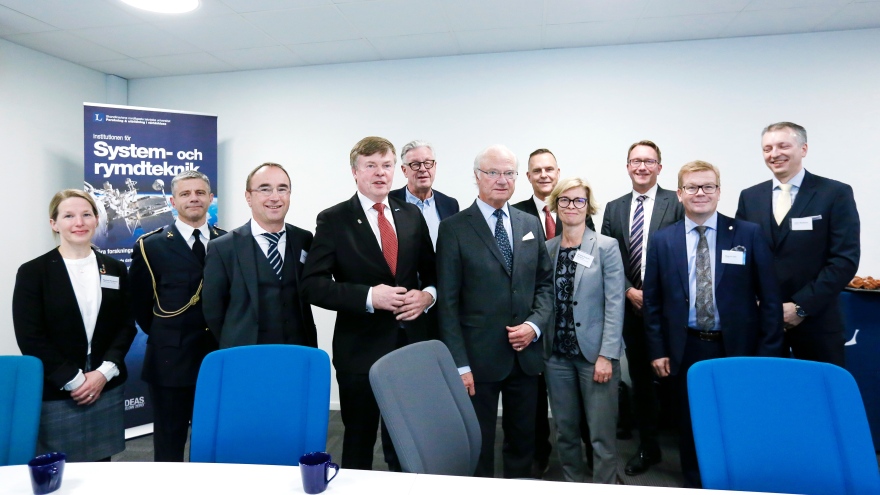 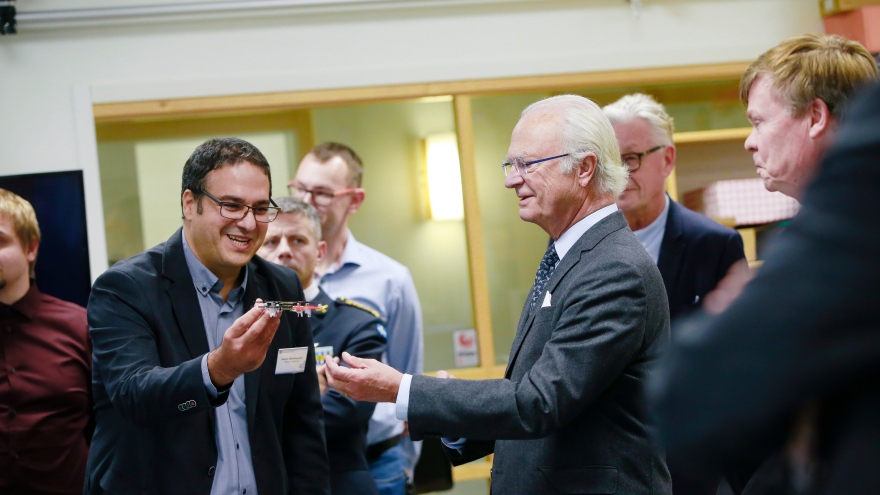 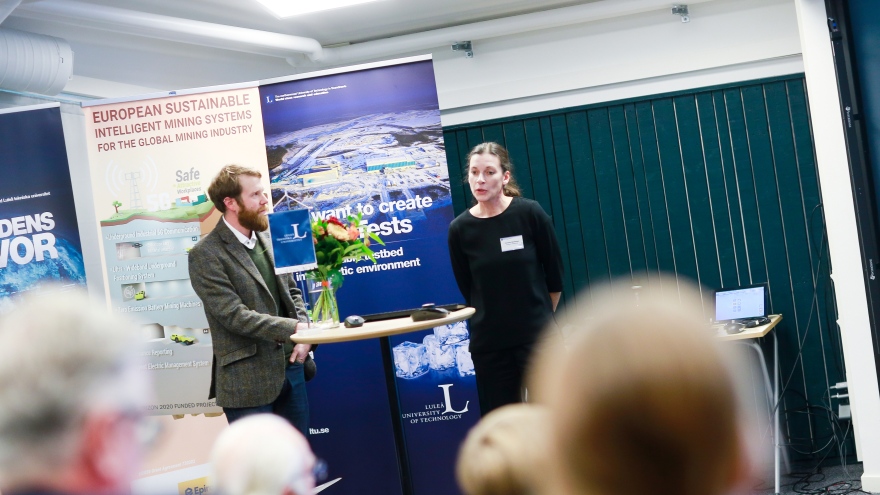 "HABIT will be the first Swedish instrument used on the surface of Mars", said María Paz Zorzano Mier, professor of Atmospheric Science. 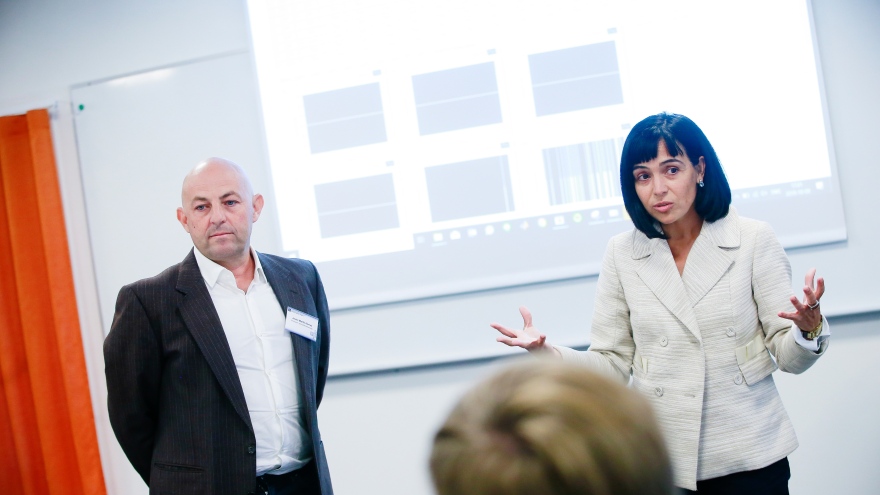 Among other things, HABIT will provide information about the Martian atmosphere. 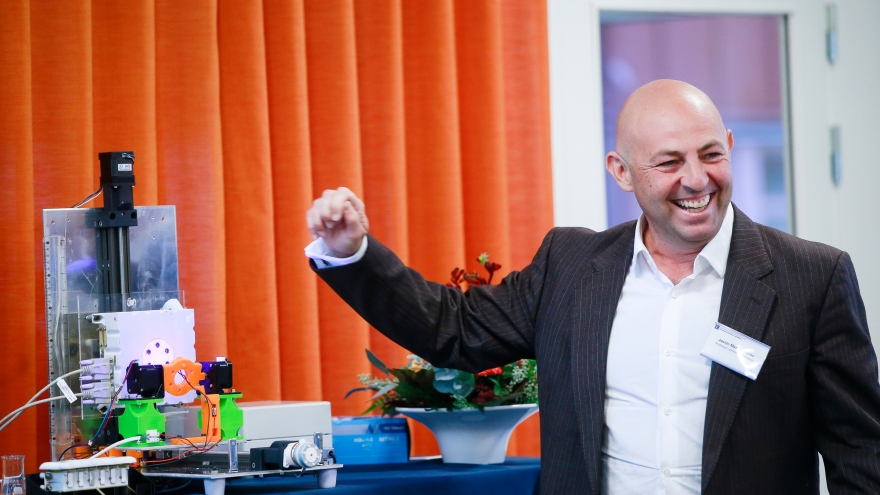 "This technology can be used on earth, for waterfarms in deserts," said Javier Martín-Torres when he introduced the HABIT instrument that will be sent to Mars in 2020. 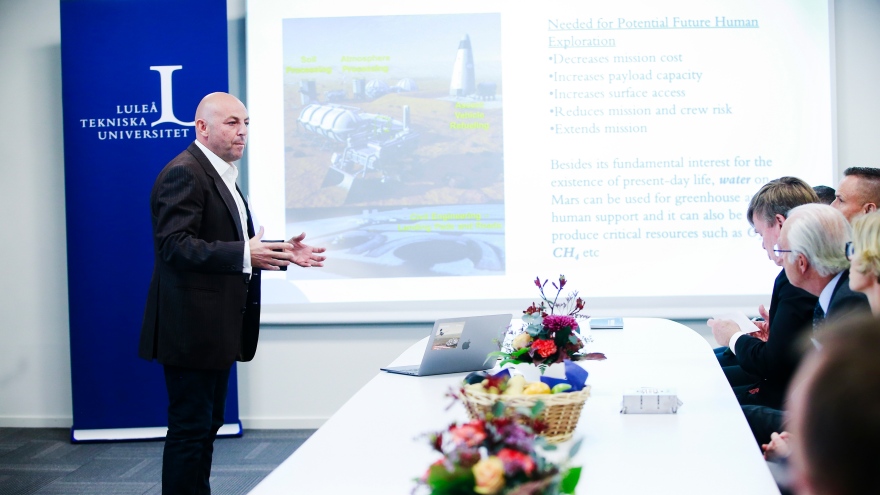 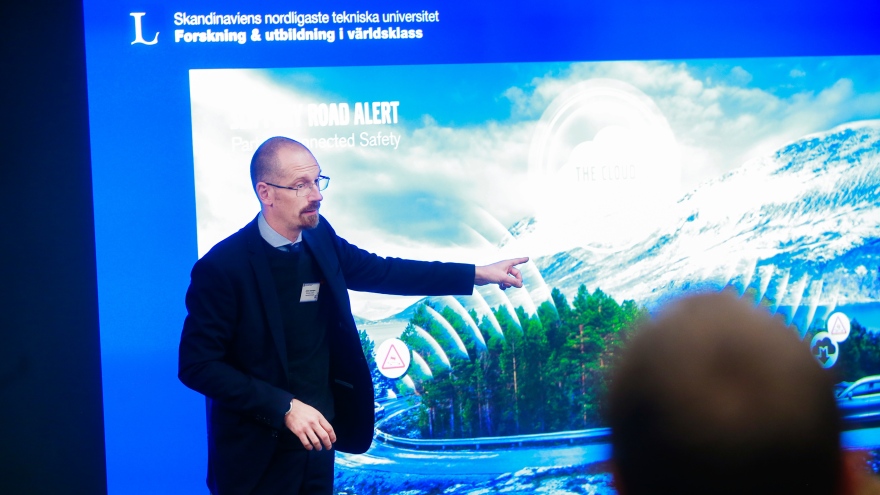 The King visited Luleå University of Technology on October 9 to gain an insight into research linked to sustainability. 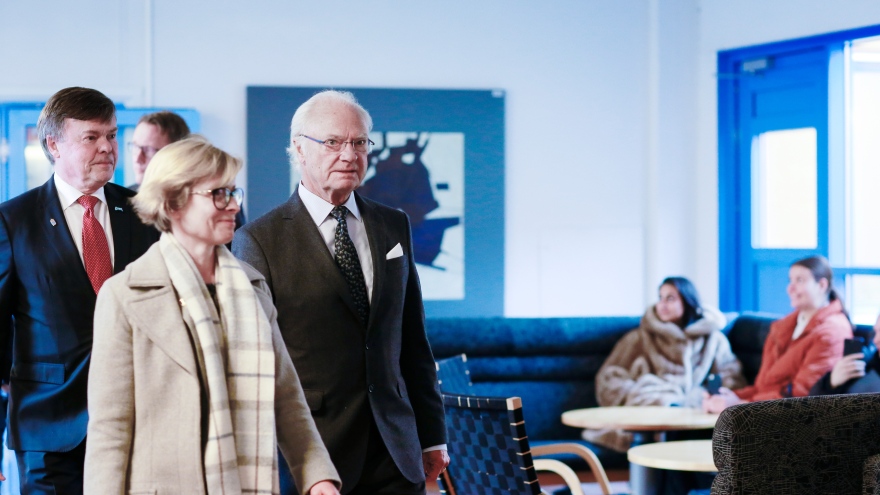 One of the longer stops at the King's visit in Norrbotten was at Luleå University of Technology. 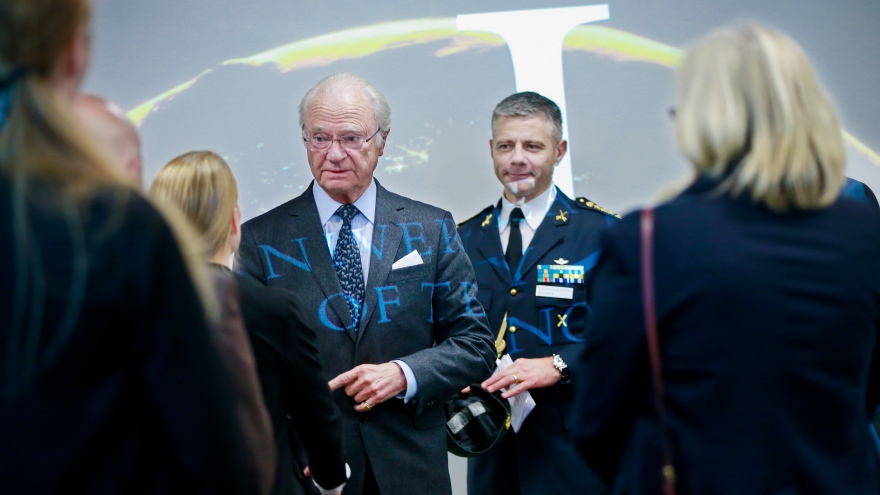 The King in the VR studio together with Birgitta Bergvall-Kåreborn, Vice-Chancellor of Luleå University of Technology, and the Governor Björn O. Nilsson. 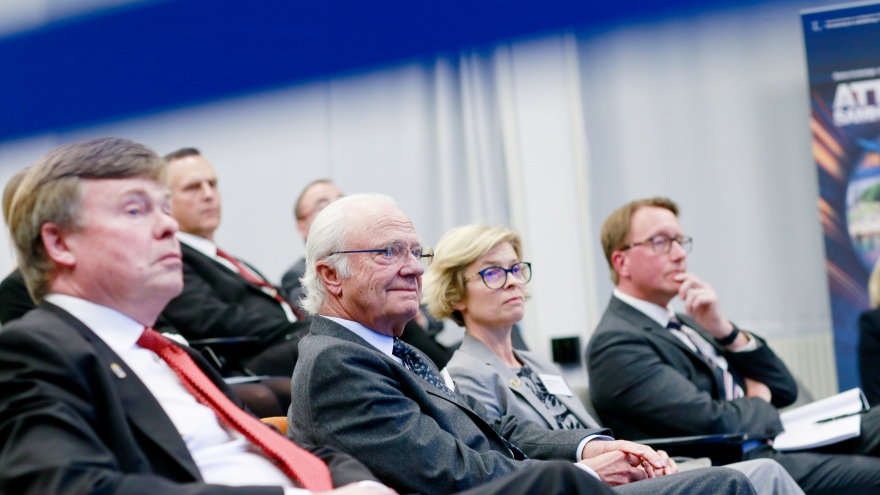 The Swedish King was earlier this week on a "sustainability trip" in Norrbotten. One of the longer stops was at Luleå University of Technology, where he received inspiring presentations and demonstrations by researchers Christina Wanhainen, Tobias Bauer, Johan Casselgren, George Nikolakopoulos, Javier Martín-Torres and María Paz Zorzano Mier.

The King got to step 1400 meters underground in the university's virtual mine, which is used by both researchers and students.

Tobias Bauer, associate professor of Ore geology, explained that thanks to VR technology, it is possible to follow the entire production process in a mine.
– I understand the principle, said the King as he tried to move in the virtual shafts and aisles.

The virtual mining environment is developed in collaboration between the University's researchers in Mining and rock engineering and Visual arts.
– It's a great honor to showcase our broad research linked to sustainability. The VR studio and the virtual mine are also fine examples of our innovative education and how new technology strengthens the learning elements in our education programmes, says Vice-chancellor Birgitta Bergvall-Kåreborn.

The University's research group in robotics is a world leading in developing autonomous drones that can fly outdoors and in dark and unstructured rock caverns or mines. The King was given a presentation of the technology by professor George Nikolakopoulos and learned about the resarchers collaboration with Nasa. The King got to shake hands with a humanoid and see autonomous mini drones in action.

HABIT is an innovative instrument with multiple functions. It will, among other things, be able to investigate and quantify the landing area's three most critical environmental parameters for life as we know it: ultraviolet radiation,  thermal ranges, and access to water. It will also provide information about the Martian atmosphere.

– This technology can also be used on earth, for water farms in deserts, says Javier Martín-Torres.