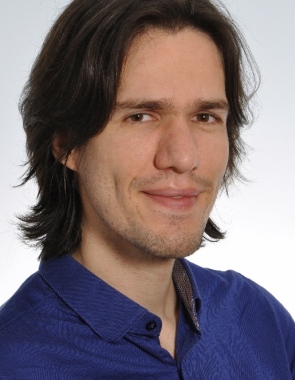 Marcus Liwicki received his M.S. degree in Computer Science from the Free University of Berlin, Germany, in 2004, his PhD degree from the University of Bern, Switzerland, in 2007, and his habilitation degree at the Technical University of Kaiserslautern, Germany, in 2011. Currently he is chaired professor at Luleå University of Technology and a senior assistant in the University of Fribourg. His research interests include machine learning, pattern recognition, artificial intelligence, human computer interaction, digital humanities, knowledge management, ubiquitous intuitive input devices, document analysis, and graph matching. From October 2009 to March 2010 he visited Kyushu University (Fukuoka, Japan) as a research fellow (visiting professor), supported by the Japanese Society for the Promotion of Science. In 2015, at the young age of 32, he received the ICDAR young investigator award, a bi-annual award acknowledging outstanding achievements of in pattern recognition for researchers up to the age of 40.

Marcus Liwicki gave a number of invited talks at several international workshops, universities, and companies. He also gave several tutorials on IAPR conferences. Marcus Liwicki is a co-author of the book "Recognition of Whiteboard Notes – Online, Offline, and Combination", published by World Scientific in October 2008.--> He has more than 200 publications, including more than 20 journal papers, and excluding more than 20 publications which currently undergo the review stage or will soon be published.

Other certificates and prices