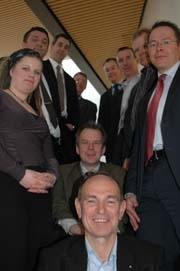 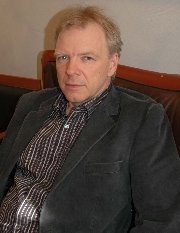 - It is a great strength to industry and academia now delayed to obtain a clear picture of the future of the mining industry by 2010, says Ulf Marklund, technical manager at Boliden Mineral AB.

Ulf Marklund points out the university's role in the project. The mining-related research at the university is the national leader and in many areas are world-class research.

- LTU's role in the project is important, we already have a good working relationship as we continue to expand.

- To be innovative and not doing "more of the same" is our goal, says project leader Goran Bäckblom, Rock Tech Centre, RTC.

Some of the issues to be studied in the project Future Mine - a conceptual study, are among others the mining industry must be developed to attract young and female workforce, innovative, sustainable and cost-effective production processes, new technology, and more.

Project Future Mine - a conceptual study funded by the strategic mining research program developed on behalf of the government, which aims to increase the mining industry and its suppliers' competitiveness.

Behind the investment in the mining industry is among others the statement at the G8 summit in June 2007, where the mining and minerals industry was identified as a growth area that has great potential to provide support against poverty and for sustainable growth. Sweden and the Nordic countries have a key position when it comes to responding to the G8 countries' initiative. In the years 2003-2007 increased turnover, both at mining companies and suppliers, explosively.

Project Future Mine in progress between March 2009 - December 2010 and has a total budget of 5.5 million.