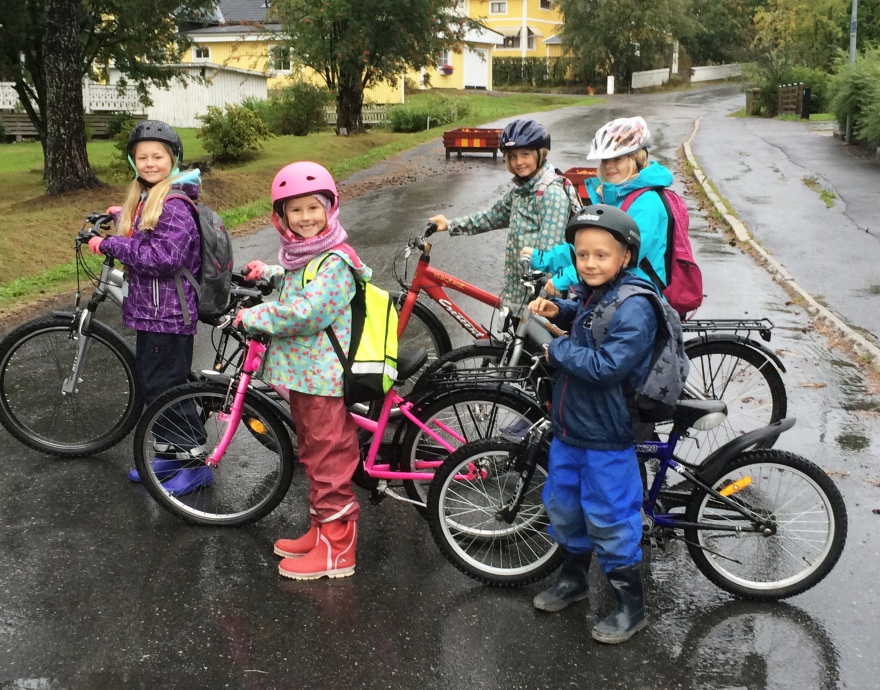 – The technology is here to stay and we can not see technology as a problem, but as an opportunity.

The overall aim of this thesis was to explore the development of a health-promoting intervention that uses empowerment* and information and communication technology, to examine the impact of the intervention and to describe adolescents' and parents' experiences of the intervention. 27 teenagers were divided into pairs and signed a contract with goals for physical activity and a promise to support each other during a month, by sending daily text messages that encouraged physical activity.

The results showed that the intervention group were physically active a total of 30 minutes more per day than the control group.
– The effect was the same for both boys and girls. It was also found that the physical activity had positive effects on the teenagers diet.

The teenagers also created a material to inform their parents about the project. Anna-Karin Lindqvist had a few headlines that she wanted to include in the material, but was pleasantly surprised.
– The teenagers had found more headlines than those I come up with, so the material was better than if I had done it myself. Additionally, parents are more likely to read something that the kids have made.

An unexpected effect was that the teens' parents also had changed their behavior and became more physically active. It was found that physical activity became a topic of conversation both among children in the school and between children and parents.
– Previous studies have shown that parents' activity rubs of to the children, but that it would also be contrary was very surprising, says Anna-Karin Lindqvist.

She also found that measure physical activity was motivating for young people and made them motivated to move more.

In future studies, Anna-Karin Lindqvist wants to use the components; to measure physical activity, that it should be fun and technology.
– I think of games. If the children for example have walked to school, it can be inserted as a resource in a virtual world, where the activity is transformed into diamonds, blue liquid or points. In the game, they earn from moving around in reality.

Anna-Karin Lindqvist is now looking out for a postdoc to realize the intervention including the game. She has her eyes set on Austin in Texas, USA, which has outstanding research in children and physical activity, but also a widespread gaming industry.
– It would be perfect to develop this kind of intervention over there, and make it a reality.

*Empowerment: That oneself has the power to make decisions, is an approach based on empowerment, and involvement increases the likelihood that interventions will be used in the long term.

Read Swedish summary of the thesis

Learn more about our research in fysioterpi