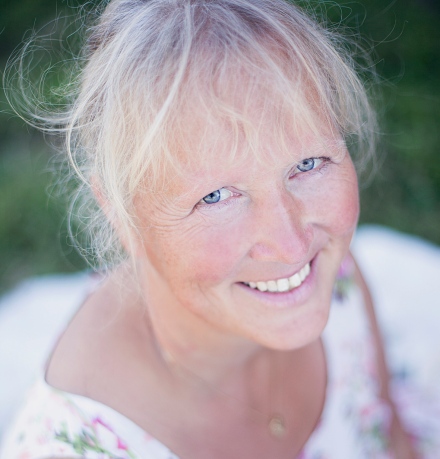 – There is not much research done on women in general and especially not right after childbirth. Therefore it feels great to show that it is natural that women have high glucose levels after birth. When I got the results, I realized that this must be the reason why it is difficult to set the glucose level in diabetic women, says Anitha Risberg, Doctor of Medicine in Physiology at Luleå University of Technology. The research is a collaboration between Luleå University of Technology and Uppsala University.

The most interesting finding in the study, done in collaboration between Luleå University of Technology and Uppsala University, was that glucose levels in healthy women undergoing normal deliveries had clearly elevated glucose levels up to three hours after the birth. Stress hormone cortisol was very high, reaching double - to levels that neither men nor women could consider achieve later in life. During childbirth the placenta produces cortisol, which provides support in the performance, which is appropriate. When cortisol comes into the bloodstream also rising glucose levels. From the high level of glucose produced the milk that becomes sweet and energetic, which allows children to be alert. Since the levels subside slowly and after about 27 hours after birth are down to normal glucose levels.

Gestational diabetes is one of the most common problems that occur during pregnancy. It is well known from before that it is difficult to set the glucose level in diabetic women after childbirth and their children often become lethargic, which is considered a problem. When Anitha Risberg and her research colleagues looked at the research results their thoughts went directly to this well-known problem.

– Today, the levels are kept low with insulin, but with the results of the study diabetic women should also be allowed to have naturally increased glucose levels after birth. It could have a positive effect on the children and making them less indolent . But it needs to be studied further.

There are only a few studies done immediately after the birth, and no one in the world has looked at glucose levels. In this study, 50 healthy women at Mälarsjukhuset in Eskilstuna were followed from entering the maternity ward. Samples, blood, urine and weight, has been taken when they arrive, three test innings during birth and four after birth - even up to 27 hours after birth. In the group with normal births, the glucose concentration increased to double levels during the opening phase of labor. After delivery, glucose concentration decreased gradually.
– It's amazing that we could follow these women in such a vulnerable situation. Without them it would not have been possible to carry out the study, says Anitha Risberg.

In the future, she wants to study diabetic women, but also the woman's condition after childbirth and the time during lactation.
– Today we describe the woman's physiological state as non-pregnant or pregnant. I would like to add the postpartum period and the period during breast-two as natural physiological state. It is the normal condition in which the body acts differently, and there is a huge gap to fill in terms of research on women, and especially during this period in a woman's life, says Anitha Risberg.

Anitha Risberg, PhD in Physiology at Luleå University, says the study's direct areas of use.