When the projects in Sirius 2017 were presented, it was possible to look at a forest machine and a tracked vehicle. Photo: Ted Karlsson. 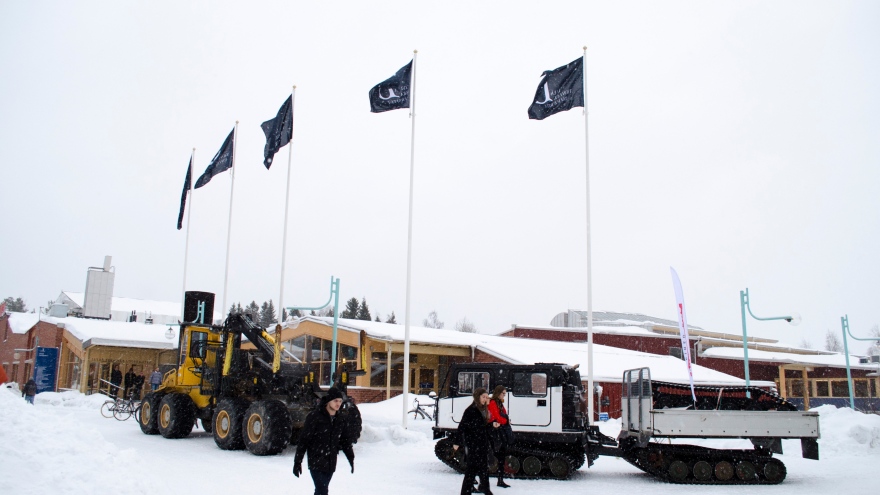 Group that worked on the project "the smart crane", in collaboration with, among others, the Cluster of Forest Technology and the Kempe Foundations. Photo: Ted Karlsson. 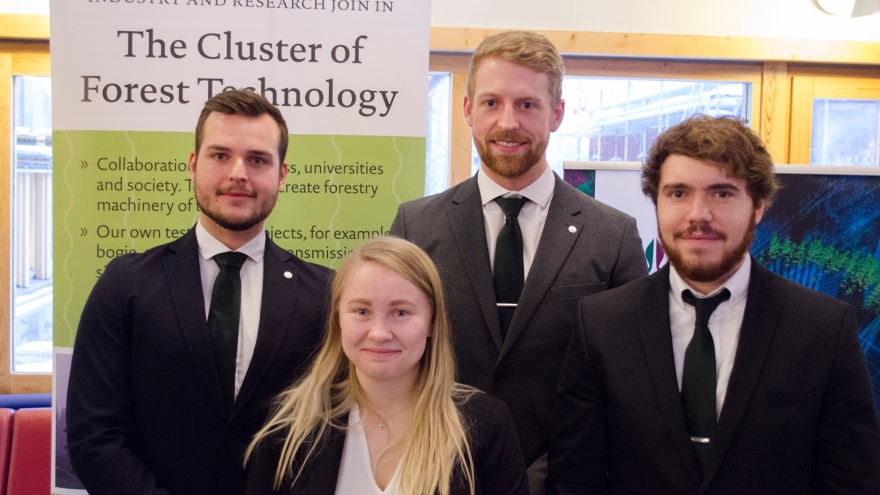 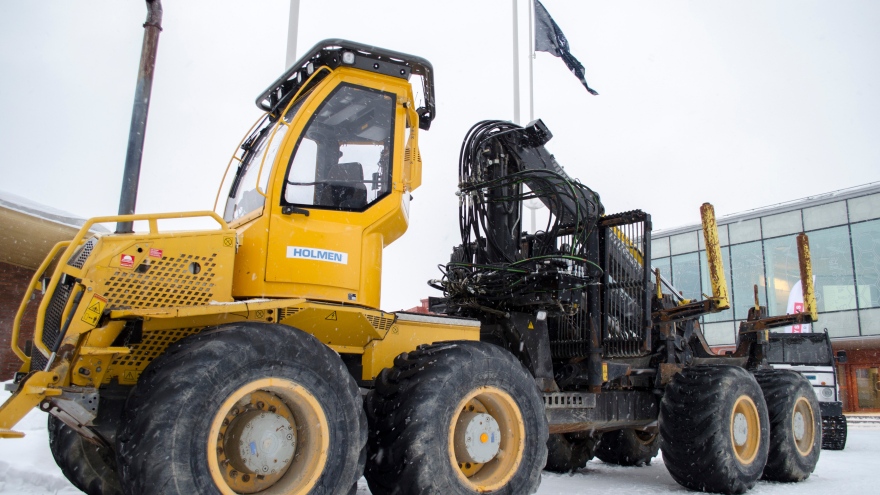 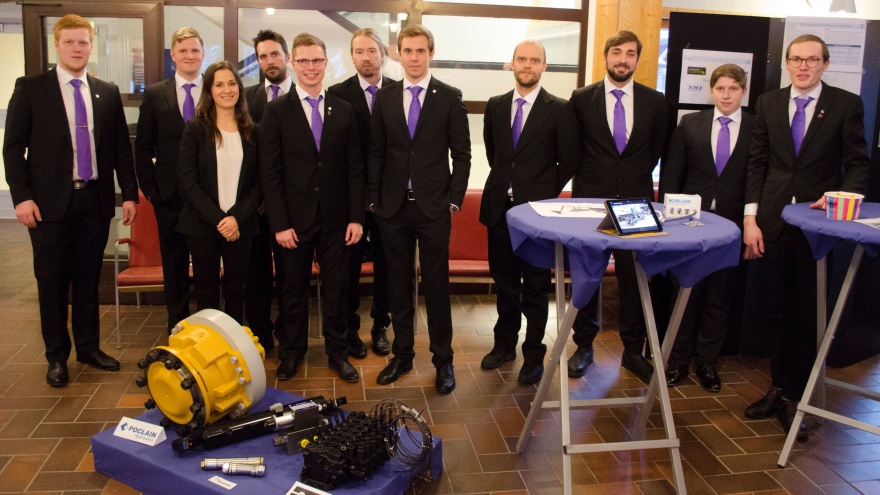 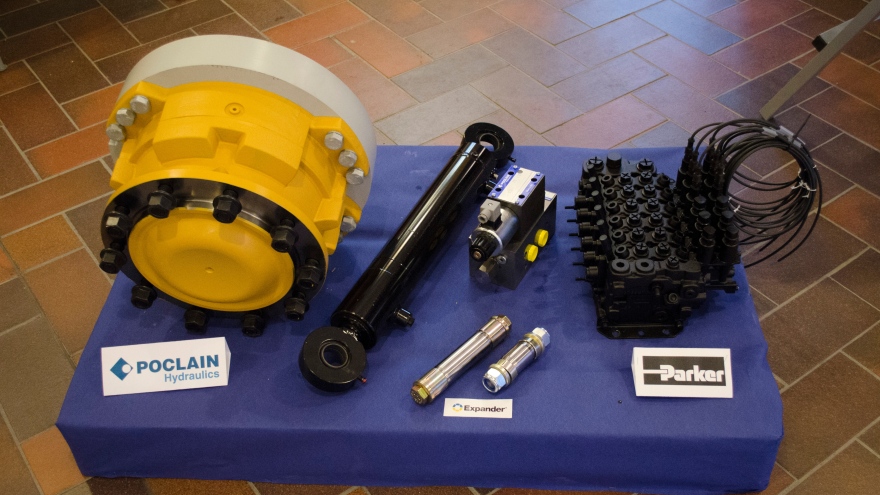 These students have improved the driveline to the Bvs10 Beowulf tracked vehicle for BAE Systems Hägglunds. Photo: Ted Karlsson. 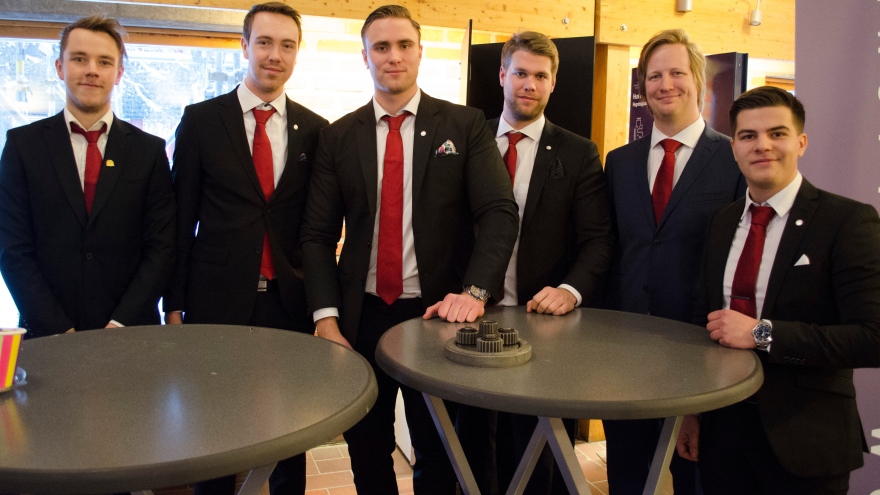 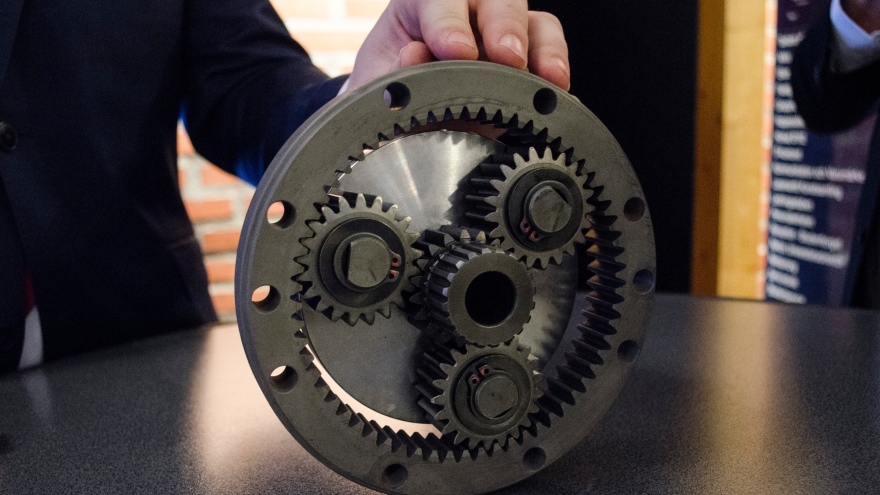 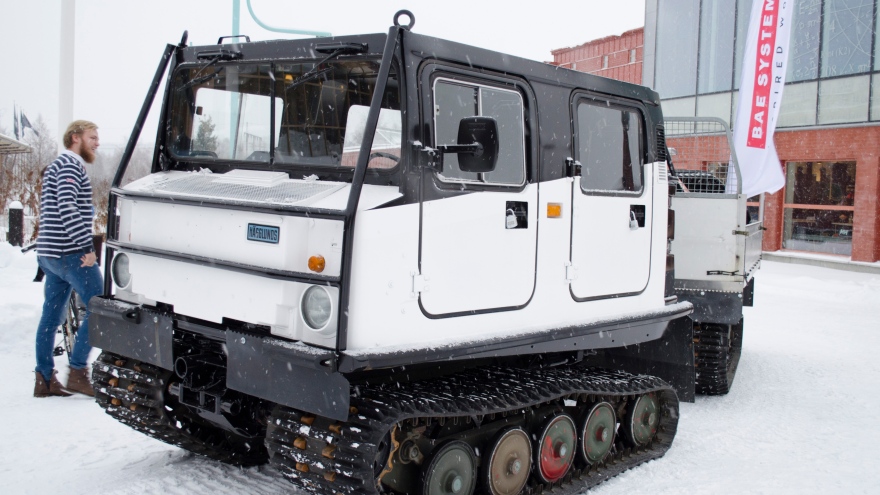 Group that had developed an improved gearbox for the truck company Scania. Photo: Ted Karlsson. 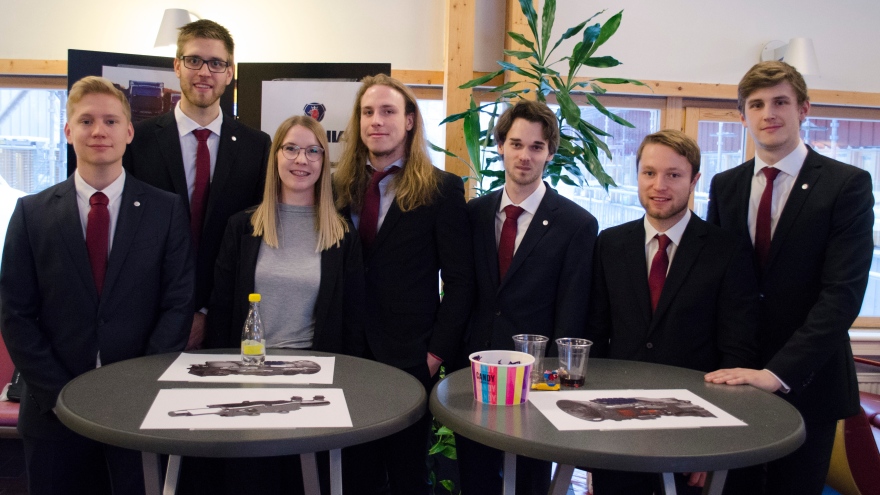 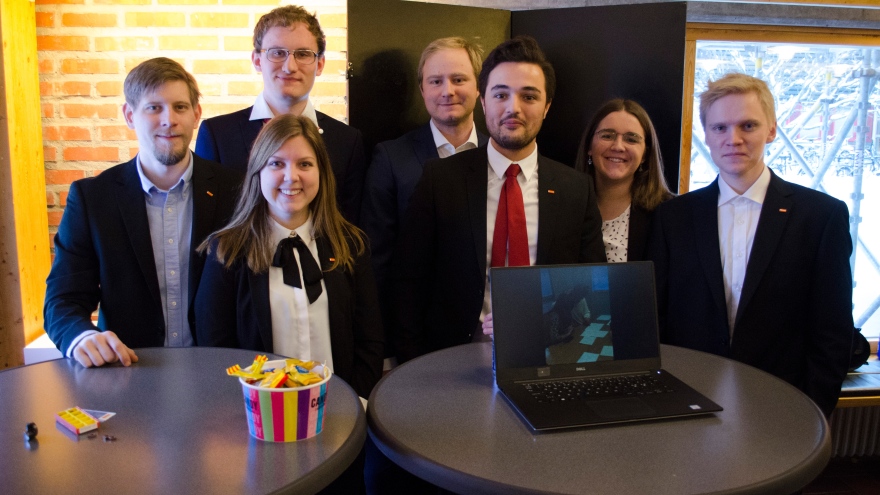 Martin Karlsson was the conferencier for Sirius 2017, which was presented in B192. Photo: Ted Karlsson. 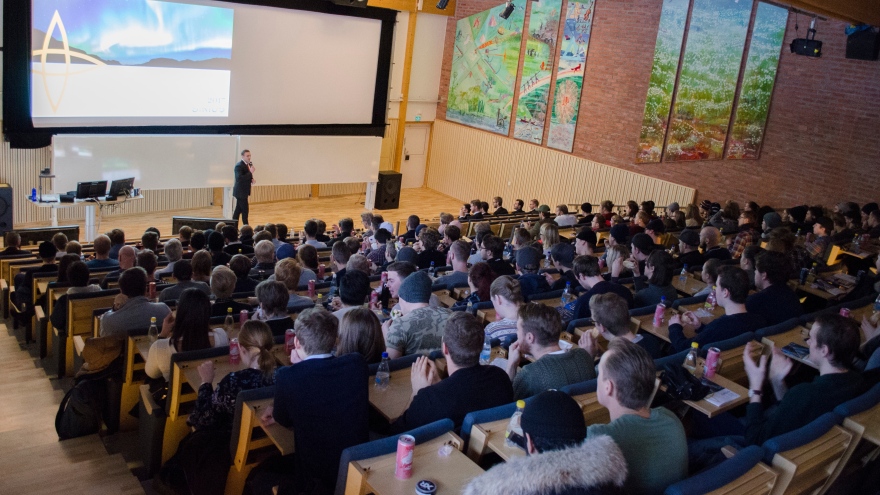 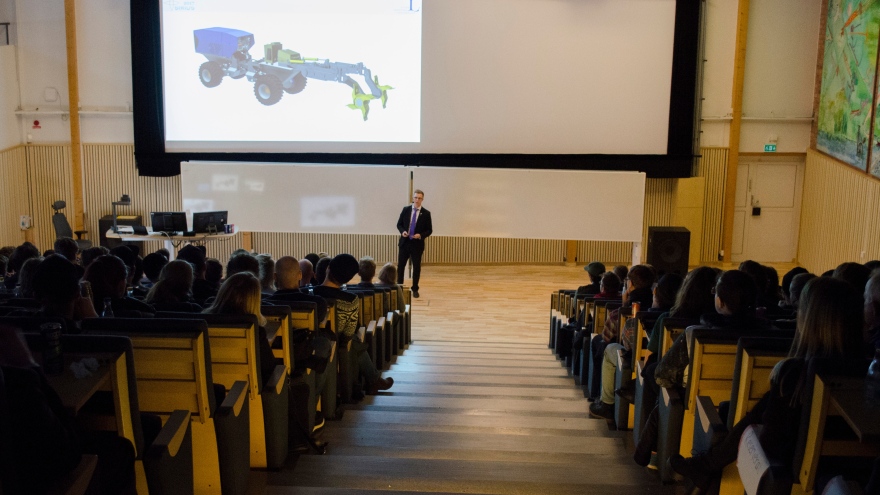 Of the five projects in this year's Sirius course, two were about smart forestry machines, with the aim of making forestry operations more efficient, safer and more environmentally friendly. This was done in collaboration with, among others, the Kempe Foundations, the Cluster of Forest Technology and SLU. One project is an autonomous terrain vehicle that will be used as a research platform to test different methods, technologies and tools for soil preparation. Work on the platform started in 2014, and in this years Sirius project course students have made great progress.

– The old offroad forestry research vehicle weighed about 3.5 tonnes with a load capacity of 800 kg. Our machine is more powerful and weighs 8 tons, is more secure, and can load three tonnes. It has a modular design, which means it can be equipped with, for example, different wheel options and cranes. With the help of GPS and sensors, it will later be able to navigate on its own and avoid obstacles. The development of the platform has taken a lot longer than we thought, and that's something I take as a lesson for the future, says Axel Wallenberg, who is studying the fifth and final year Master of Science Programme in Mechanical Engineering at Luleå University of Technology.

The second project that also involved forest work was called the smart crane. There the students have worked with a crane for a forest machine that is equipped with computers and sensors which make it easier to handle, either from the cabin or via remote control. It is also adapted for future automation. The purpose is to make Swedish forestry machines competitive for the future.

– It has been fun working with product development. There are many pieces that has to fall into place, and sometimes things happen which you can't influence. Working in a sharp project for seven months has been a great learning experience, says Viktor Andersson, student at MSc in Mechanical Engineering.

May lead to patent applications

Other projects in the Sirius course were to improve the driveline of the Bvs10 Beowulf tracked vehicle for BAE Systems Hägglunds, to develop a user-friendly cutting tool for Sandvik Coromant and to improve a gearbox for Scania's trucks. These projects were so successful that patent applications may be realized in the future.