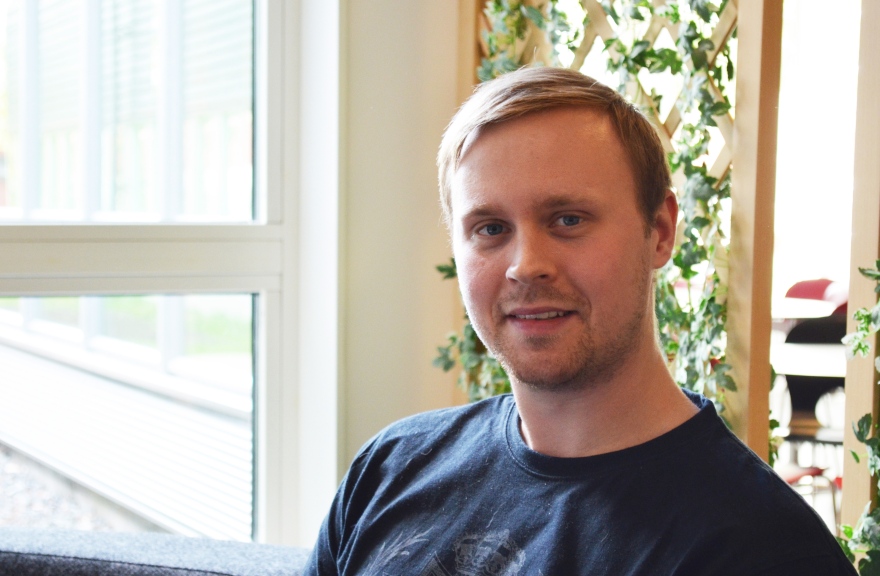 Håkan Lideskog, PhD-student in the research area Computer Aided Design and works at the Faste Laboratory, Luleå University of Technology

Machines instead of humans

Håkan Lideskog is a PhD-student in the research area Computer Aided Design at Luleå University of Technology and works at the Faste Laboratory and a project financed by the Kempe Foundations. His research focuses on developing a technique to avoid obstacles on a clearcut area in connection with soil preparation and planting.

– Today afforestation is primarily manually performed, being adverse on both soil and people. Often workers who lack experience in afforestation are being used and it may take one or two years before they learn to plant in a biologically correct way. If the manual planting could be replaced by machines, quality would be increased substantially, Håkan Lideskog says.

The research is about developing new technology that allows machines to only dig where they can and need to dig. On a clearcut area it is important to avoid rocks, stumps, stumps, slash and other obstacles. When fewer planting points are used, there is less wear on the forest.

So far, Håkan has conducted literature studies. It is important to find out what needs to be measured, is it the density of rocks, water in the ground or something else? It's about finding the technique or combination of techniques that shows where you can dig even before it is dug. At a later stage it may be necessary to conduct research out in the woods. Then Håkan probably will have to use equipment that can validate the results, whether it is above or below ground.

Biomass as a functional product

Håkan Lideskog's research is also about understanding the concept of functional products. What distinguishes traditional goods and services from functional products is that in the latter, hardware, service and a supporting system is combined and the customer only pays for the function. Håkan explains how functional products can be linked to the forest industry:

– If we can go from manual planting to efficient mechanized planting, it will be easier for the companies involved to figure out what planting costs. Then it may be possible to sell the growing biomass as a function. SCA for example, they manufacture paper and want to produce paper as good as they can. If SCA gets their timber with some certainty it will not suffer in production output. For SCA, it would be better if another company focuses on the forest to grow as much biomass as possible, then SCA instead become a buyer of the functional product and can focus on their core business, Håkan Lideskog says.

Working as a PhD-student is something Håkan enjoys. The main benefit is the flexible working hours, which suits him well in his current life situation.

– Flexible working hours is a great advantage when we have a child, and we will soon have two. The environment at LTU is stimulating and a good thing is the personal network I can build being a scientist. If I'm going to mention something negative, it is that there is always something that gnaws in mymind, something I have to solve. At the same time, it forces me to think and solve problems, which is fun and stimulating.