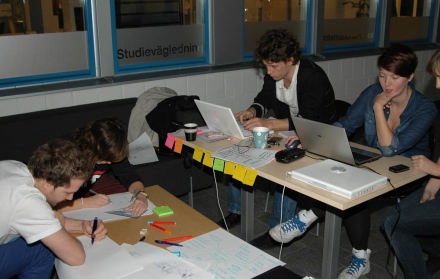 One of the teams focus on the work

The task was to "Create the Future Student housing"
during 12 hours the teams has to develop a concept for future student housing.

During the day the teams was guided trough the different phases of innovation process by 4I4I.

After 12 hours of work the teams has to pitch their ideas before a jury, which will select four teams going to the finals - then it's up to the audience! 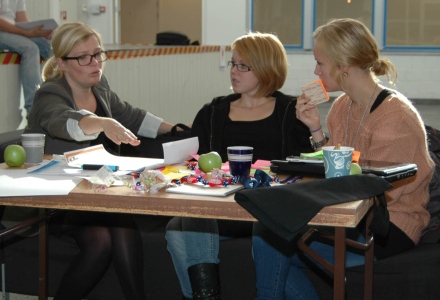 One of the teams is coached by Lassinanti

During the day the teams wassupported by various experts from LTU from Energy, Industrial construction, Functional Product Development and the race sponsor Lindbäcks AB The students also got training in pitch teqniques, and voice training by Nanna Helgadóttir. 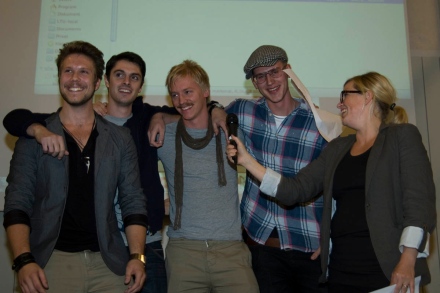 To the finals four teams was selected by the jury and they were pitching their idea one more time before a large number of students who then voted on the proposal they liked best. The winning team was Vision with it's members: Daniel Cook, Jon Shore, Chris Sveder, Björn Nygren and Borjan Tasic. 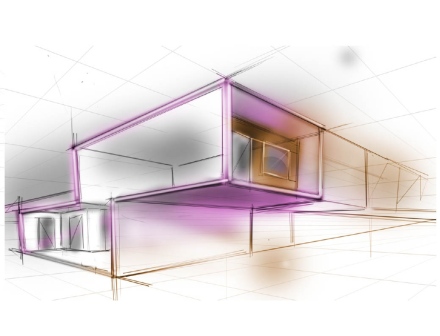 Four I:s for Innovation
The method that was used during the 12h race