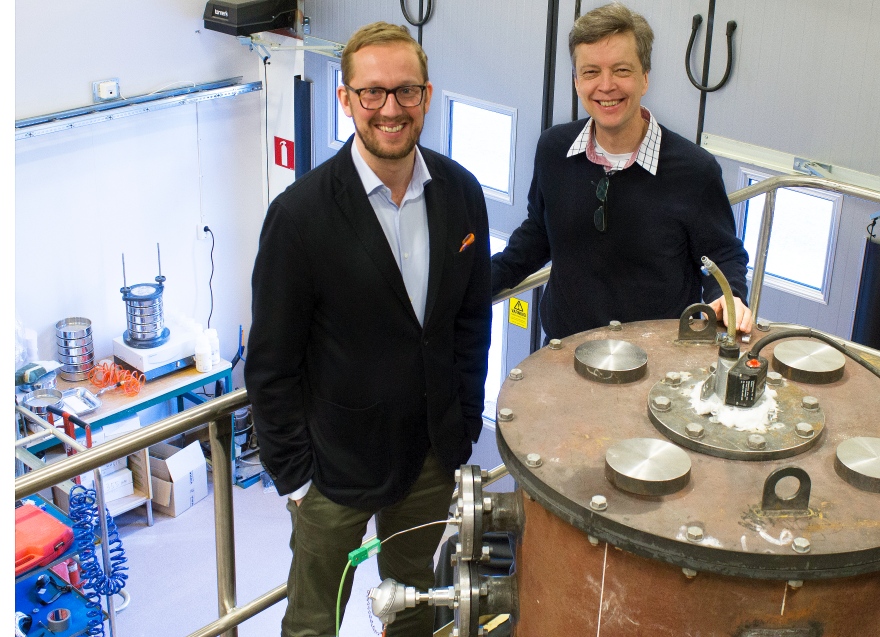 Luleå University of Technology (LTU) is the principal of the SFC where KTH, Chalmers and Energy Technology Centre (ETC) also have significant roles. Head of the Centre has since inception been Richard Gebart, a professor at LTU and now it is time for him to hand over the leadership to Joakim Lundgren, an assistant professor at the university.

- It's very nice to know that the SFC is in good hands with Joakim Lundgren and it gives me the opportunity to focus on the new Biosyngas program where I have a similar role as I have had in SFC with coordination of a very large platform, said Richard Gebart.

- I have followed the SFC through my work with Bio4G (Bio4gasification). To now take over from Richard Gebart and lead the entire SFC feels incredibly inspiring. Rikard has really done a great job and to step in and take over what he has achieved is a challenge, says Joakim Lundgren.

The operations of the SFC is conducted at three nodes where three different gasification techniques are studied. 32 senior researchers and 36 graduate students are included in the SFC and the total budget is 540 million SEK over ten years. The major investment is justified by the Government and Parliament goal to Sweden's fleet to be independent of fossil fuels by 2030.

- Joakim Lundgren also contributes with a clearer system perspective in the otherwise very technically focused SFC. In addition, the interface with Biosyngas program many so we will continue to work closely together, says Richard Gebart.

Research program's first phase includes two years with a budget of over 58 million, of which over 19 million allocated by the Energy Authority with other parts from academia and industry. A 1/9-del of the funding comes from the strategic research project Bio4Energy.