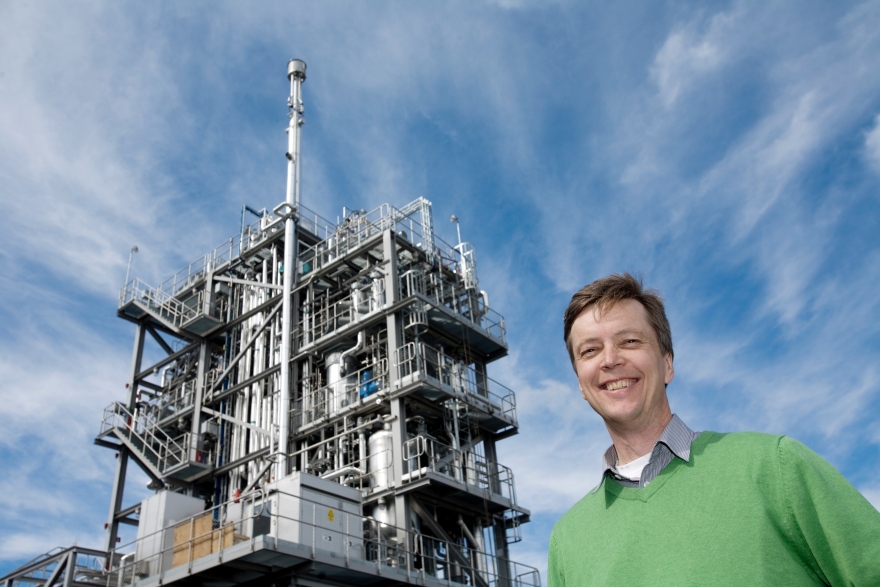 In this week the first conference of the newly formed SFC's  took place, and a large number of researchers and industry representatives in the biomass gasification in Sweden were participating. SFC is a forum where industry and scientists meet to develop biomass gasification on a large scale. The idea of ​​the SFC is to develop gasification-based processes to replace today's fossil fuels, with  equivalent products, produced from biomass. The government has set a target, that all Sweden's vehicles sholud be independent of fossil fuels by 2030.

- Making fuel from forest fuels has by many been identified as an important component of Sweden's energy supply in the future. During the SFC's first conference, we have presented  LTU research on pressurized gasification of wood fuels, conducted in cooperation with the energy company IVAB in Piteå, says Professor Richard Gebart, director of the SFC and adjunct professor at the Luleå University of Technology, who is also president of ETC (Energy Technology Centre in Piteå).

In April 2009, the EU Directive on the promotion of renewable energy was adopted. By 2020 49 percent of the Swedish gross energy consumption, shall be replaced  by renewable energy.

The SFC is a collaboration between nine universities, two institutes and 23 companies in Sweden, and is led by Luleå University of Technology. Among the companies Fortum, E.ON, Nordkalk, Pite Energi and Smurfit, are representeded.

The project is scheduled for ten years and has a budget of half a billion swedish crowns(sbout 55 million Euro). It is funded equally by the Swedish Energy Agency and the parties involved in the center.

The third technology is entrained flow gasification, and it is developed in cooperation by Chemrec and IVAB, in cooperation with LTU, ETC, Umeå University and the Faculty of Engineering LTH at Lund University. The intended products are DME and Methanol, that can be used in customised diesel and otto ( normally run by gasoline) engines.

- Within the SFC, we are very candid to each other about the research going on and this benefits all. We are increasing our knowledge more rapidly. The research ranges all the way from basic research at the molecular level to how to build industrial gasifiers to maximise their efficency, says Richard Gebart.