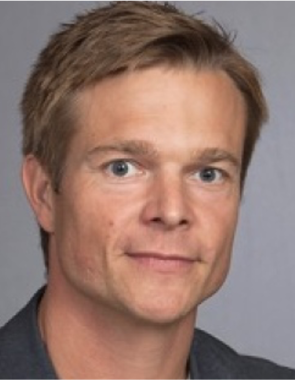 I finished my 2nd cycle (MSc in) Engineering Physics studies at Luleå University of Technology (LTU) in December 2001 and started my 3rd cycle studies directly thereafter. In September 2006, I defended my computational tribology biased thesis entitled On the Effects of Surface Roughness in Lubrication, which comprises 7 papers on models and methods enabling numerical analysis of the effect of surface roughness in lubrication. After my dissertation, I moved to England to carry out 2-year postdoc (all of 2007 and 2008) under the Marie Curie Transfer of Knowledge act, at Shell Global Solutions in Chester. I returned to LTU in January 2009 (doing 80% research and 20% teaching) on a 5-year contract granted funding from The Swedish Research Council (VR). In November 2010 I became Docent and I received funding from the Marie Cure actions. In January 2012, I was employed as an Associate Professor and given the responsibility for the modelling and simulation branch at the Division of Machine Elements, Luleå University of Technology. During next five years I participated in VR projects, was the project leader for the industry-funded project Metal-2-metal seals, and I was granted funding from VR as project leader for the computational tribology project; New Concepts in Thin Film Flow Modelling, Swedish Research Council (2014-4894).

In May 2017, I was appointed Professor of Machine Elements. I’m currently the scientific leader for the 4-year computational tribology project; Multiscale Topological Optimisation for Lower Friction, Less Wear and Leakage, Swedish Research Council (2019-04293) financed by VR and I run student projects (detailed below) in cooperation with both academic and industrial partners. Since 2004, I’ve published over 80 peer-reviewed journal- and conference papers and my H-index is 25Google Scholar. The majority of the publications are modelling and simulation biased. I’ve been involved in the development of new applied math and in the application of novel multiphysics and multiscale models and methods to the field of Tribology. Much more applied work is, however, also part of my publication list. In the last 3-4 years, specific attention has been devoted to modelling and simulation of leakage in seals and fruitful collaboration between the Fluid Mechanics, Mathematics and Machine Elements divisions, has been established. Recently, I've started a collaboration with the Machine Learning division and we are developing AI-based methodology for the modelling and simulation of tribological applications.

Since 2019, I'm the Editor-in-Chief for The Proceedings of the IMechE Part J – Journal of Engineering Tribology, which is one of the main journals in the field. I'm a member of the faculty board at LTU. I’ve been a member of the NT-18 review panel for the call in Natural and Engineering Sciences of the Swedish Research Council (VR) (2016 and 2017). I’m also engaged in teaching (1st, 2nd and 3rd cycle courses) and I contribute to the development of engineering education at LTU in my role as coordinator for the M.Sc. Programme in Engineering Physics. Recently, I've been Guest editor of a Special Issue - Multiphysics and Multiscale Models of Tribology in Lubricants.

Andreas is responsible for and he teach a variety of courses related to the topics of machine elements and tribology on the first, second and graduate students:

Examiner for course at advanced level M7033T - Scientific Computing with Applications in Tribology The Course Compendium is Open Access and can be downloaded from DiVA ->here<-.

Other courses offered by the Division of Machine Elements:

I have supervised a number of Master Degree Projects. In particular F. Xavier Borras: Multiphysics Modelling of Spring-Supported Thrust Bearings for Hydropower Applications presented at the 2012 COMSOL Conference in Milan, Italy.

On the stiffness of surfaces with non-Gaussian height distribution (2021)