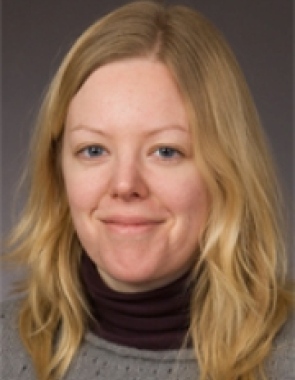 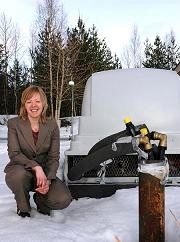 Borehole heat exchangers are used to extract heat or cold from the ground. This technique has been used since the end of the seventies and is basically, in Sweden, a water filled borehole containing a single u-pipe. A heat carrier fluid is circulating inside the u-pipe, transporting the heat or cold from the borehole.

There are more than 200 000 thermal boreholes in Sweden, connected to detached houses and about a few hundreds of larger borehole systems. In these systems movements in the groundwater will influence the efficiency of the heat transfer. This projects aim is to investigate the influence on the heat transfer from groundwater movement in form of natural groundwater flow and from natural convection caused by the temperature variations in the groundwater filled borehole. This is investigated by using in-situ thermal response test and through model simulation.

Measurement equipment for thermal response test (TRT) was developed during the mid nineties by LTU, Sweden and OSU, USA. These test estimates the design parameters, effective ground conductivity and borehole thermal resistance, for borehole heat exchangers. Even though the method is in use in several countries and have been for several years there is still need of improvements and standardisation of measurements performance and analysis method. This projects aim is also to investigate how groundwater movements influence the result from TRT and how to perform the analysis of the test in order to get dynamic design parameters.

Review of models and procedures for modelling urban snowmelt (2016)