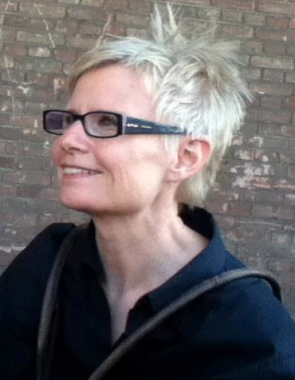 Åsa Unander-Scharin (PhD, Professor), is an artist-researcher active in the intersection between opera, dance, digital music technology and robotics. In 2008, Åsa Unander-Scharin recieved her PhD in Musical Performance (LTU) for her doctoral thesis: Mänsklig mekanik och besjälade maskiner/ Human Mechanics and Soulful Machines. She has since published her collaborative research in co-written articles in journals and at conferences in the field of Art, Science and Technology.

In 1998 her first robot choreography The Lamentations of Orpheus was awarded an honorary mention from VIDA 2.0. and in 2014 it was performed again live at the Gothenburg International Science Festival . Her mechatronical puppet Petrushkas´ Cry received the special prize from VIDA 9.0 and was presented at the ARCO International Contemporary Art Fair in Madrid 2007, and in 2012 her robotic swan Robocygne inaugurating the International Tanzmesse at Deutche Oper am Rhein in Düsseldorf.

She has choreograhed the Nobel Banquette and two dance films for the Swedish Television. Recently works are Opera Mecatronica performed at the Swedish Royal Opera House, Rotterdam Opera Days and the Liszt Academy, Sing the Body Electric at Swedish Theatre Biennale and Cape Town Opera, Varelser&Ballader for Musica Vitae, and Fragmente to music by Makoto Shinohara.

Since 2015 she holds a position as professor and deputy scientific leader of Innovative Art and Technology at Luleå university of technology, and years 2013-15 she was member of The Committee for Artistic Research at The Swedish Research Council.

Video exceprts and more information about her artistic work can be found at https://www.operamecatronica.com